Naomi Osaka loses in first round of French Open 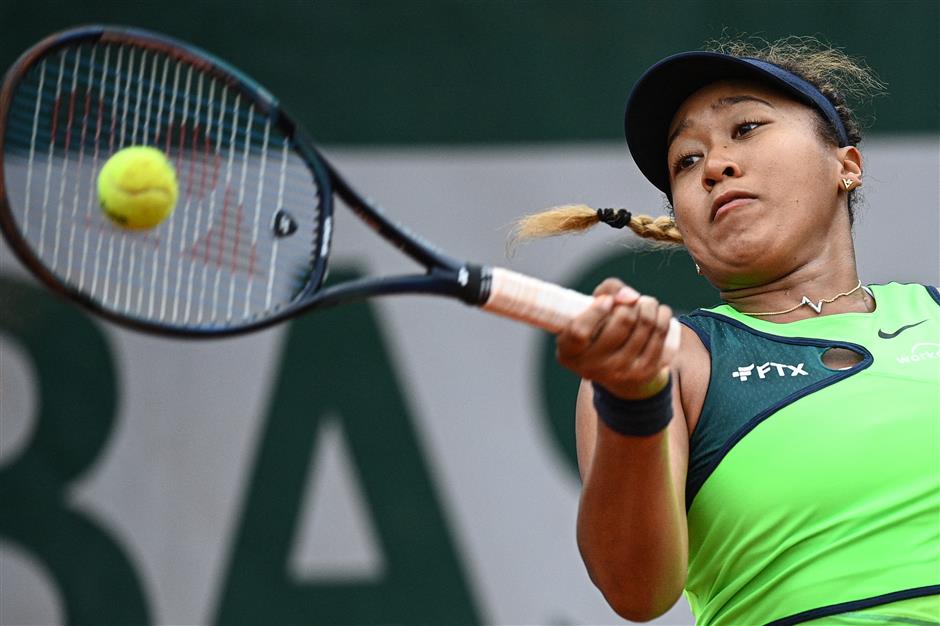 Japan's Naomi Osaka returns the ball to US' Amanda Anisimova during their women's singles match on day two of the Roland-Garros Open tennis tournament at the Court Suzanne-Lenglen in Paris on Monday.

Naomi Osaka was knocked out of the French Open in the first round on Monday, 12 months after controversially quitting the tournament.

The error-plagued Japanese star was defeated 7-5, 6-4 by Amanda Anisimova of the United States, serving up eight double faults and committing 29 unforced errors.

Former world number one and four-time major winner Osaka withdrew from Roland Garros in 2021 when she refused to honour mandatory media commitments before revealing she had been suffering from depression.