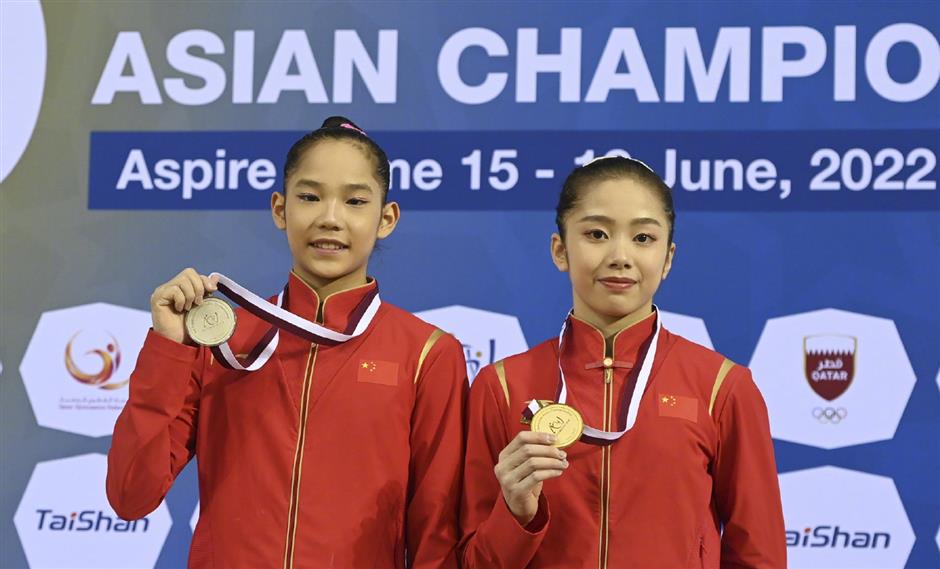 Lan put on a high-standard show on the rings as he narrowly edged off Iranian gymnast Mahdi Ahmad Kohani to claim the gold at 14.500 points. Lin Guan-yi from Chinese Taipei pocketed the bronze.

Due to the new Code of Points, the ring frame was raised by 10 centimeters and a 10-centimeter supplementary mat was added, while taller gymnasts can remove the mat by official request. Lan and his coach removed the mat before handing their request and thus his total was deducted by 0.500 points.

"It's a good thing since we're reminded to pay more attention toward the details of the new changes in rules," said Ye Zhennan, vice president of the Chinese Gymnastics Association.

In the women's vault event, Yeo Seojeong from South Korea jumped to the top podium with 14.084 points. Miyata Shoko from Japan took silver with 13.884 and Pranati Nayak from India won the bronze with 13.367. Oksana Chusovitina, who will turn 47 years old two days later, finished fifth with 12.600.

Philippine gymnast Carlos Edriel Yulo put on a strong performance on men's floor, snatching gold medal with 14.933. Yang Jiaxing from China got the same points with Kim Hansol on 14.333, but the South Korean gymnast won the silver by tie-break rules.