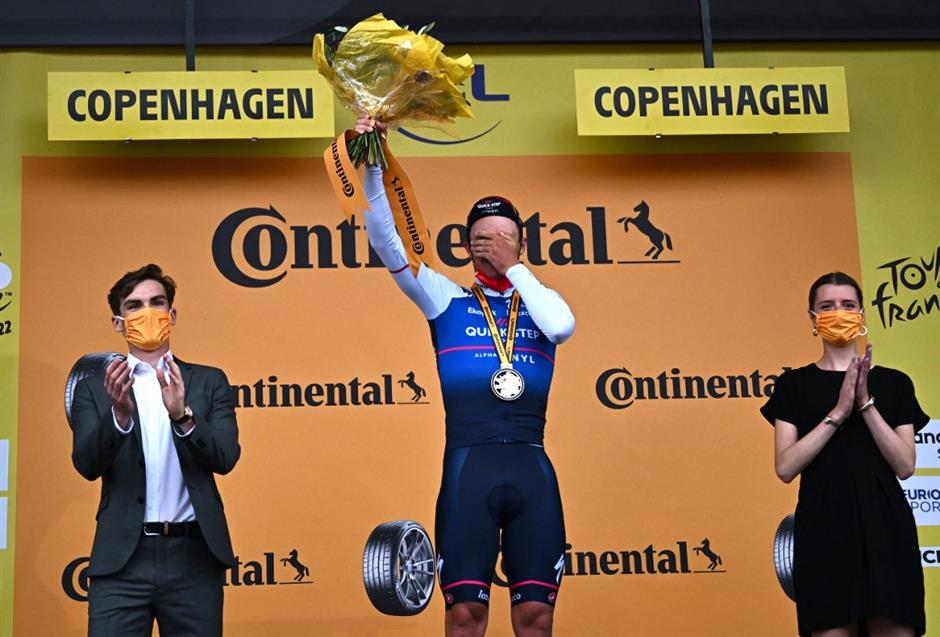 Belgium's Yves Lampaert and Wout van Aert finished one-two at the opening stage of Tour de France as the most northerly Tour start in history took place through the wet streets and boulevards of the Danish capital city of Copenhagen on Friday afternoon.

Jeremy Lecroq of France was the first of 175 riders, including 10 Danes, to roll down the starting ramp and begin racing on the city's wet roads.

Despite the occasionally treacherous conditions, Lampaert and Van Aert won the first and second places of the opening stage, with times of 15 minutes and 17 seconds and 15 minutes and 23 seconds respectively.

Mads Pedersen and Jonas Vingegaard were the fastest Danes but both came in 15 seconds behind Lampaert, whose victory lays a solid foundation for Saturday's second stage in Denmark.

The second stage of the Tour moves 30 kilometers west of Copenhagen to the city of Roskilde, where riders will compete for the yellow jersey in a 202.2-kilometer race with modest climbs between Roskilde and Nyborg.

In 2022, four countries, Denmark, Belgium, Switzerland and France, will be represented on the Tour de France map, the most since 2017.

It is the second time Denmark has hosted a Grand Tour start. The inaugural Giro d'Italia began in the Danish city of Herning, 310.3km northwest of Copenhagen, in 2012.