Zhou looks forward to the next race after Silverstone crash

Motor racing fans were greatly relieved to see Zhou Guanyu , China's first Formula One driver, return to the paddock following his dramatic crash at the start of the British Grand Prix on Sunday.

It began at 10pm Beijing time.

Zhou , who started from the ninth spot, was involved in a crash with George Russell and Pierre Gasly . His Alfa Romeo flipped over, slid off the track, and collided forcefully with the barriers. He avoided a serious injury because of the Halo crash-protection technology, and by the time the race was through, the medical facility deemed him healthy and released him. 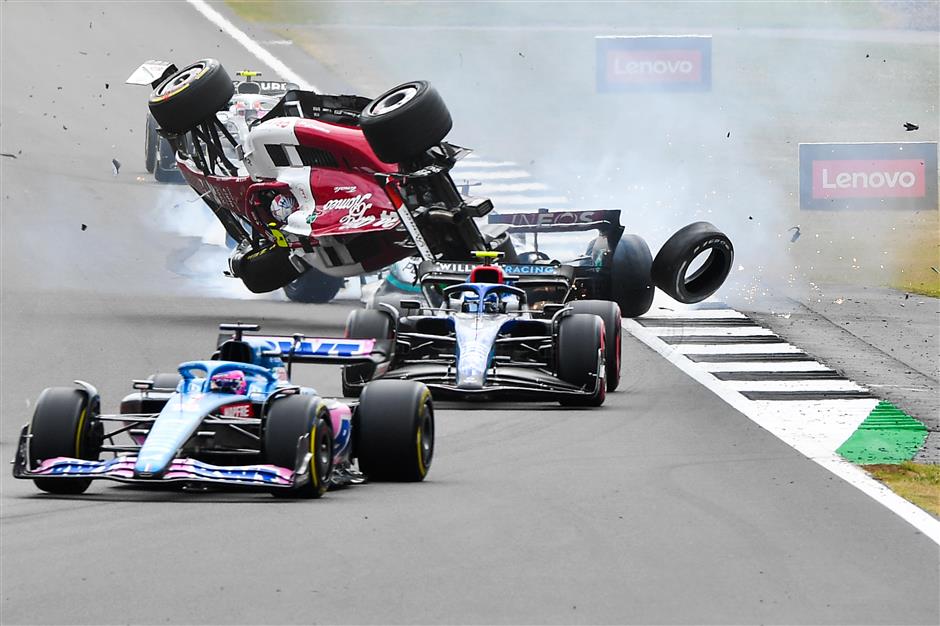 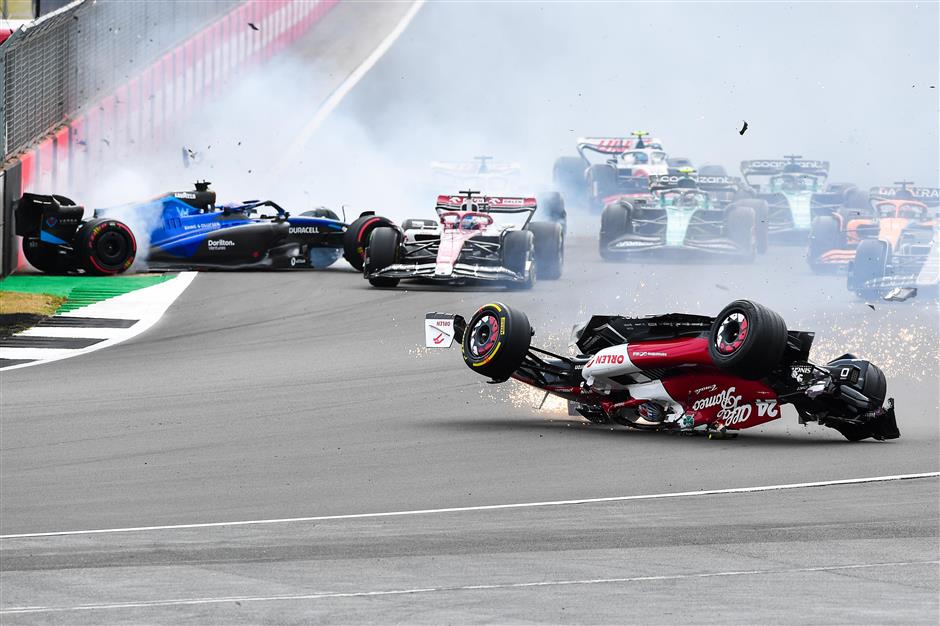 Zhou Guanyu's car is upside-down and slides off the track following a collision during the British Grand Prix.

The 23-year-old assured his fans of his condition through his official Weibo account.

"I'm fine," he posted. "I am fortunate to be able to stand here. Halo saved me today. Thank you all for your concern."

Chinese fans were looking forward to the race as it was Zhou's best starting position in the previous 10 races. 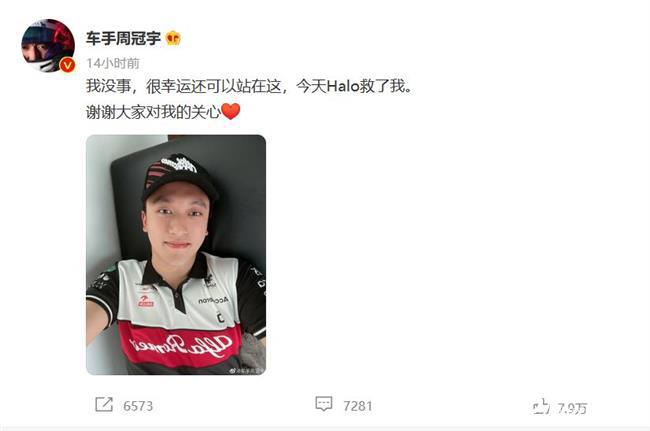 Zhou confirmed he was safe on his official Weibo account.

Zhou claimed he was "learning like crazy" over the weekend since it was the first time he was driving on the track in wet conditions. He entered the third round of Saturday's qualifying and outpaced his teammate Valtteri Bottas for the third straight time.

"Every lap and every turn has different grids... I'm happy to show the ability of the car by entering Q3. It's a great start for a rookie," Zhou said before Sunday's race.

There was concern up and down the pit lane when Zhou's car pitched over the tire wall and then into the catch fencing.

"It was a big crash and I'm glad I'm ok," Zhou said on Sunday. "The marshals and the medical team at the track were fantastic with their quick response. I also owe my thanks to the FIA ​​​​and F1 for all the work they have done and keep doing, to improve the safety of our cars. Halo saved me today, and it goes to show that every step we take in improving our cars has real, valuable results." 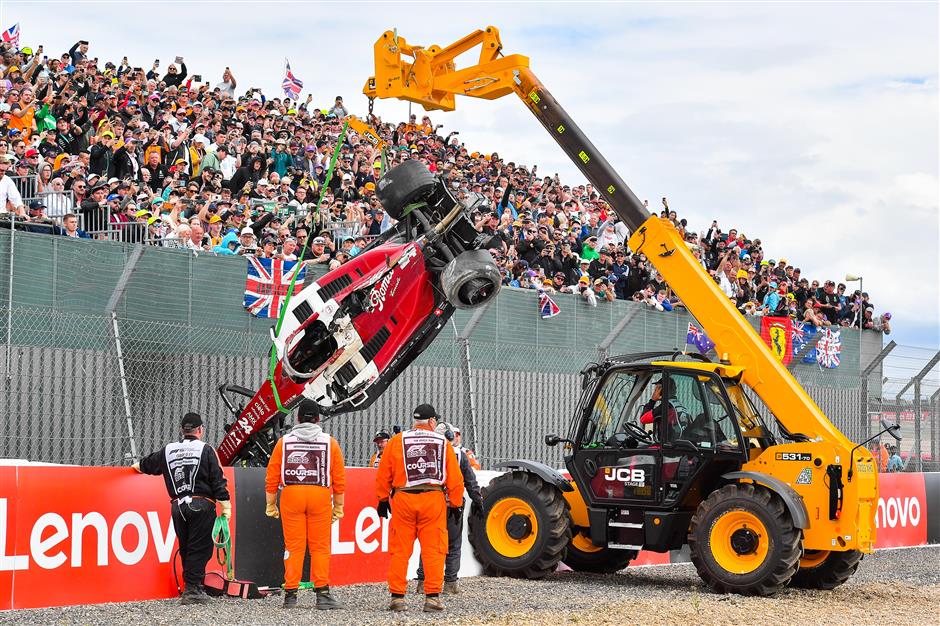 Zhou appeared to be firm and cool when he was seen returning to the paddock at the end of the race. He told F1 chief executive Stefano Domenicali that he was conscious during the crash and was "waiting for the final hit" as he knew it could be damaging. Thankfully, there were no injuries.

"I'm keener than ever to get back on track and do what I love," said Zhou. "I'm fit and I'm looking forward to Austria."

Zhou Guanyu set the tone for his rookie season after finishing 10th in the opening Bahrain Grand Prix in March.

He was one spot off the point zone in the following two races in Saudi Arabia and Australia. But he encountered some setbacks and did not finish the races in Miami, Spain, and Azerbaijan. Coming to Canada in June, Zhou managed an 8th-place finish to collect four points before heading to Silverstone. 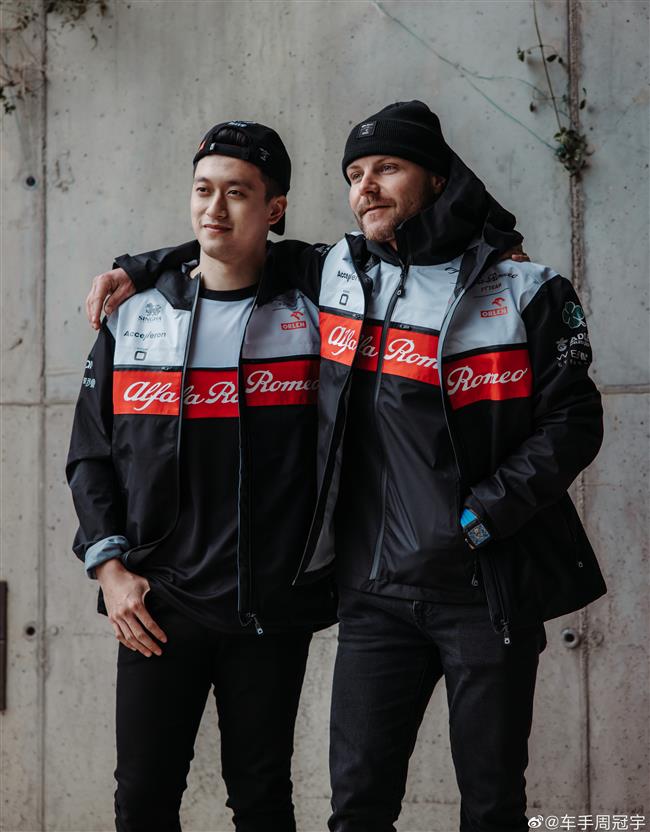 According to veteran F1 commentator Li Bing, Zhou has every reason to feel proud of himself in his rookie season.

"Zhou had a perfect weekend in Canada. He pushed his car to the limit and achieved a position he deserved," said Li.

"At the beginning of the season, we were all uncertain about whether Zhou could start the car smoothly, conquer the curves, become competitive and win points," he said. "And now, from the improving lap times and overtakes on the tracks, we can say that Zhou's performance in his debut season has surpassed a lot of other rookie drivers. Zhou will encounter more challenges and problems, but we can expect more surprises." 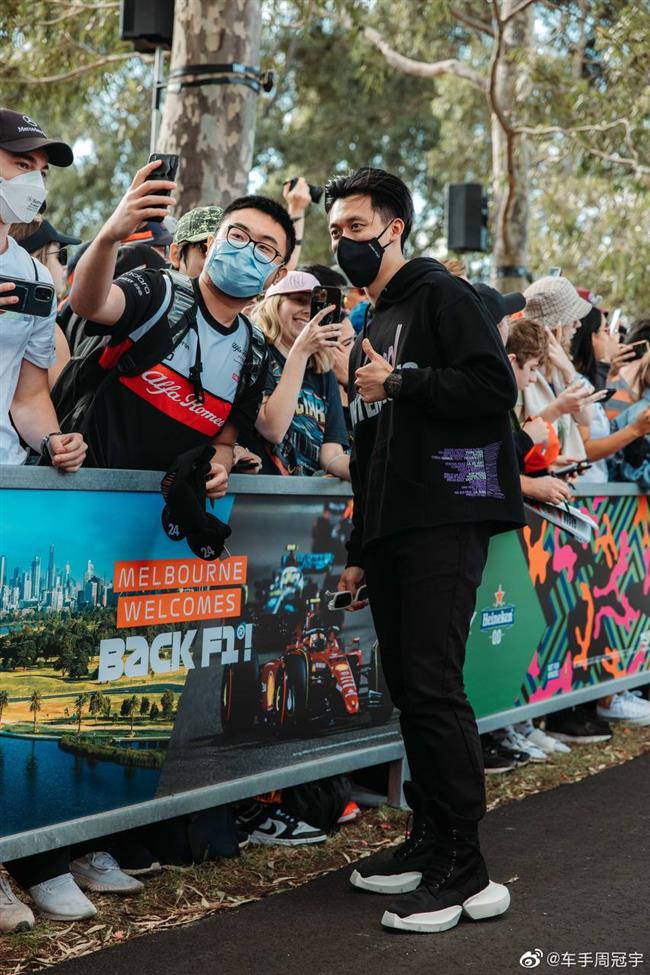 Zhou poses with fans in Australia.

Zhou is one of the reasons that Chinese motor racing fans are staying up late for F1 races again.

"I used to follow Michael Schumacher . I have not watched F1 for years," motor racing fan Li Tao told Shanghai Daily. "Now I'm back watching the race to see Zhou create history as a Chinese driver. It would be fantastic to see him race in Shanghai in front of the home crowd in the future."

Li's wish is every Chinese motor racing fan's dream. The Chinese Grand Prix has been missing from the F1 calendar since 2020 due to the COVID-19 pandemic. It's easy to imagine how excited Chinese fans will be at the Shanghai International Circuit when Zhou gets to race at home.