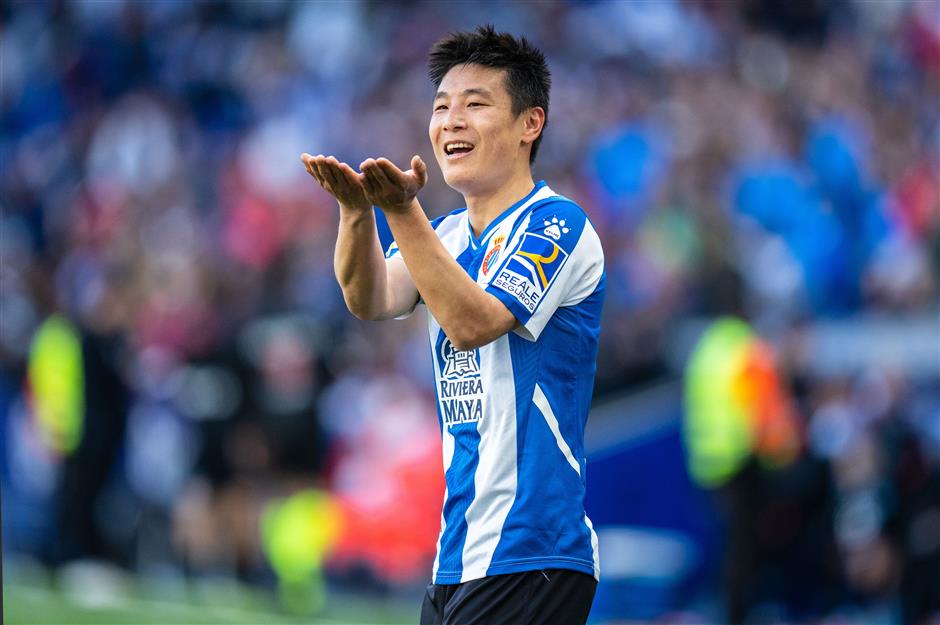 Wu Lei celebrates a goal during the match between RCD Espanyol and Real Club Celta de Vigo at the RCDE Stadium in Barcelona on April 10, 2022.

Chinese international striker Wu Lei has confirmed that he will shortly move back to Shanghai Port from the La Liga side Espanyol.

"It won't be long before you see me playing for Shanghai Port at the Chinese Super League," he told Chinese media on Sunday.

He will have come a full circle with the move back to Shanghai Port, the club he left in January 2019 to join Espanyol.

The 30-year-old striker said he has no regrets over his spell at Espanyol.

"I experienced almost everything, including playing at the Europa League, relegation, promotion and all kinds of other things. I am satisfied with my personal performances and experience," he said.

Wu has a year and a half left on his contract, but Espanyol is reportedly willing to sanction his move to help free up salary to contract new players.

The forward has struggled with a knee problem over the summer and Espanyol's signing of former Alaves striker Joselu and the return of Matias Vargas after a loan spell look to have pushed him further down the pecking order.

The second phase of the Chinese Super League 2022 season will start on Friday with Shanghai Port playing their home games in Dalian.