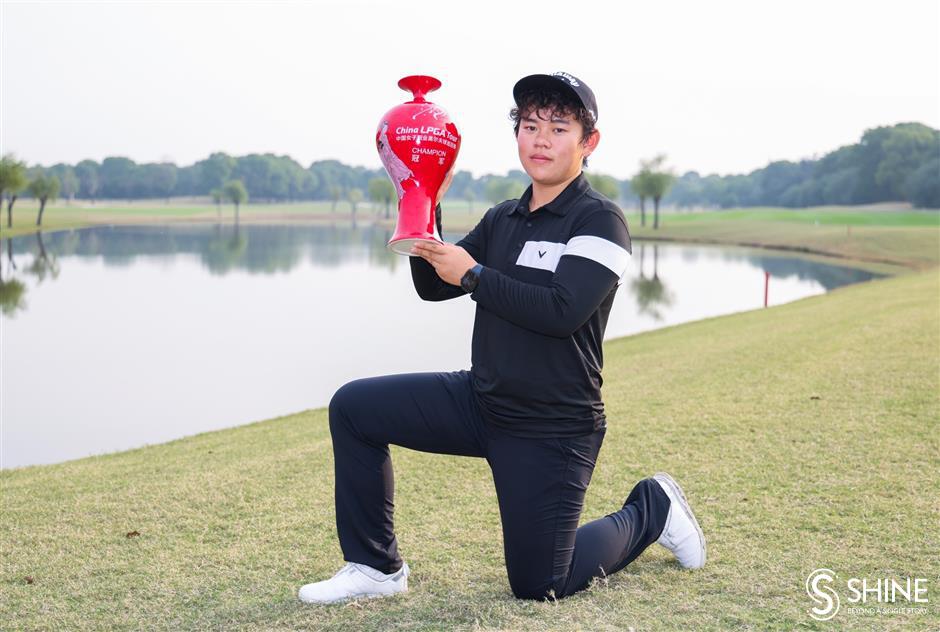 Zeng Liqi captured her maiden title as a professional on Friday as the Chinese teenager closed with a 2-under-par 71 to win the Zhangjiagang Shuangshan Challenge by three strokes in Jiangsu Province.

Amateur Zhang Yahui was runner-up after closing with a round of even-par 72 over the Nelson & Haworth-designed Zhangjiang Shuangshan Golf Club, one shot ahead of veteran Pan Yanhong (71). Overnight leader Zhang Yunjie ballooned to 79 to finish fourth, six shots off the pace.

Sun Jiaze (74) was fifth a shot further back as the Guangdong native fell short in her bid to win three consecutive titles.

After finishing runner-up as an amateur at last year's championship, Zeng made no mistake this time around when she overcame a two-shot deficit at the start of the day to card a round that included four birdies, a bogey and a double-bogey seven on the 529-yard seventh hole.

"Today is the most meaningful day for me. I have been close to being a winner many times but missed it because of some small mistakes. Shuangshan Island has witnessed my progress every year and this year's mentality is particularly obvious. Winning this championship has made me more confident and is reward for my hard work," said the rookie pro.

"At the 16th hole I made a six-yard birdie putt and this made me believe that the championship belonged to me. Last night, I was talking with my coach, Ye Liying, and she thought there was no shortage of strength in my ball striking, rather what I needed was calm. Today, I really did it, except for one bad hole at the seventh where I three-putted."

Zhang Yahui, who was 40th in the most recent World Amateur Golf Ranking, started Friday four shots off the lead but could never mount a challenge, despite the ideal weather conditions. Her round included three birdies, a bogey and a double-bogey six at the 405-yard 11th hole.

"I played very aggressively at the beginning of the day and this was my strategy as the gap was not so obvious. But the greens here are really difficult, this adds a lot of uncertainty to every shot. Overall, I played very mediocre," summarized the 16-year-old Wuhan native, winner of last year's CTBC Ladies Classic.