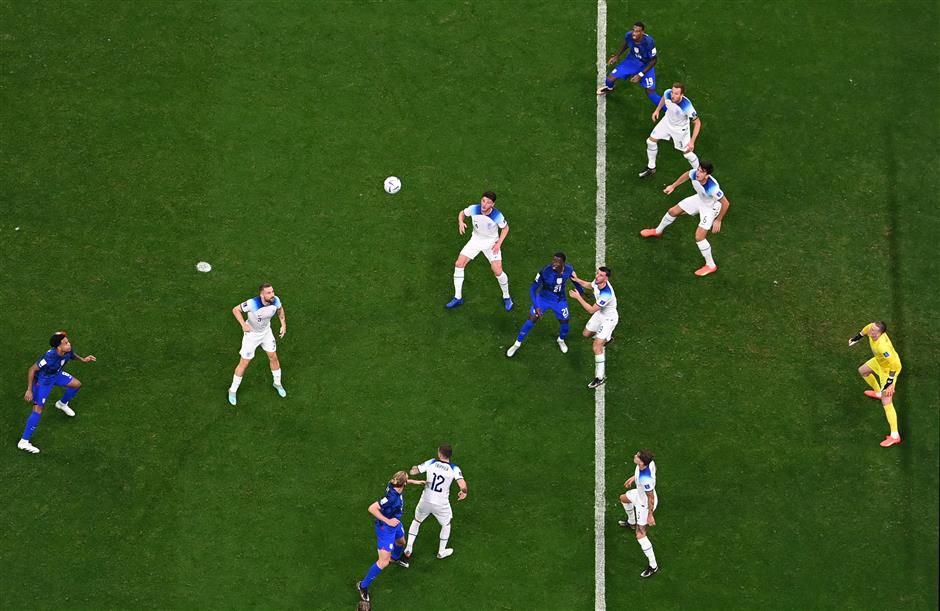 England's goalkeeper Jordan Pickford (right) eyes the ball during the Qatar 2022 World Cup Group B football match between England and USA at the Al-Bayt Stadium in Al Khor, north of Doha on November 25, 2022.

US midfielder Christian Pulisic praised his team's performance in a goalless draw with England on Friday and insisted they could progress to the FIFA World Cup knockout stage.

England had a greater share of possession but managed just three shots on target while the United States had one as both sides lacked a cutting edge in attack.

"I thought it was a very solid performance from the team, obviously against a good opponent," Pulisic said. "There were times when we dominated and created chances and could have won the game. We managed the game well and to come out with a draw is a decent result."

"We've made a lot of people proud back home but the job is not even close to being done. We've got a lot of work to do."

The result at Al-Bayt stadium keeps England top of Group B, a point ahead of Iran and two points ahead of third-placed United States with each team having one group game remaining.

The United States must win their last group match against Iran to progress to the last 16.

"This team has come a long way. It should spark confidence into the last match which is a must-win for us," the 24-year-old Chelsea player said. "If we get through the group we can enjoy that but we are nowhere near where we want to be yet. We still have a lot of work to do in this tournament."