Crazy scooter man makes a song and dance about his arrest

A crazy scooter driver who pretended to be possessed by evil spirits when stopped by traffic police has finally been put in detention after initially escaping arrest.

The man, surnamed Lin, was pulled over on a zebra crossing, at the crossroads of South Longkun Road and Hongchenghu Road, at 8am on July 15, when traffic police suspected his vehicle was not up to road worthy standards. But the electric bicycle rider, from Haikou, capital of south China’s Hainan Province, was far from happy at being stopped and started to behave irrationally.

The 49-year-old man was uncooperative from the off and started singing and dancing erratically on the zebra crossing as four traffic police tried to detain him. Lin lashed out, kicked and punched at the officers before abandoning his vehicle and made an escape from the busy traffic zone.

Local police later said Lin, who works as a security guard, gave himself up the following day and was immediately put in administrative detention for five days. 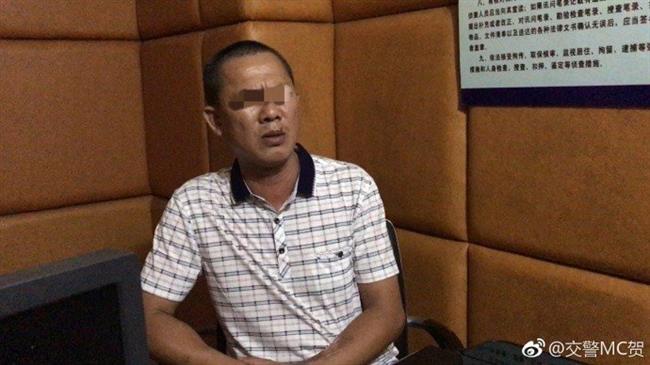 Lin said he made a fuss and pretended to be possessed by spirits in order to escape punishment after he was stopped by the police on his way to work.