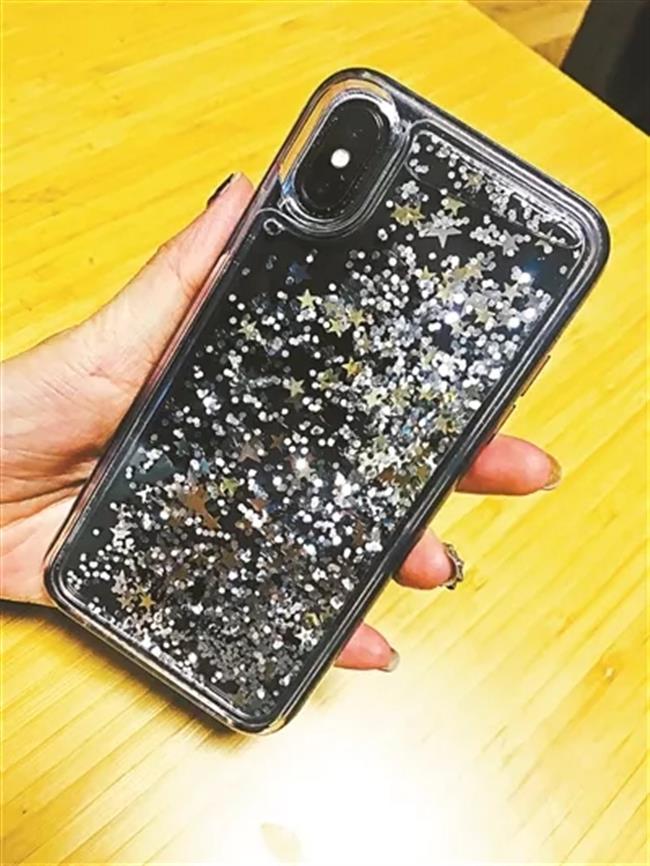 A woman was asked to check in her "liquid sand mobile phone case" by security staff at an airport in Chengdu, Sichuan Province, recently, Beijing Youth Daily reported.

The woman, surnamed Wang, bought the case at about 500 yuan (US$78.7) online several months ago. The case, with a thickness of about 1 centimeter, is filled with liquid and decorations that move when the phone is shaken or tilted.

When Wang passed through the security checkpoint at Chengdu Shuangliu International Airport to take a flight to Beijing, she was asked to check the case in since the liquid content couldn't be verified.

Though Wang explained the case was produced by a formal manufacturer and assured staff the liquid wouldn't leak out, airport security still asked her to follow their orders. As she had no other check-in luggage she finally chose to send her case back home by express delivery.

Wang said she had taken flights before in places including Beijing, Shenzhen and Anshan, but had never been asked to check the case in. She said she wasn't aware when buying the product that it might come under such scrutiny at airports in the future.

When searching on online shopping platforms, a reporter found similar phone cases quite popular, with a price tag of 19.9 yuan (US$3) to several hundred yuan.

Most of the vendors didn't mention whether their cases need to be checked in or are able to be taken on planes.

When questioned, some vendors claimed there would be no problem while others admitted that the liquid in such cases is mineral oil and can't be taken on planes.

One vendor told the reporter that most of the cases on the market used water and mineral oil which was likely to be dangerous as the oily liquid may be flammable. The liquid could possibly leak out from poor quality cases or during improper use, and it may burn the skin of users if high temperatures are present.

Shanghai Hongqiao International Airport pointed out that since such cases contain liquid, no matter whether it's water or oil, they are banned from flights and need to be checked in.

Shenzhen Bao'an Airport said it depends on the amount of liquid and noted that they "may be allowed."

The Civil Aviation Administration of China advised passengers not to carry such cases with them when taking flights to avoid unnecessary trouble.