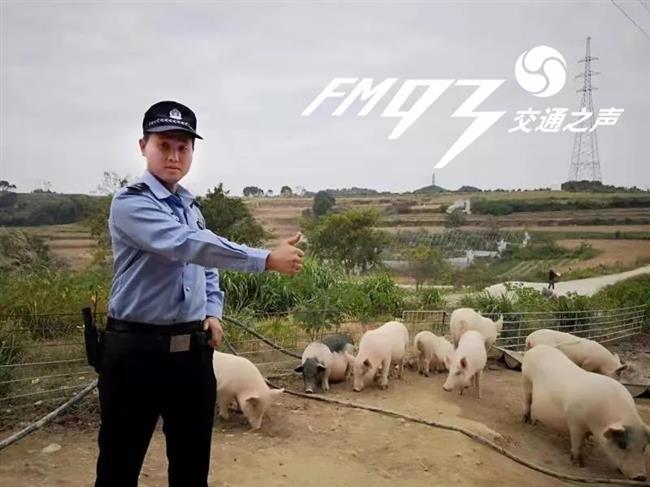 A policeman from east China's Zhejiang Province helped a farmer to sell pigs on his WeChat account, Xinhua news agency reported, in order to settle a neighborly dispute.

Policeman Chen Taohua, from a local police station of the Public Security Bureau of Yuhuan City, received a report from a fruit farmer surnamed Liang, at around 7am on November 13, that his grapefruit farm had been ruined by several pigs.

According to an initial investigation, a total of eight pigs were involved in the rampage, causing losses of nearly 10,000 yuan (US$1,439). The pigs were from a farm nearby, owned by a 45-year-old man surnamed Zeng.

Zeng told police that he wasn’t capable of compensating Liang for his losses until he sold the pigs off. Officer Chen decided to step up and help Zeng by promoting the pigs on his WeChat account.

Zeng’s pigs have now all been sold and the neighbors lived happily ever after. 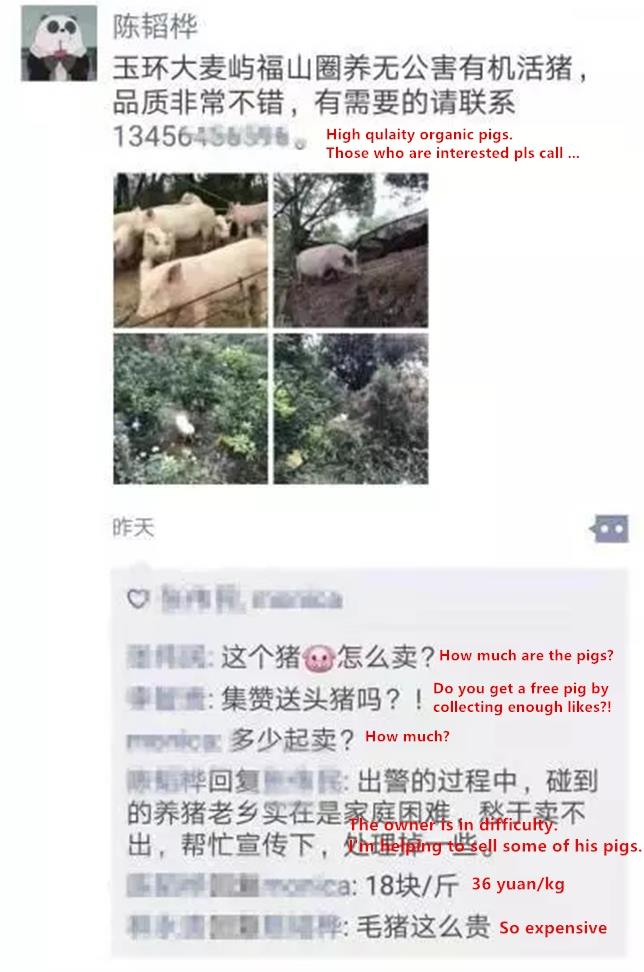 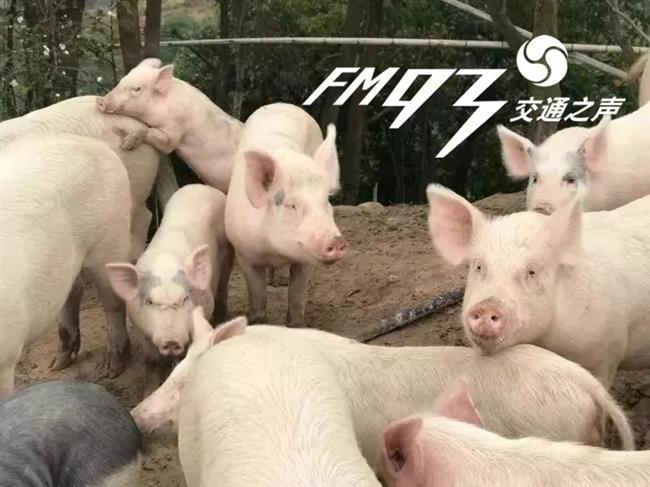