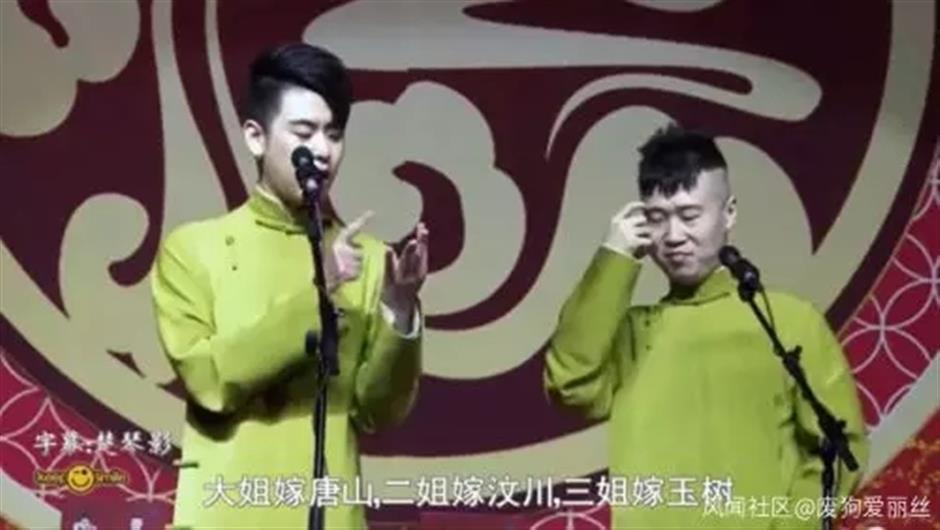 Zhang Yunlei (left) and his partner during a crosstalk show which joked about Wenchuan earthquake.

A crosstalk performer apologized Monday after a joke about the Wenchuan earthquake stirred fury among the public, Shanghai Observer reported.

Zhang Yunlei, a member of the crosstalk Deyun Club, issued an apology on Weibo for "ill-considered content" in his performance and said he would make efforts to improve his "artistic ethics."

A video of Zhang's performance at the end of last year suddenly caught the public's attention on Sunday,  the 11th anniversary of the Wenchuan earthquake.

Though some fans of Zhang thought is was not a serious matter, he was widely criticized.

Zhang wrote in his online statement that he felt deeply regretted and apologized to the public, especially people in disaster areas. He also promised to strengthen his self-discipline and create better work in the future.