US-based electric car giant Tesla said its deliveries surged 87 percent last year to a record 0.94 million with its Gigafactory in Shanghai continuing to be its main export hub whose production of Model 3s and Model Ys ramping up throughout 2021, the company said in its latest financial report.

Tesla has made profits for 10 consecutive quarters.

In the fourth quarter of 2021, it reported a record-high quarterly operating profit margin among all volume Original Equipment Manufacturers, demonstrating electric vehicles can be more profitable than combustion engine vehicles.

It also generated US$5.5 billion of Generally Accepted Accounting Principles net income and US$5 billion of free cash flow in 2021 – after spending US$6.5 billion to build new factories and on other capital expenditures. 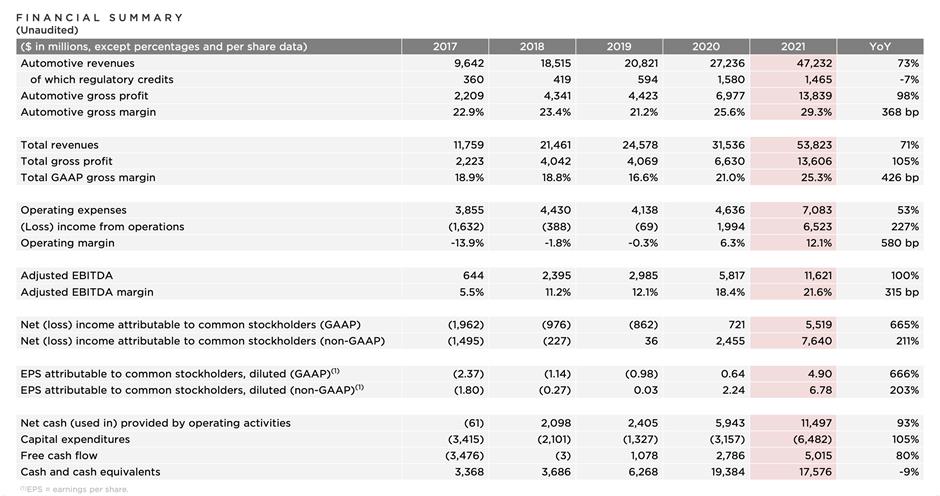 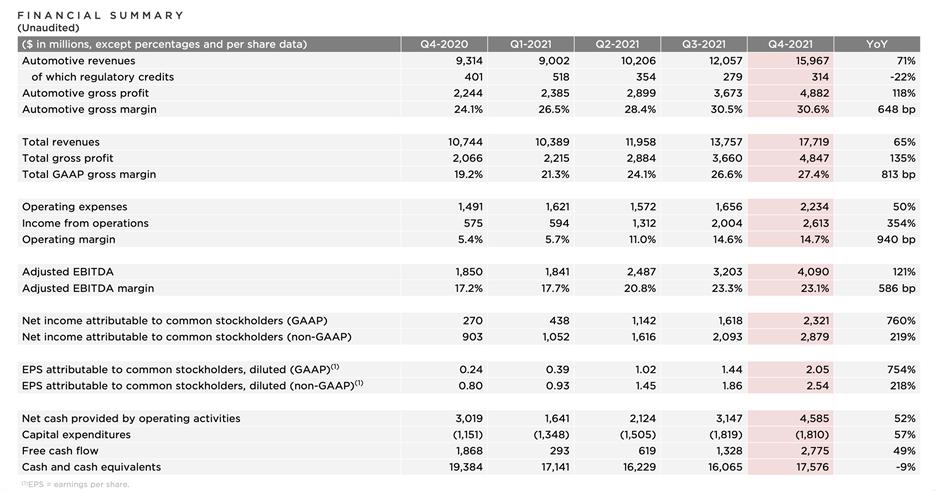 "In the fourth quarter, we saw a continuation of global supply chain, transportation, labor and other manufacturing challenges, limiting our ability to run our factories at full capacity," the company said.

But it still posted the highest ever annual deliveries at 940,000 in 2021 with an annualized vehicle production run-rate of over 1.22 million in the fourth quarter, bolstered by great progress in global factories.

At its Shanghai Gigafactory, production of Model 3 and Model Y continued to ramp further throughout 2021. Local production is essential for reducing the cost per vehicle and improving the stability of the global supply chain.

In the United States, builds of Model Ys started in late 2021 at Gigafactory Texas, planning to start deliveries to customers after final certification of Austin-made Model Y.

"We believe there is potential to extend overall capacity beyond 600,000 per year. We aim to maximize output from our Fremont factory while ramping up new factories."

"We are still in the process of finalizing the manufacturing permit from local authorities, which will allow us to start delivering German-made vehicles in Europe.

"We aim to increase our production as quickly as we can, not only through ramping up production at new factories in Austin and Berlin, but also by maximizing output from our established factories in Fremont and Shanghai," the company said. 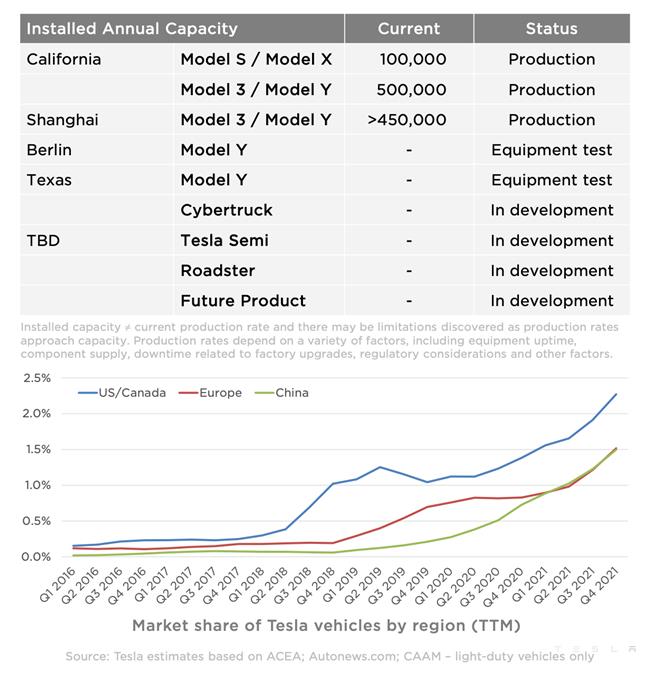 And to break through the rough patch in supply, Tesla is improving the vertical integration of its global supply chain and promoting its own technologies including self-developed chips.

The company is now planning to ramp up production, with deliveries expected to grow at an average annual rate of 50 percent over the next few years. 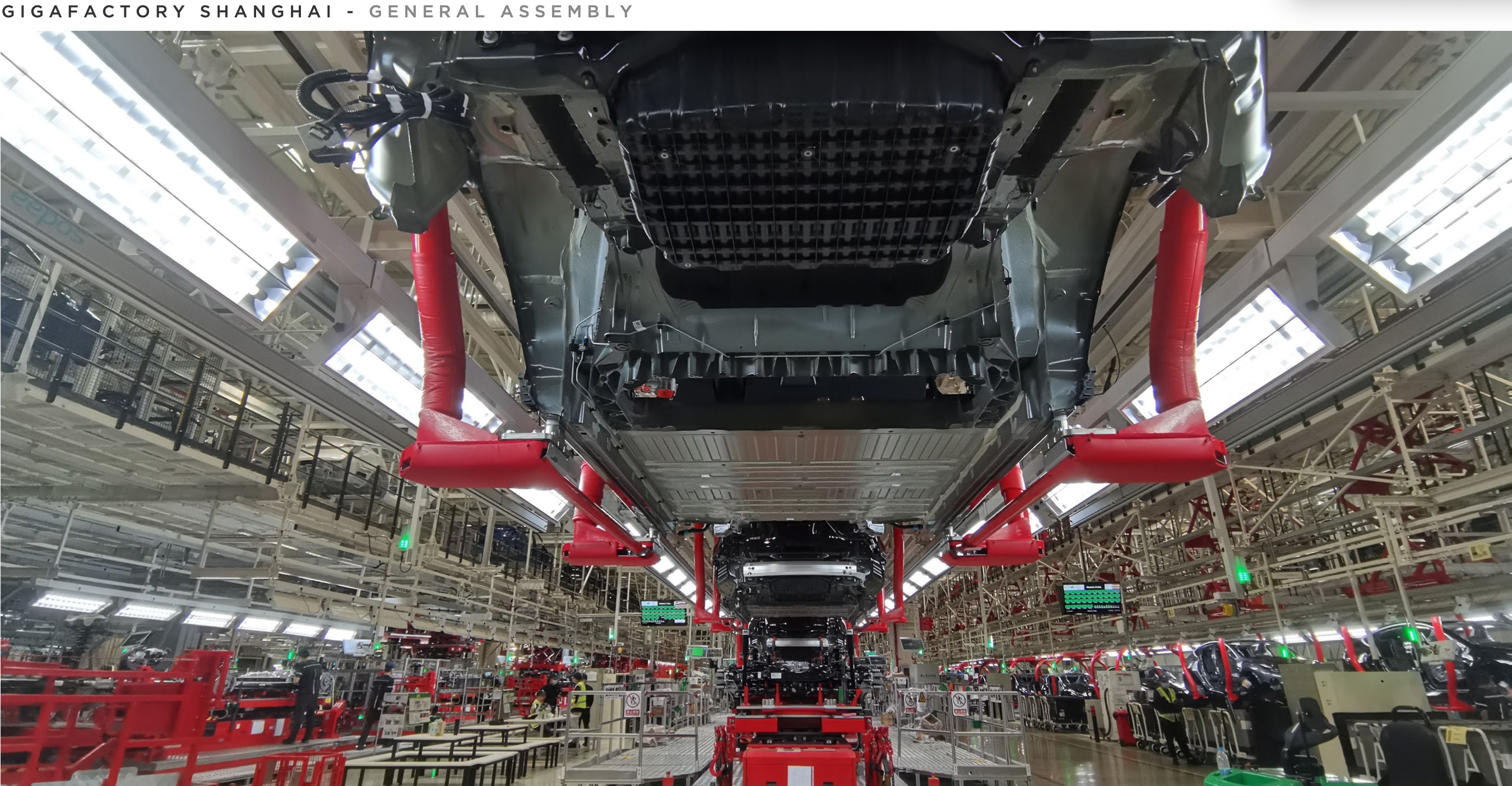