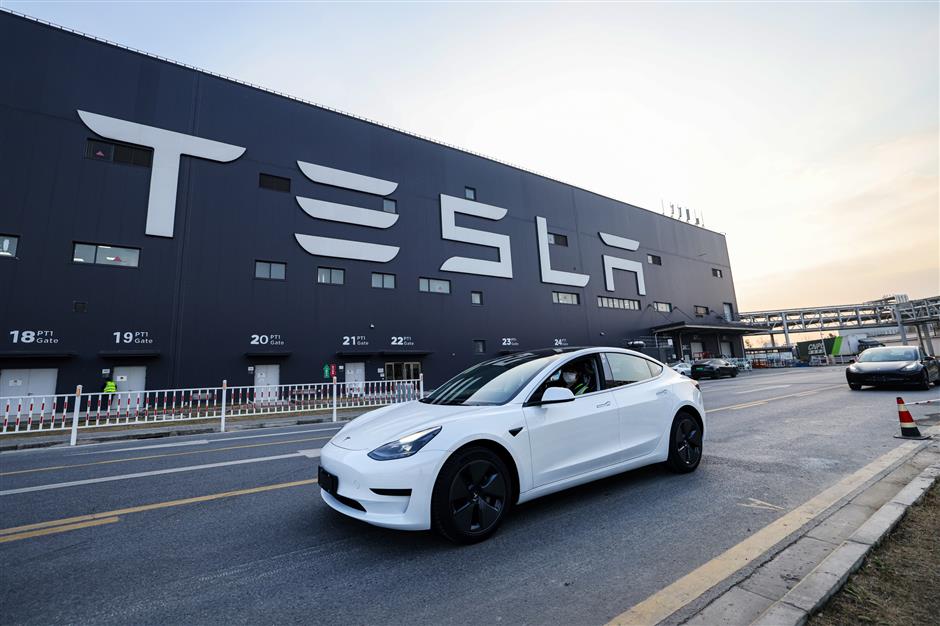 US carmaker Tesla's Shanghai factory officially resumed production on Tuesday, with about 8,000 employees back to work thus far, the company has said.

Affected by the latest COVID-19 resurgence in Shanghai, the Shanghai Gigafactory had suspended production for over 20 days.

"We have full confidence in China's economy," said Tao Lin, vice president of Tesla. "From the process of the current production resumption, we have seen China's ability to cope with challenges and we believe that normality will soon return."

Tao said that several government departments have worked almost round the clock to help enterprises resume work and production as quickly as possible.

The factory will need three to four days to boost its production gradually to full capacity, according to Song Gang, the factory's manufacturing and operation director.

Automobile enterprises generally have a long industrial chain, and thus they have higher requirements for the collaborative resumption of production.

Tesla said it is actively promoting the resumption of production at more than 100 parts manufacturers with the help of relevant government departments.

All factory employees will have to take an antigen test and a nucleic acid test each day. The company said that its production and office areas are subject to strict disinfection procedures and epidemic prevention measures are being carried out to ensure safe production.

Tesla China said earlier that, in order to respond to unexpected events such as the epidemic, the company has launched self-service pick-up sites in many areas, shortening the traditional delivery process from approximately two hours to as short as 20 minutes.

Tesla is also offering a home delivery service in some parts of China. It has launched online services such as live introductions and remote consultations to facilitate car purchases amid the pandemic.

Tesla's Shanghai Gigafactory is the first wholly foreign-owned car manufacturing enterprise in China. Deliveries from the Shanghai Gigafactory stood at 484,130 vehicles last year, an increase of 235 percent from 2020 and accounting for 51.7 percent of Tesla's global production capacity in 2021.