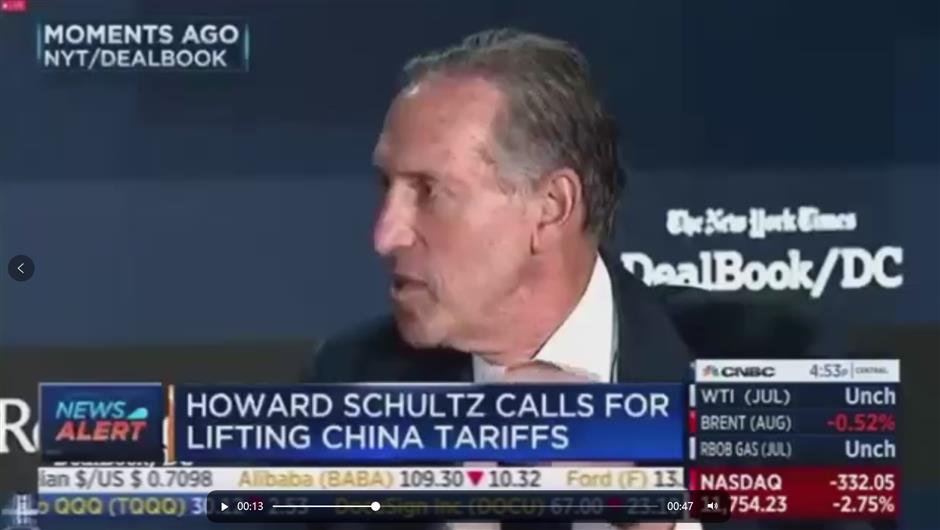 Howard Schultz, CEO of Starbucks, called for a sound China-US relationship at the DealBook/DC forum organized by the New York Times on Thursday (US time).

"The saber rattling back and forth between China and the US is so unhealthy and against what the world needs. Both countries – and moreover the world, would be so better off if we had a significantly better relationship with China today," said Schultz. "China, just like the US, needs a positive working relationship with the United States. And we do with China."

Specifically, Schultz suggested that the lifting of US$360 billion of tariffs on China would "help the American consumers," and is "the start of trying to address the global inflationary problem."

Schultz has been a long-time advocate for better China-US relations. In January last year, he received a reply from Chinese President Xi Jinping recognizing the positive impact he and Starbucks have made in continuing to promote trade cooperation and bilateral relations between the two countries.

China is Starbucks' largest international market where the company operates over 5,700 stores across more than 220 Chinese cities today.