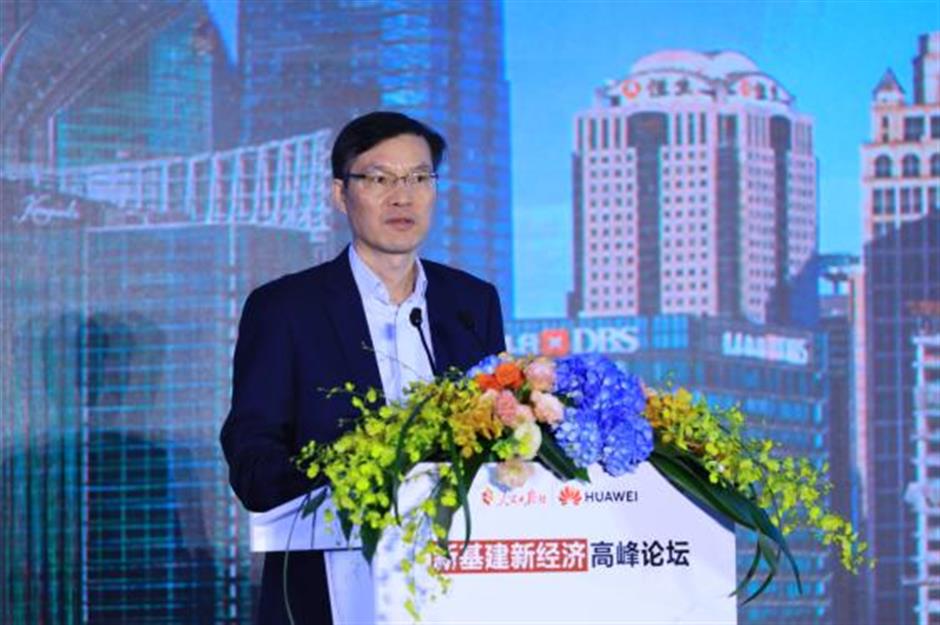 Ma Chunlei, director of the Shanghai Development and Reform Commission.

Shanghai has seen an increasing demand for new infrastructure construction this year after unveiling a three-year action plan, said Ma Chunlei, director of the Shanghai Development and Reform Commission during a “New Infrastructure Construction, New Economic Development” summit in Shanghai.

In May, the city announced a plan to invest at least 270 billion yuan (US$38.6 billion) over three years in intelligent and new infrastructure construction to boost the city's innovation and economic development and improve its urban management level.

By 2022, according to the plan, the city will have over 100 autonomous factories or production lines featuring the latest artificial intelligence applications; 150,000 enterprises on cloud; more 5G base stations offering wide coverage and download speeds up to 500 megabits per second; more Internet data centers supporting cloud and artificial intelligence.

“It has triggered huge investment demand and resulted in continuously upgraded applications in the consumer market,” Ma said at the summit hosted by People’s Daily and Huawei under the guidance of the commission.

“We need to make moves step by step, and companies need to coordinate to make technologies integrated in the construction,” Lu said.