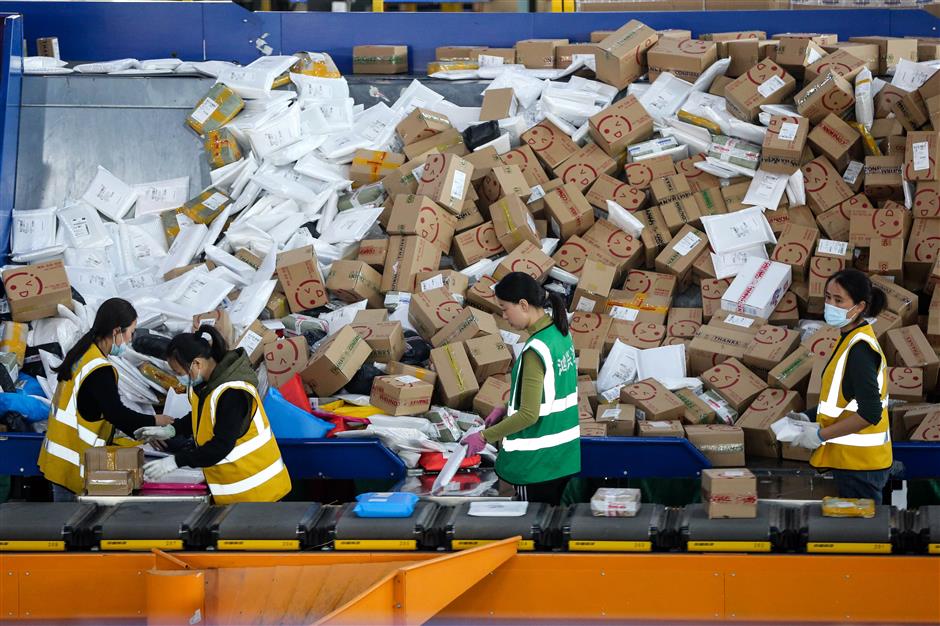 China’s Alibaba said orders on its e-commerce platforms during the Singles Day shopping extravaganza hit a record 498.2 billion yuan (US$74.1 billion), as lockdown-weary consumers splashed out on as many as 16 million discounted goods.

Such is its size that its performance is widely considered indicative of China’s post-virus economic recovery.

As of noon on Wednesday, the cities with the biggest transactions on Tmall were Shanghai, Beijing, Hangzhou and Shenzhen. The United States, Russia and France were the top overseas markets.

The firm began sales early this year to give lesser-known brands more exposure. It set primary discount days for November 1 through November 3 as well as the usual November 11, and is calculating gross merchandise volume over all 11 days.

The event, launched in 2009, is usually a splashy, single-day affair with live performances. Last year it clocked a record GMV of US$38.4 billion. This year, Katy Perry appeared at the gala, albeit via livestream.

As well as offering straightforward price cuts, the event sees shoppers across Alibaba’s numerous platforms playing mobile games for deals, combining purchases across shops and placing orders in the sale’s early hours to get the best offers. 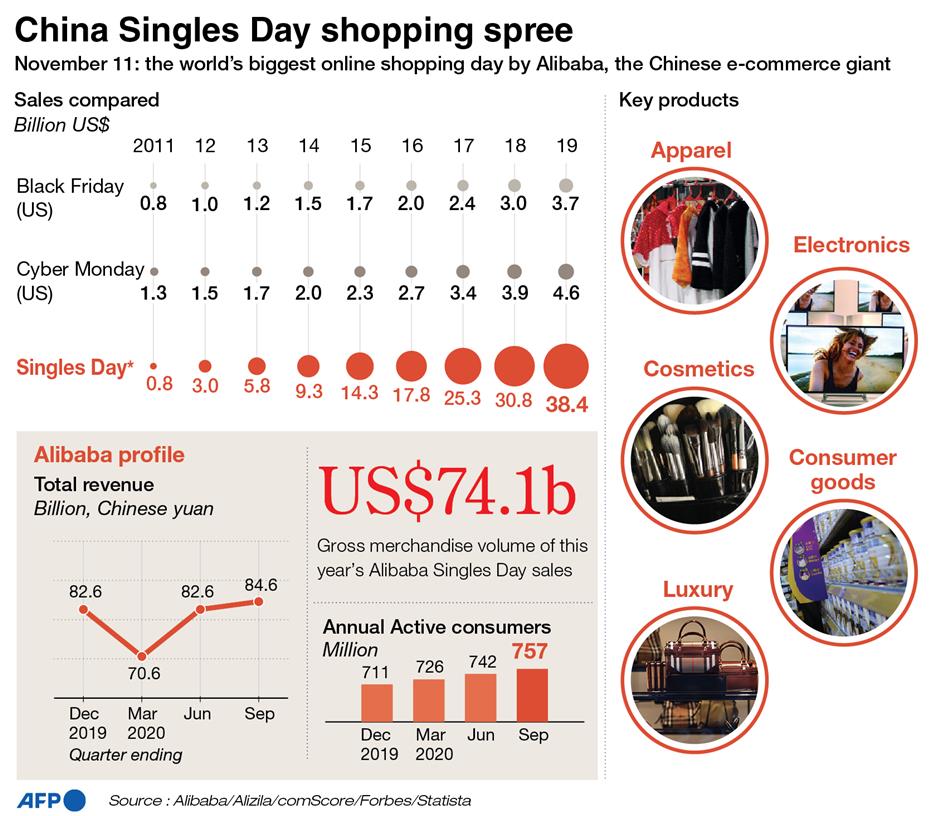 “Those with good sales performance during big event like this will maintain momentum in the future as industry-wide promotions proves a good chance for brands to enhance their influence,” Martin said.

Analysts also expect this year to be a boon for luxury brands, as consumers accustomed to going overseas for high-end goods have been thwarted by border closures caused by the pandemic.

A poll of Singles Day spending by Sina Entertainment found just 4 percent of 191,000 respondents planned to splurge over 10,000 yuan, versus 43 percent who aimed to spend less than 1,000 yuan.

To encourage spending, livestreamers thronged pop-up film studios at a building near Alibaba’s Hangzhou headquarters, touting the merits of goods on sale.

Luo Lima estimated she had been on camera promoting maternity products for 24 hours over the course of this year’s sales period, versus six hours on Singles Day two years ago.

Home-grown brands are becoming the most prominent players in the annual shopping event amid the rising importance of the domestic market and Chinese technology.

In the first hour after midnight on Tuesday, over 70 consumer electronics companies recorded sales exceeding 100 million yuan on Tmall with 80 percent of them domestic brands. More than 13,000 domestic brands saw sales more than doubling from a year ago between November 1 and November 4 on JD. Over 2 million products featured in the sale for the first time — double that of last year.