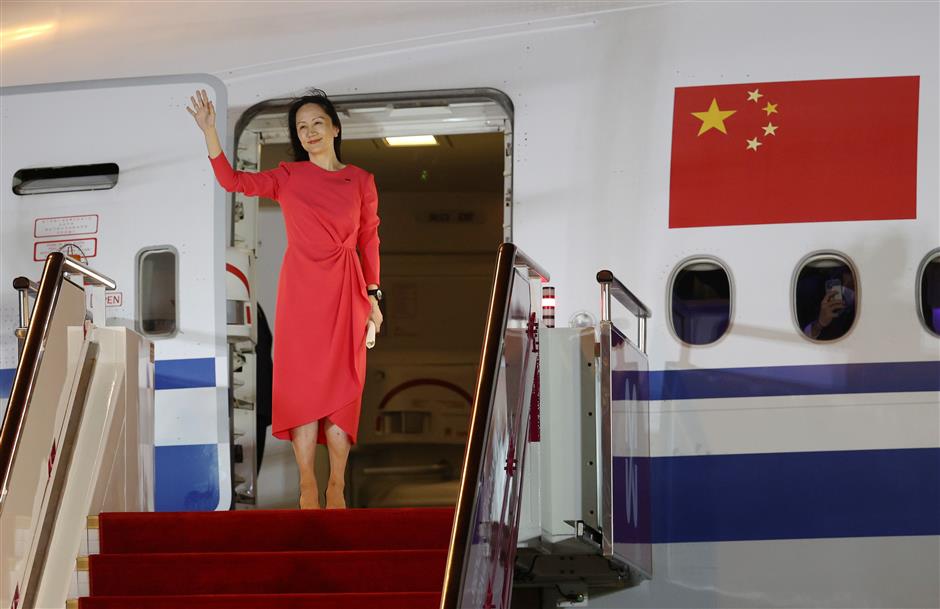 Chinese telecoms giant Huawei on Monday reported record profit for 2021, defying the US sanctions aimed at it as executive Meng Wanzhou made her first public appearance since returning to China from Canadian custody.

The company has been caught in the crosshairs of a US-China trade and technology rivalry, with the administration of former President Donald Trump moving to cripple it over cybersecurity concerns.

The results, announced in Chinese tech hub Shenzhen, also marked the first return to the limelight of Meng since her return to China after nearly three years under house arrest in Canada.

Meng, daughter of CEO and founder Ren Zhengfei, spent the years in Canada fighting extradition to the US, as Washington accused her of defrauding HSBC bank by trying to hide alleged violations of US sanctions on Iran.

Huawei's revenue fell by around 29 percent last year to 636.8 billion yuan (US$100 billion), as it grappled with US sanctions aimed at blocking access to key technology and supplies.

But the slump under US sanctions appears to be slowing, and the company said its net profits hit a new record – surging 75.9 percent on-year to 113.7 billion yuan.

"Despite a revenue decline in 2021, our ability to make a profit and generate cash flows is increasing, and we are more capable of dealing with uncertainty," Meng said in Monday's statement.

The company attributes its profitability to "improved product portfolios and more efficient internal operations", with a rise in net profit margin even with gains from the sale of its budget phone brand Honor excluded.

The company is not publicly listed and its accounts are not subject to the same audits as companies traded on the stock market.

Huawei, a supplier of telecom networking gear and smartphone brand, has been struggling since Trump launched a campaign to contain the company in 2018.

Smartphone sales stalled after the US cut Huawei off from key parts and barred it from using Google's Android services.

Huawei has instead tried to shore up other parts of its business, refocusing on the Chinese market and diversifying to encompass enterprise and cloud computing, along with other business segments related to 5G networks.

Rotating chairman Guo Ping said in a speech at the event that Huawei's ability to "survive and thrive" depends on ongoing investment in development.

"Our fight to survive is not over yet," Guo said.

"No matter what comes our way, we will keep investing. That is the only way forward."

The company's research and development investment amounted to 142.7 billion yuan last year, around 22 percent of its total revenue.