Chinese-founded Western-style hospital 'a gift' to the nation's people

Madam H. H. Kung, wife of the Chinese minister of finance, cut the ribbon and pushed open the front gates of the Chung Shan Memorial Hospital on April 1, 1937. It was one of the first, and largest, Western hospitals founded by Chinese, and the medical institution still operates today under its modern name, Zhongshan Hospital, with Chinese-style architecture. 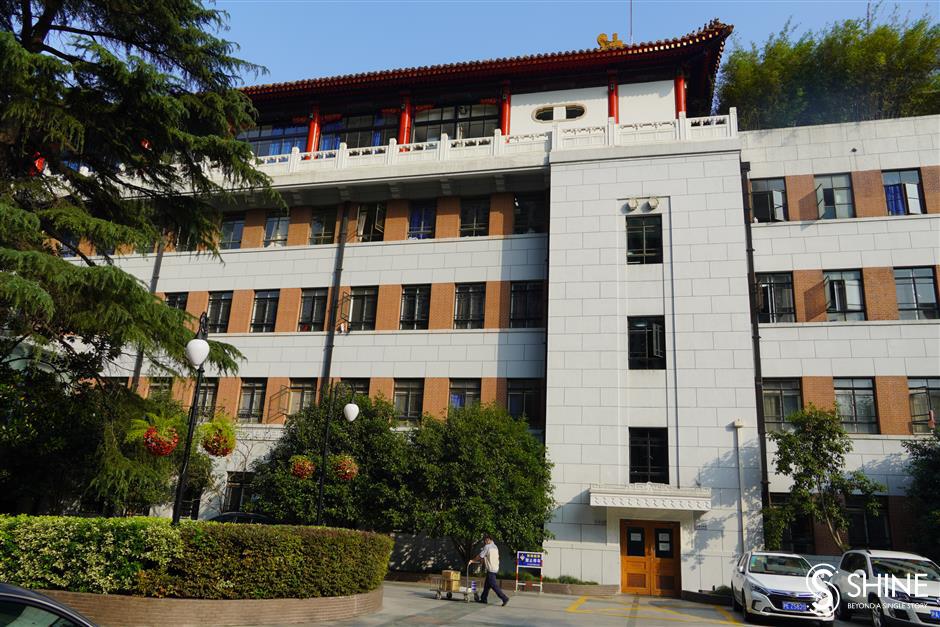 During the 1937 opening ceremony, Kung, chairman of the institution, traced its history.

“The opening of the Chung Shan Hospital may be considered an additional reason for civic pride in this great cosmopolitan city. The sad lack of adequate hospital facilities has long been felt. That there should be only 5,000 hospital beds available for a population of over 3 million people has been an unfortunate situation for the city’s sick men and others who need medical attention,” Kung said.

The North-China Herald on April 7, 1937, revealed that Kung said the plan was first proposed in 1930 as a fitting memory to the work and spirit of Dr Sun.

The trustees of the Rockfeller Foundation donated an estate of 86,710 square meters on Rue Pere Froc (now Hefei Road). The financial campaign “under the able and energetic direction of Dr F. C. Yen” proved a success and contributions soon reached a total of US$554,850.

“All construction funds came from charitable donations. Please note that although it was a large public hospital, the funds were all collected from the society. The predecessors spent a full five years to gather the funds for the construction of Zhongshan Hospital,” director Yang said.

In the spring of 1935, a new piece of land covering 66,700 square meters was bought, where the hospital stands now on Fenglin Road. Construction started immediately and no effort was spared to supply the hospital with the most modern medical instruments available at the time.

In the winter of 1936, a group of medical buildings, representing a modern adaptation of Chinese architecture, was completed on the new site. The hospital and the National Medical College of Shanghai were situated close together to cooperate with each other and serve as the Shanghai Medical Center for learning and practice.

The college, with an accommodation for 300 students, had been situated on Avenue Haig (today’s Huashan Road) near its teaching hospital, the First Hospital of the Red Cross Society of China (today’s Huashan Hospital). In this new construction, the main building of the college was a U-shaped edifice in a simple but pleasing Chinese style, the two ends being balanced by two Chinese pavilions. The four-story central section was roofed with glazed tiles from Beijing.

In 1936, this whole project was called “a gift to China befitting so auspicious an occasion as the 25th anniversary of the founding of the republic” on the Silver Jubilee Edition of the China Press. The newspaper published a big drawing of this grand architectural complex of medical buildings in a Chinese style. 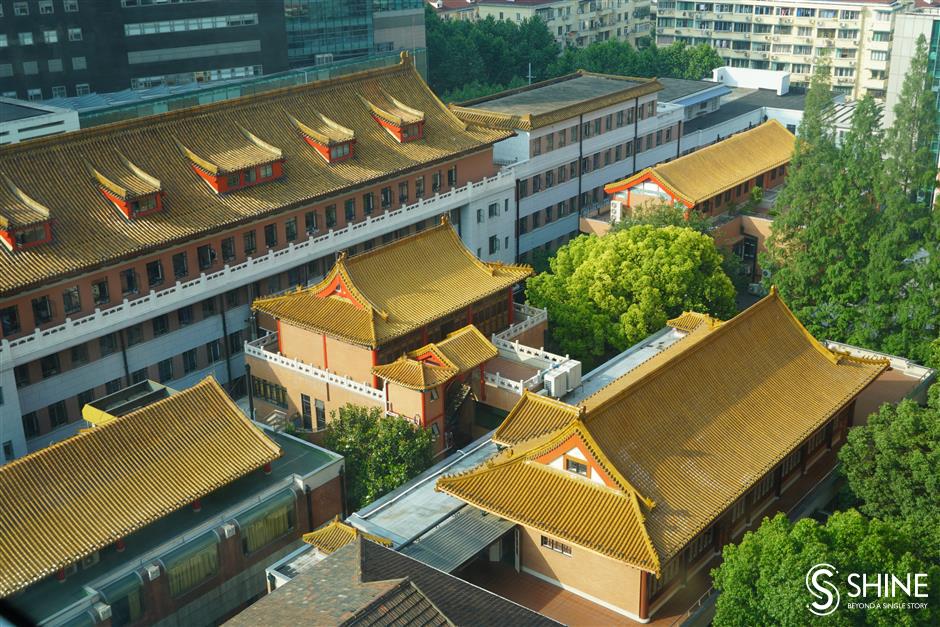 A bird’s-eye view of the Zhongshan Hospital which has grown to be one of China’s largest and most comprehensive hospitals.

“No visitor to the scene of the construction can fail to be impressed by the bulk and magnificence of the Chung Shan Memorial Hospital, which is fast nearing completion and which will accommodate 500 beds. The Chinese architectural characteristics are evident. The main building, over 400 feet in length, takes on the appearance of a Chinese city wall with terraces stepping up from both sides to the fifth floor and the main roof level. The central portion of five stories is crowned with a graceful sweep of beautiful green tiles forming a pagoda-like solarium. Entirely constructed with fire-proof material, mostly reinforced concrete, the general facade is in artificial stone and red brick, which though simple and massive, has touches of fine Chinese details in many parts,” the 1936 newspaper reported.

“With the exception of pagodas, ancient Chinese buildings, most of which were made of wood, seldom have more than two floors. But starting from the late 1920s, the Chinese government began to call upon Chinese to revive traditional culture. Chinese architects applied their Western knowledge to design taller buildings with traditional elements. We call it ‘Chinese Renaissance Style,’” said Tongji University professor Qian Zonghao. 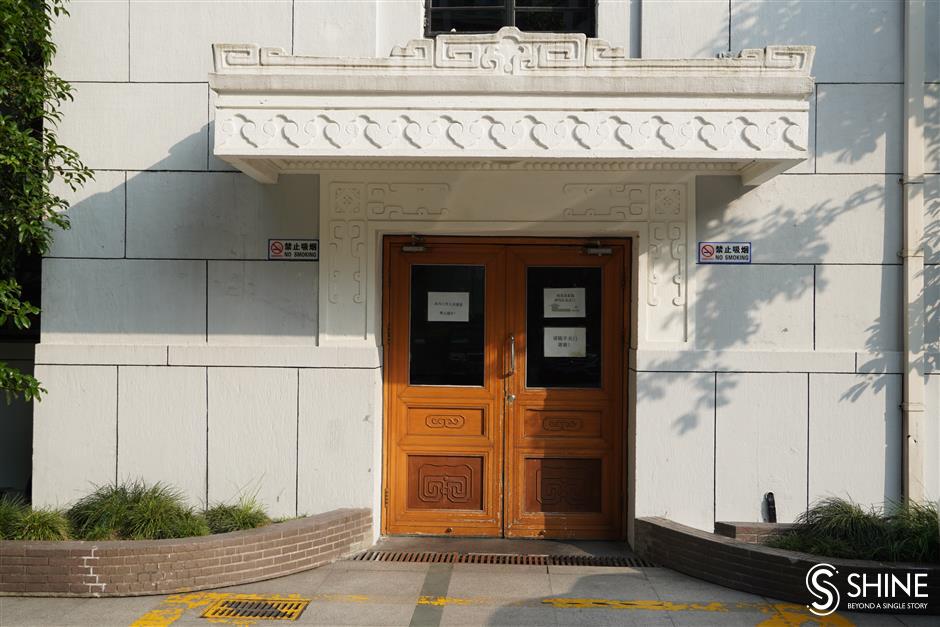 An entrance of Building No. 3 is graced by Chinese cloud patterns.

According to the newspaper, an objection to the location of the Rockefeller Foudation-donated site halted the preliminary plans. The delay enabled the original building plans to be thoroughly re-studied.

“From the architects’ new designs, it is evident that the type of architecture adopted is distinctly more Chinese and, therefore, more befitting to an institution which was a national enterprise. Covering an area of more than 66,700 square meters, the new site is situated at Feng Ling Chiao, close to the then Shanghai Office of the Ministry of Foreign Affairs. It occupies an area of over 100 mow of land with road frontage on all four sides,” the 1936 report said.

And no sooner had this site been acquired than building operation begun. They had since been “progressing by leaps and bounds under the able and untiring direction of Dr F. C. Yen, director of the National Medical College of Shanghai, superintendent of the First Hospital of the Red Cross Society of China and chairman of the Council on Medical Education of the Chinese Medical Society, who is one of the prime movers of the gigantic undertaking and who will be the General Secretary of the Shanghai Medical Center.” 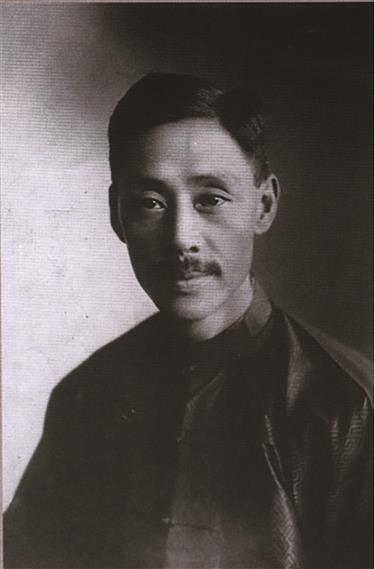 Dr F. C. Yen, a medical educator and one of the prime movers of this medical institution

“In 1937, Shanghai Chung Shan Memorial Hospital was established and opened, with facilities and scale far exceeding that of most general hospitals at that time. The equipment was amazingly good: Its X-ray machine was the latest product from Siemens and it had the only high-pressure steam sterilization equipment in Shanghai. The super-large elevator could accommodate a patient’s bed and there was special elevator for delivering meals. There were winter heating and summer air-conditioning. Even Kuomintang leader Chiang Kai-shek chose to recuperate at the hospital after he was injured in a hasty escape during the Xi’an Incident,” Yang said.

“In the 1950s, Zhongshan Hospital learned from the former Soviet Union model to develop a department of surgery for the Shanghai Medical College. So that’s why Zhongshan Hospital has been extremely capable of various surgical services. This has historical roots.” 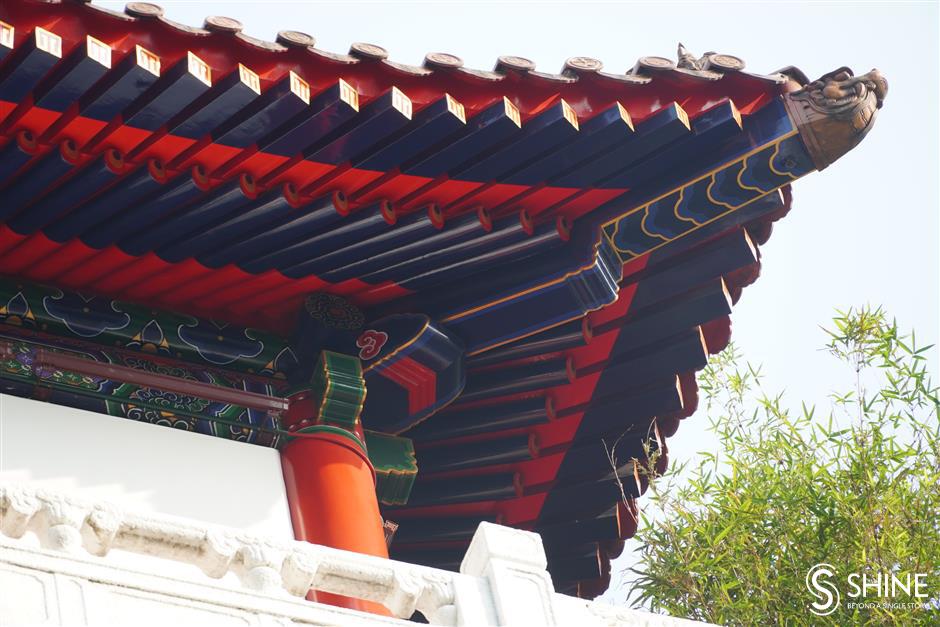 The hospital building is crowned by richly adorned overhanging eaves.

The architect of the building was a big Chinese firm Messrs. Kwan, Chu and Yang, which also designed the Sun Department Store on Nanjing Road and the Continental Bank on Jiujiang Road.

The Zhongshan Hospital has grown to be one of China’s largest and most comprehensive hospitals. The well-preserved historical buildings and newly built modern constructions are all connected through glass galleries for convenient transportation.

The institution sent medical teams to aid hospitals in Wuhan for treating COVID-19 patients since January, and released a multi-language guide on the prevention and treatment of the disease online for free download in April.

One of the doctors sent to Wuhan, 27-year-old Liu Kai, and an 87-year-old COVID-19 patient witnessed a spectacular sunset on their way back from a CT scan in Wuhan. Liu stood next to his bedridden patient to watch the sunset and the shot was snapped by a fellow hospital volunteer.

The photo, showing the back of the young doctor, while the patient points to the sun, triggered netizens’ empathy and warmth. Shanghai Zhongshan Hospital posted this sunset photo in the historical compound among a sea of golden glazed tiles. 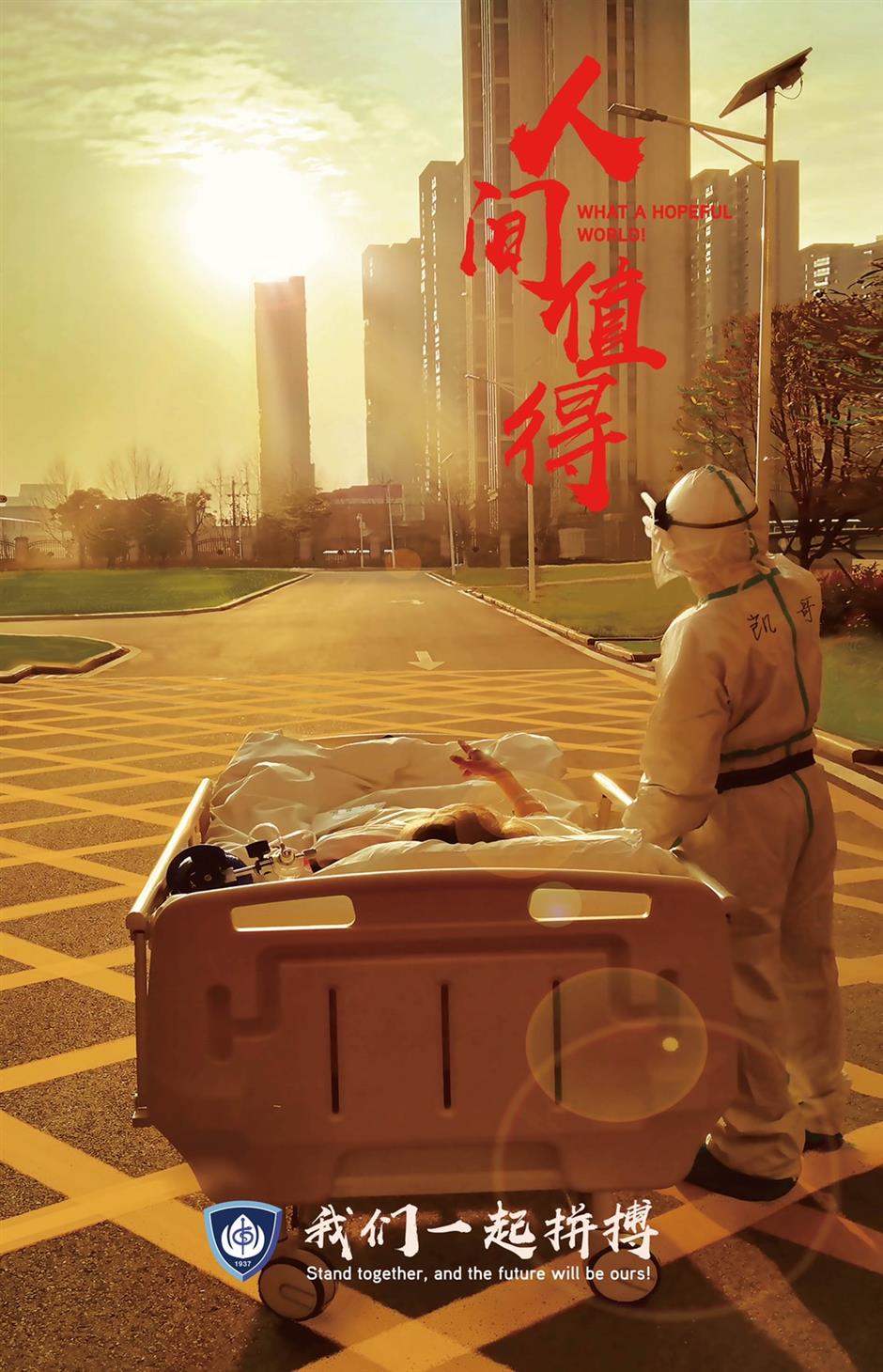 The sunset photo was posted in the Zhongshan Hospital among a sea of golden glazed tiles.

Tips: For now, you are required to show a green health code to enter the hospital. Please note the artful combination of traditional Chinese architectural elements and modern functions.

Zhongshan Hospital dedicated to the spirit of Dr Sun Yat-sen

“The hospital bears the name of Dr Sun, who starting his career as a medical doctor, and turned his attention to politics in his later life. Dr Sun was thus not only a doctor among his people but a doctor of the Chinese nation. His principle of the People’s Livelihood aims at promoting the physical well-being of the people as much as at ameliorating their economic condition. It is thus most fitting that we should have in Shanghai a modern and well-equipped hospital dedicated to the memory of the great Chinese doctor and the spirit of the Father of the Chinese Republic. A spirit of social service marks the entire enterprise. Gifts, large and small, coming from all parts of the country and all walks of life, have made the institutions possible. Both in the hospitals and the medical college, a staff of workers has been gathered who are moved by the highest ideals of professional service rather than by hopes of personal gain.”