Art inspired by video games and sense of space

As the opening show since Art+ Shanghai Gallery moved to a new location in the Yifeng Galleria near the Bund, Fu Shuai's cubes, cracks and leaking light series offers the experience of a visual miracle that is personal and makes the viewers want to return.

Titled "2 ½ D," the exhibition features a number of stacked cubes at the moment when they lean on one another or are about to collapse. There are also torn pieces of rusty metal, and from the crack, traces of leaking magma or molten iron are exposed.

According to Fu, these works are mostly inspired by his experience in video games and based on his sense of space – a reflection of his speculation on hyper-realistic painting, digital technology and virtual reality. 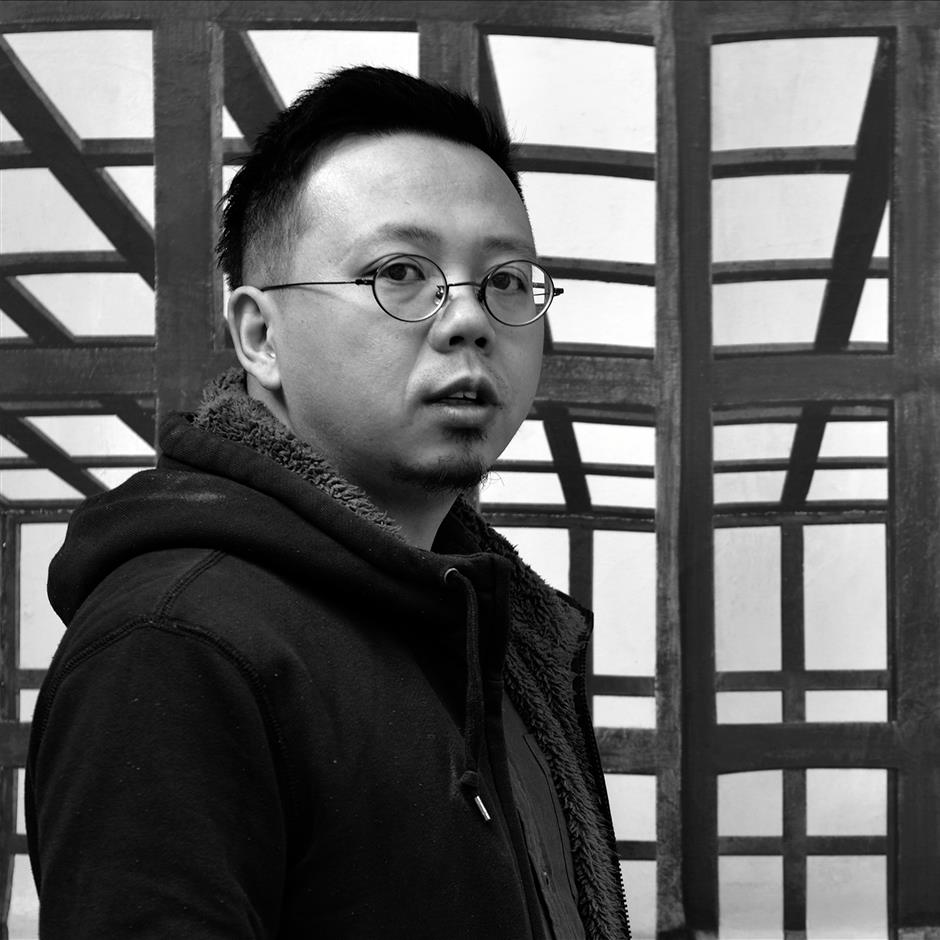 Born in 1985 in Taiyuan, Shanxi Province, Fu has a master's in arts from the Tianjin Academy of Fine Arts. Although the primary subject of his studies is cold metal, his artworks are mostly paper on wood with metallic pigments.

During his creation of the new works, he initially applied color to pieces of paper repeatedly and exposed them in the sun for days and even weeks. While waiting, he would calculate the relationship between the shape, light and shadow with 3D modeling software, and use a laser engraving machine to make the cut with cracks that have very rough and detailed edges. 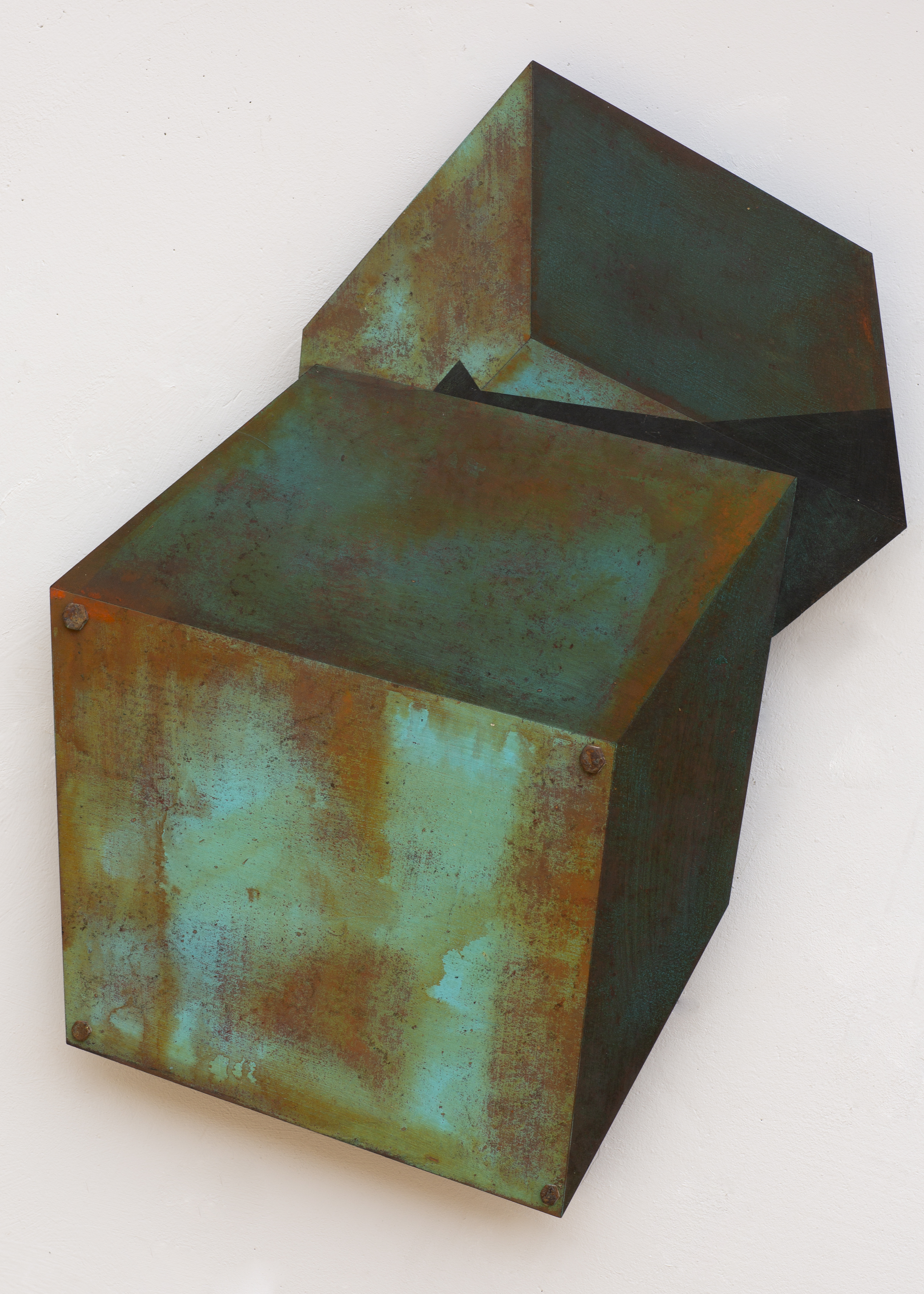 He then used a 3D printer to print the iron nails on boards with identical perspectives to increase the sense of three-dimensional space. All these careful production processes paved the way for the final moment of viewers gazing at the end product.

The blocks or cracks, created between the 2D (flat) and 3D (stand-out) images, seem to be miniatures of the digital age, stimulated and augmented reality. The various visual and sensory conflicts make people fall into uncertainty, questioning what they see concerning the realness of the space.