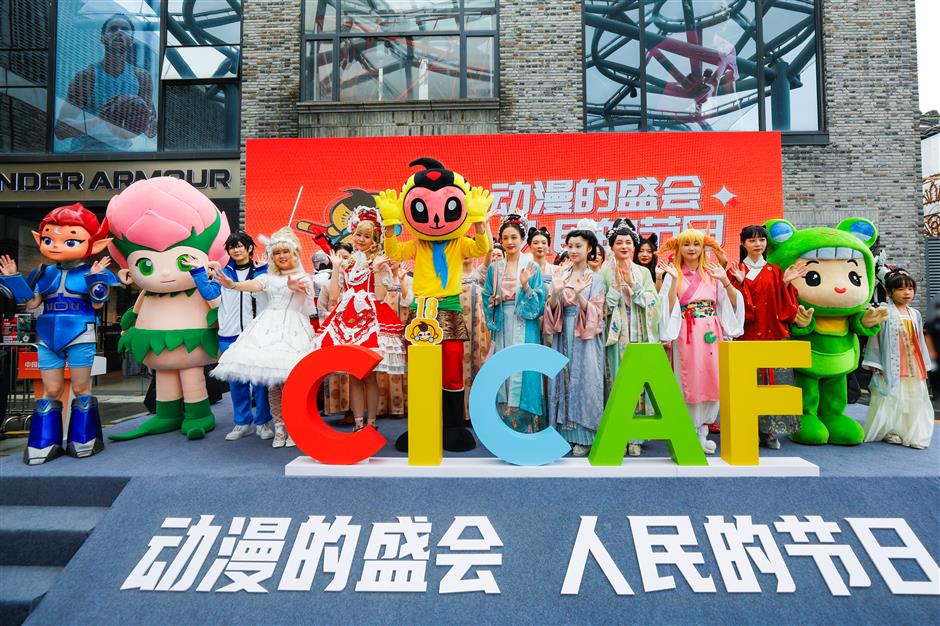 Celebration of the 18th anniversary of CICAF is held on June 1.

The China International Cartoon and Animation Festival is coming of age this year. Ever since the first CICAF in June 2005, the festival has developed into a carnival for mega buffs from across China.

The 18th CICAF is expected to kick off in November, and preparations are still underway. Notwithstanding, the organizing committee celebrated the 18th anniversary on June 1.

This year, a series of anime activities will be hosted through the end of December. The committee has set up booths in the Jingshan Scenic Area and shopping areas alongside West Lake, inviting the public to join in the celebrations.

Agreements worth 480 million yuan (US$72 million) were inked during last year's festival. Despite the pandemic, the festival still attracted more than 4,000 exhibitors and 335 enterprises and organizations from 56 countries and regions. About 1,650 one-on-one negotiations were carried out during the six-day event.

Before 2005, there was no original cartoon production in Hangzhou. In 2021, the production value of the local animation industry was 32 billion yuan.

In 2004, the county's first national high-tech animation industry base was set up in Hangzhou. Since then, the cartoon and video game sector in Hangzhou has become home to the nation's leading companies and talent, including video game giant NetEase, Wasu Media, Electronic Soul, Bianfeng and Zoland.

Companies like Manhoo are attracted by the city's favorable environment, industrial cluster system and preferential policies. In 2019, Manhoo moved into filmmaking and created the visual effects for home-grown animation "Ne Zha," the highest-grossing domestically made animated film on the Chinese mainland.

After years of development, two CICAF contests – the Cosplay Super Gala and the Seiyu Competition – have developed into a mecca for cartoon aficionados, attracting thousands of domestic and international competitors every year.

With its booming development of cartoons and video games, digital culture, exhibitions, industrial design and electronic literature, the CICAF has become an indispensable platform for both professionals and aficionados.

The flourishing animation industry is attributed to the strong policy support from Chinese government. The Zhejiang Digital Culture International Cooperation Zone was among the second batch of national cultural export bases, and it was also the only digital culture trade zone in China.

The zone has formed a digital trade chain integrating digital technology research and development, digital content creation and digital culture exports to put it at the forefront of the industry in China.