Museums in China have been cashing in on booming e-commerce and cultural industry in recent years by designing more cultural products and becoming more accessible on social media and online shopping platforms to expand their influence.

"Except for hosting exhibitions, the museums should carry on their responsibility to hand down cultural heritages to young generations," said Zhao Yanyan, chief of the education department of the museum. "Utilizing the collection of antiques and making the resources more accessible to people is the goal for modern-day museums."

The first set of blue-and-white porcelains is called "A Spoon of Spring at the West Lake" which includes a tea bowl, 10 teacups and a silver spoon. The design was inspired by "Charming 10 Views of the West Lake" ink-wash paintings produced by Hangzhou Wenchang Academy in 1750. 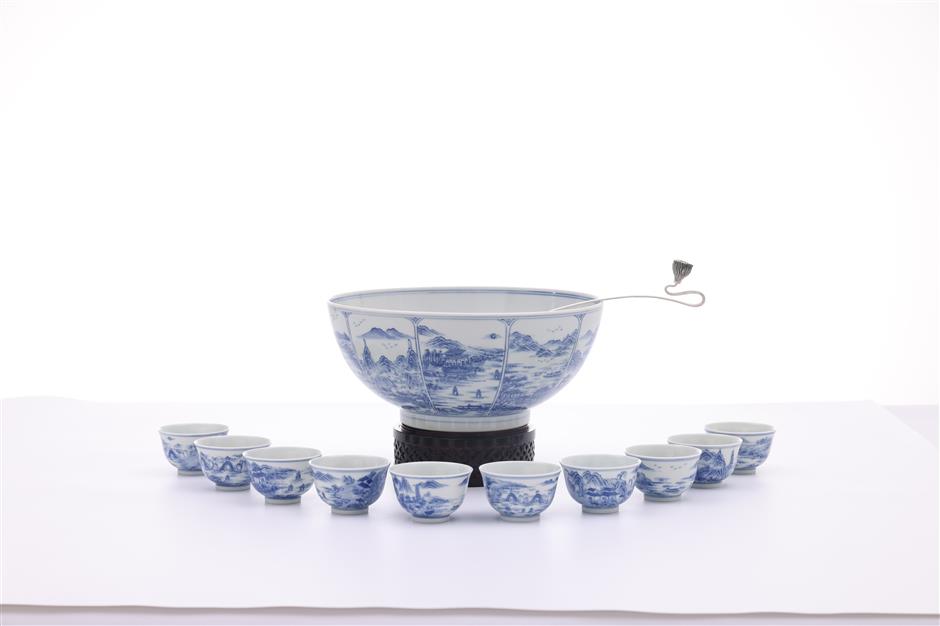 The set of blue-and-white porcelains, called "A Spoon of Spring at the West Lake," includes a tea bowl, 10 teacups and a silver spoon.

Along with the development of printing technology in the Qing Dynasty, "Charming 10 Views of the West Lake" was widely printed as a pamphlet to introduce the West Lake at the time. Now the landscapes on the ancient pamphlet have been reproduced on modern-day creative products.

Each teacup in the collection is painted with a view of the West Lake that corresponds to the paintings from "Charming 10 Views of the West Lake." People can learn about the iconic West Lake from centuries ago through the teacups.

In ancient times, this method was mainly used to produce royal vessels as it could fire the best products with the smoothest glaze.

The body of the silver spoon in the collection is in the shape of a lotus stem while the end is designed as a lotus seedpod. The lotus is the symbol of the West Lake which has kept alive the tradition of growing lotus for centuries.

"This set of vessels is endowed with poetic expression and beautiful hopes. The terraced fields growing Longjing tea are embraced by the hills along the West Lake. It makes people feel like merging into nature when brewing their tea," said Zhao. "Also, people can appreciate the porcelain while sipping Longjing tea."

The Chinese tea ceremony is originated in Hangzhou. As a ritual performance on important occasions, tea ceremonies had a deep influence on Chinese tradition. Ancient people made delicate teawares to perform the ceremony. Some of the top-flight centuries-old teawares are collected in the museum. 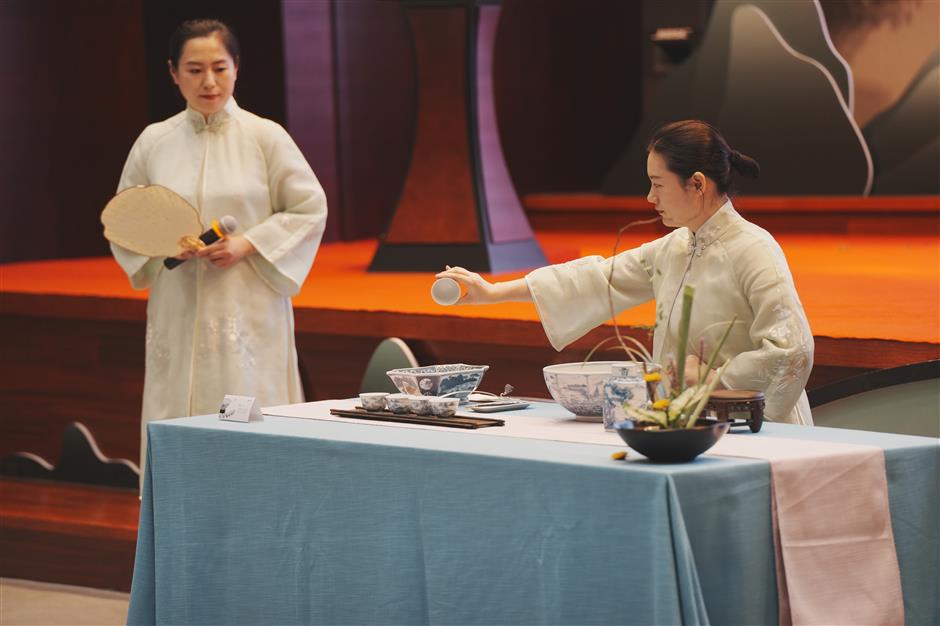 A tea ceremony, which was a ritual performance on important occasions, is showed at China National Tea Museum.

Designers drew their inspiration from a Shende Hall teacup from the late Qing Dynasty. Shende Hall was a part of the Old Summer Palace, known for its extensive collection of garden and building architecture. It was also called the "Garden of Gardens."

Emperor Daoguang (1782-1820) lived in the Shende Hall and used exclusive teawares. A teacup with floral patterns is among the museum's collection. 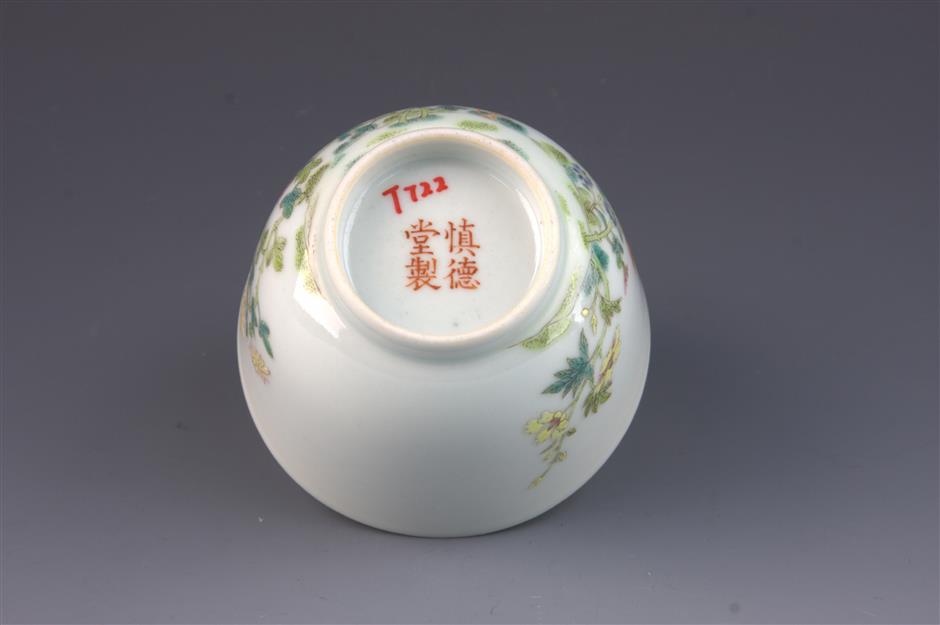 A teacup made by Shende Hall

In addition, designers also integrated chrysanthemum patterns into their creative products. Chrysanthemums are one of the prettiest varieties of perennials that start blooming in early autumn in Hangzhou.

Known as the favorite flower of November, ancient Chinese people eulogized its refined beauty in poems and ink-wash paintings. It has been dubbed the "four gentlemen" in Chinese art for a millennium, along with the orchid, plum blossom and bamboo.

"We are exploring a way to bring the antiques alive. This is a trial to tell the stories about Chinese tea through creative products," said Zhao.

Opened in 1991 in Longjing Village, China National Tea Museum is the only museum in the country with a tea culture theme. Visitors can learn about every facet of tea here.