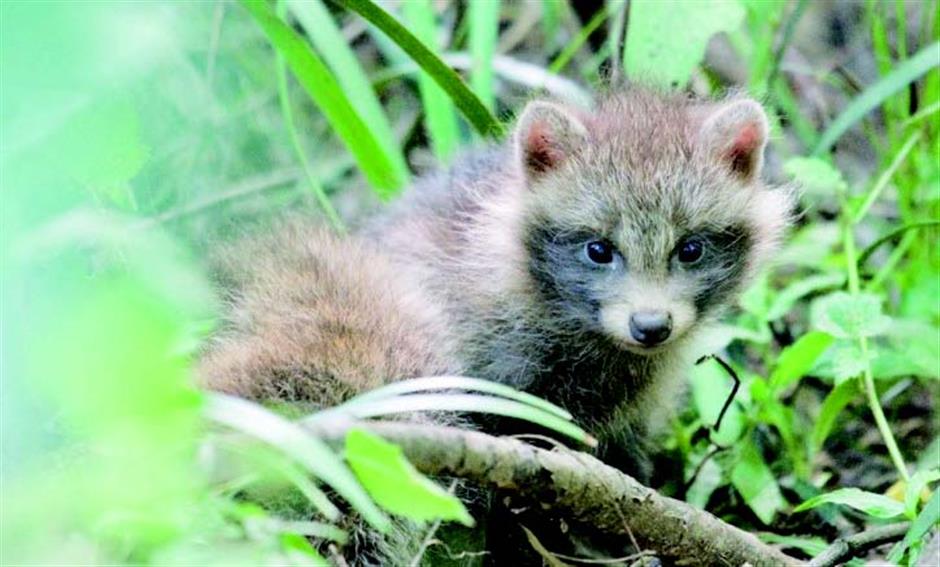 The Songjiang Forestry Station has been receiving more calls for wildlife assistance recently.

"With the weather turning warmer, the reproduction season of wild animals has arrived. The newborns are curious about the world. But lacking experience, they might easily venture into the human world. So this is the time of the year when we receive more frequent calls for wildlife assistance," said Cai Feng, deputy chief of the Songjiang Forestry Station.

From March until now, the station has received 48 calls concerning wildlife assistance.

"When the animals are intact, staff members guide residents through phone to return them into the wild; if they are injured, professionals are dispatched on site to rescue the animals and return them to the wild till they recover; when they are badly hurt or they are a rare species, the forestry station contacts zoos in Shanghai to rescue them," Cai explained.

The forestry official also gave suggestions on how to co-habit with wildlife as the city's natural environment turns better.

"For example, raccoon dogs are more prevalent in Songjiang now, but we suggest residents not feed, approach or disturb them. When we see baby raccoon dogs, we should leave their nest as it is and avoid crowding around it. The mother raccoon dog will presumably transfer its babies to somewhere else when humans leave," said Cai.

﻿
Special Reports
﻿
61771
,
Forestry station getting more wildlife assistance calls
Town in suburban district helps farm couple
Songjiang signs agreements on 25 projects at investment meet
Phase Two of Rafael Sky City now in full swing
5,000 vie for 40 reserve talent placements
The good and the bad for business owners
It's hot out there, so hit the water at InterContinental Shanghai Wonderland!
The perfect season for tasty yellow crabs
Disability no hurdle for this Songjiang athlete
A showcase of Song splendors in Songjiang District
EXPLORE SHINE