Henley Royal Regatta, a prestigious rowing contest on the River Thames dating back to 1839, is one of the world's top events in its class.

Chen Yunxia, China's Olympic champion who has trained in Minhang District since the age of 14, won the Princess Elizabeth Challenge Cup with her team at the 2022 Henley Royal Regatta rowing competition in the UK recently.

Henley Royal Regatta, a prestigious rowing contest on the River Thames dating back to 1839, is one of the world's top events in its class. It includes categories of schools, clubs and national teams, each of which awards trophies to its champions.

The Princess Elizabeth Challenge Cup was first instituted in 1946 for public schools in the UK and opened to entries from overseas in 1964.

"The girls won a tougher battle this time. The Australian team chased us ferociously. The girls stood up under strong pressure to win the championship," said Zhang Xiuyun, head coach of the China rowing team.

Chen started to practice the long jump at the age of 12. And at 14, she was enrolled as an athletics student into Qibao High School in Minhang from the Inner Mongolia Autonomous Region. She was selected as a member of Shanghai rowing team at the age of 16.

As an adolescent dislocated from her hometown, Chen grew up to be a quiet lady with an introvert personality.

"When I firstly arrived in Shanghai, I would feel homesick. But leaving Shanghai meant I gave up sports. So I was determined to achieve good results and live up to my parents' expectation," she said.

The girl therefore devoted all her efforts to rowing training, and her years of field and track training also improved her fitness and endurance levels. She is daring, unwilling to yield and welcomes any amount of training. 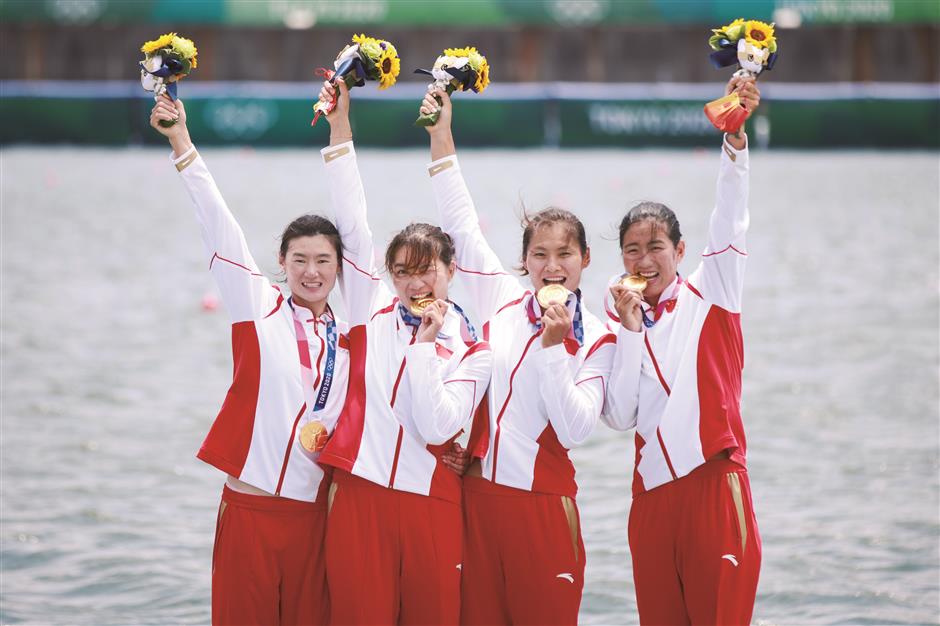 Chen Yunxia (first from left) and her team members celebrate after winning the gold medal in women's quadruple sculls at the 2020 Tokyo Olympics.

"Rowing helped me lead a full life. I feel grateful to all those people who have helped me. I feel I am so lucky," said Chen.

"The seemingly monotonous training days will allow me to taste the fruit of perseverance someday," Chen wrote as her personal motto in her WeChat moment.

Chen's teammates call her "A Xia" to show their friendliness, and also because the 27-year-old is passionate about expressing her feelings like an ancient Chinese literati.

Other mottoes Chen wrote in her WeChat moments are: "Complaints are useless. Since we can't change the past, why don't we create a better future," and "Forging yourself is a painful process, but in the long term you will become better." 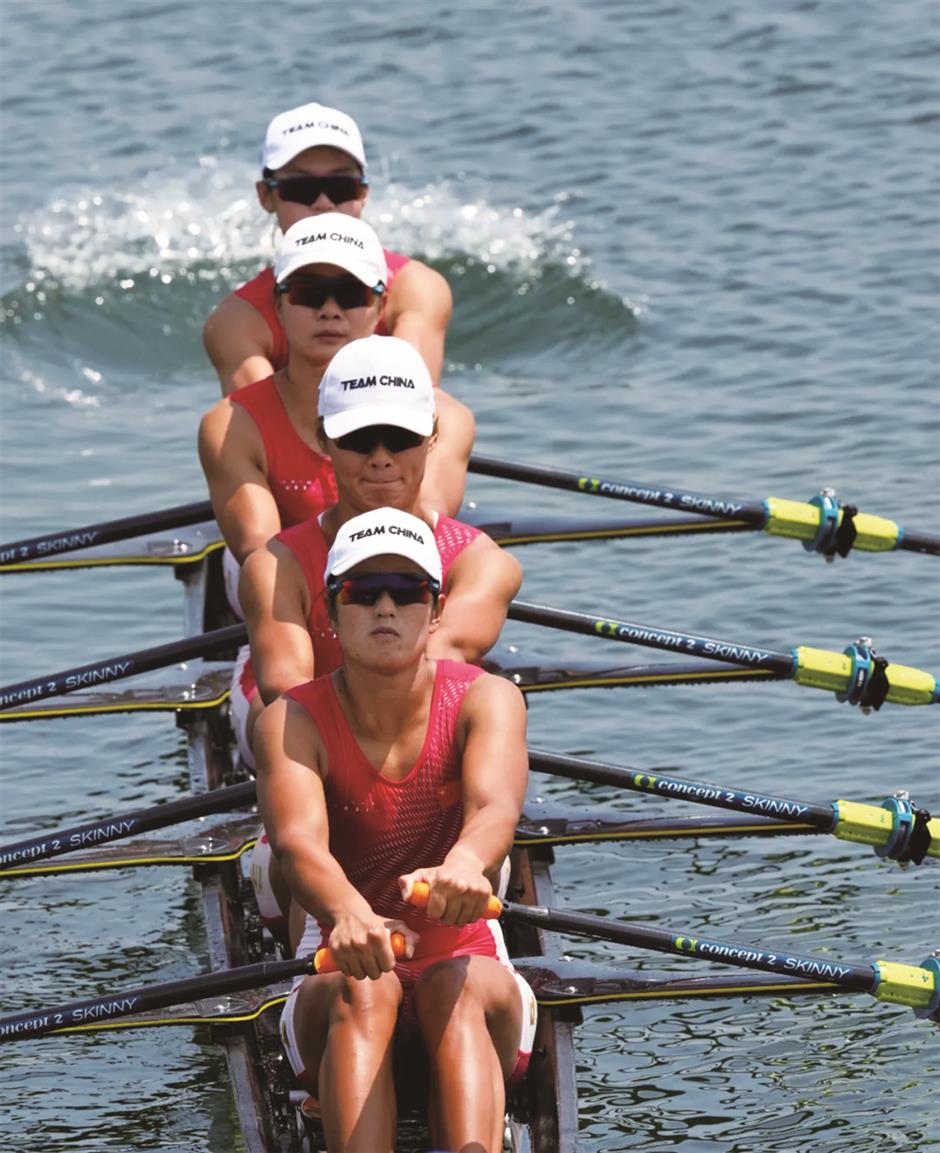 Chen and her team members compete at the 2020 Tokyo Olympics.