A film based on Chinese writer Tianxia Bachang's fantasy novel series "Ghost Blows Out the Light" is being aired on streaming platform iQiyi.

The film titled "Tomb Adventurer" is adapted from the series' second book "The Dragon Ridge Tombs." It stars Cai Heng, Gu Xuan and Yu Heng as a group of tomb raiders who embark on a journey to the depths beneath a mountain range in search of treasure in ancient Chinese tombs.

Dubbed as one of China's most imaginative writers, Tianxia Bachang is the penname of Zhang Muye, a Tianjin native whose stories have been best-sellers among youth.

With supernatural forces guarding the tombs, the raiders' expedition is dangerous and hard. They face a number of obstacles, traps and deadly creatures that thwart their advancement. One of the group members even discovers that the curse on her family is tied to a mysterious ancient past.

Prices for online viewing are around 12 yuan (US$1.79) and 6 yuan for iQiyi's members on Cloud Cinema. 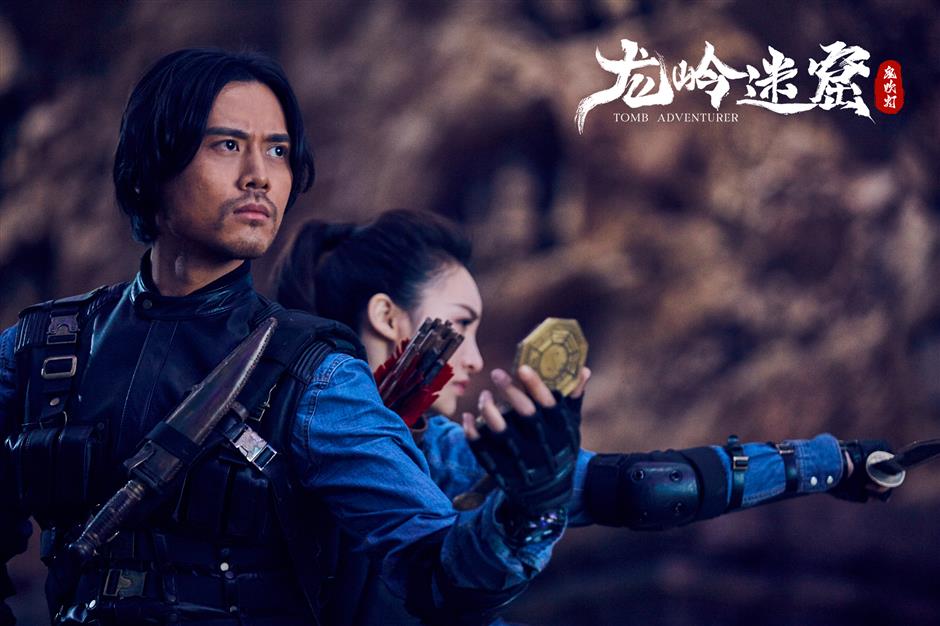 A still from "Tomb Adventurer"

The popular "Ghost Blows Out the Light" series has inspired both movies and online series. It has developed a large fan base of online viewers. Many of them are young males who have a strong interest and curiosity in history and ancient Chinese culture.

The Cloud Cinema premiere mode is filling the void of new film releases as the city struggles to deal with the COVID-19 pandemic fallout. Movie fans have been offered online releases of many productions, such as the martial arts epic "Song of the Assassins" and the kung fu film "Blind War."

Foreign films, including the horror movie "Malignant" and the war film "Operation Mincemeat," were also released on the Internet. The online screening and distribution mode is being largely welcomed by fans.

On Youku and Tencent, young filmmaker Cheng Siyi's "Open the Coffin" turned out to be a dark horse in May. The film made more than 28 million yuan at the online box office.

Cheng said that the film's scenes boast a realistic flavor as the script was based on a true case. It also blends the elements of tomb-raiding, suspense and folk custom. 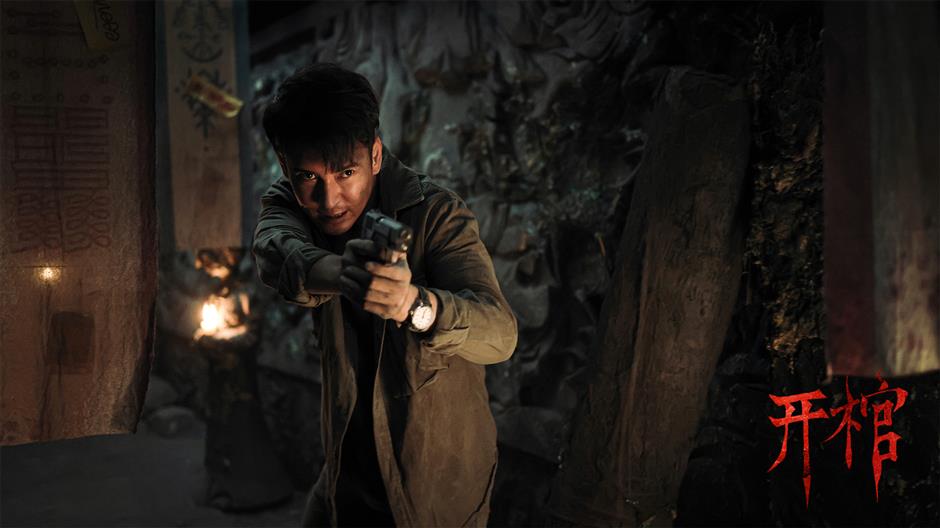 Online movies have been growing for about eight years in China. It has become an important mode that supplements cinematic screenings and encourages diversity of creation. More and more film production companies are targeting online viewers.

Industry insiders have suggested that it is a crucial time for online movies to incubate good content and explore new methods of cinematography and film distribution.

Major streaming platforms have been engaged in developing or cooperating with original cultural IPs, such as books, video games and animation works, which have offered online movies an abundant source of inspiration.

Meanwhile, the production budget for online movies is also surging. Last year, around 30 percent new online movies were produced on a budget over 10 million yuan.

"The production gap between online film and theatrical release is narrowing," said Peter Zhang, an administrative worker and film buff. "Many online films are having creative storytelling ideas and artistic expression."

Sci-fi movies, films about the changes of the era and ordinary people's lives, as well as youth films about the development of electronic sports in China, have big market potentials.

Wu Yichan, an official from Youku, said that they will provide more resources and data support for creative online movies in the future. Industry professionals will also be invited to exchange ideas with the crew and host online workshops for young first-time filmmakers.