In the preface of his book "Miracles of the Namiya General Store," the Japanese novelist Keigo Higashino says that he is drawn to people that are "confused and frustrated."

Chinese director Liu Fangqi seems to share his views. Liu is intrinsically drawn to the complexities of ordinary people and has adapted Higashino's play, based on the 2012 novel, into Chinese.

Liu's Chinese adaptation of Higashino's work will be staged at the Shanghai Oriental Art Center on August 19-21. 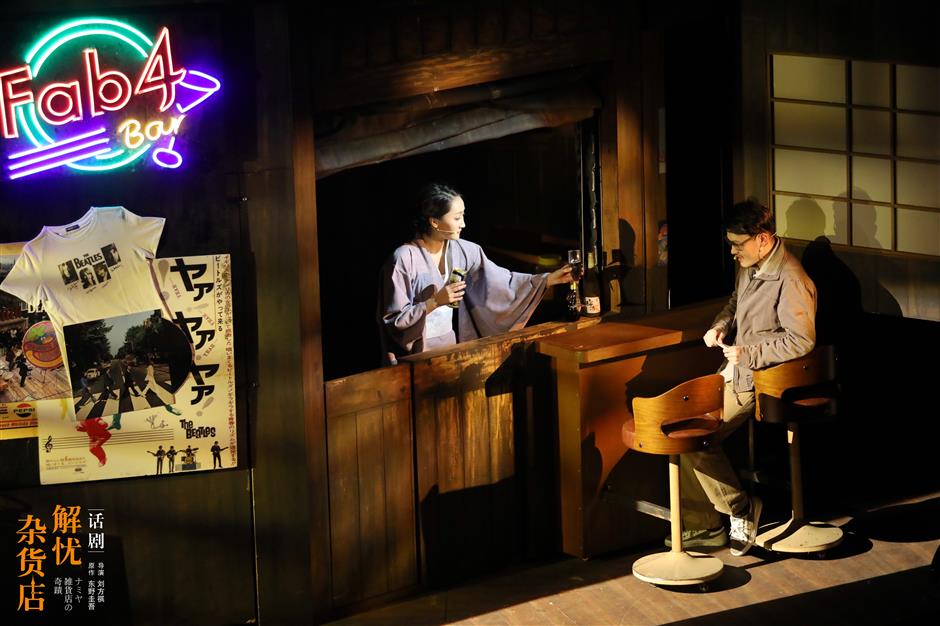 The play is based on Japanese writer Keigo Higashino's 2012 novel.

"What touches me most are people's frustration, dissatisfaction, expectations, and hard work," Liu said. "I hope that the play, which is over 2 hours long, will ignite the audience's yearning and desire to question their own lives."

In the novel, the owner of the Namiya General Store, Yuji Namiya, is a much-sought-after person, with people writing to him for advice. Thirty years later, three delinquents take shelter in the abandoned store after committing petty crimes. They go through the letters Namiya had received three decades ago and respond to them, revealing the owner's past.

The book was a huge success, and it was subsequently adapted into plays and movies both in Japan and other countries. The Chinese movie "Namiya," starring Jackie Chan, was released in 2017. 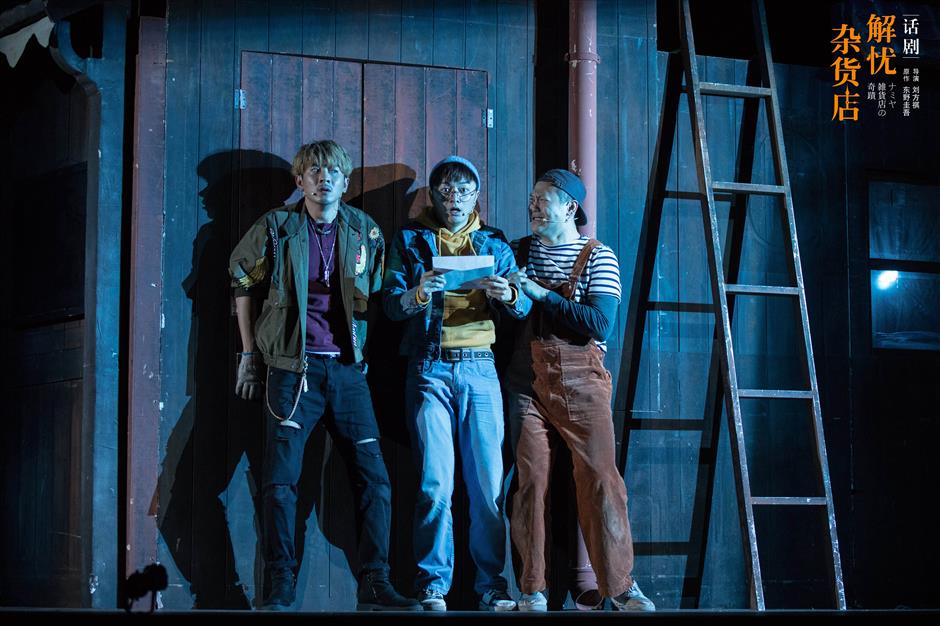 The play revolves around three delinquents who take shelter in an abandoned store.

Liu incorporates music, dance, and even multimedia into his adaptation of the play.

The music and sound effects were recorded using Japanese instruments such as the shamisen and taiko. The play is chock-full of leitmotifs, with every character having his or her own theme music.

"We shift between time and space with the help of a flexible stage, and try to create the tranquility of the small town, as in the novel," Liu said. 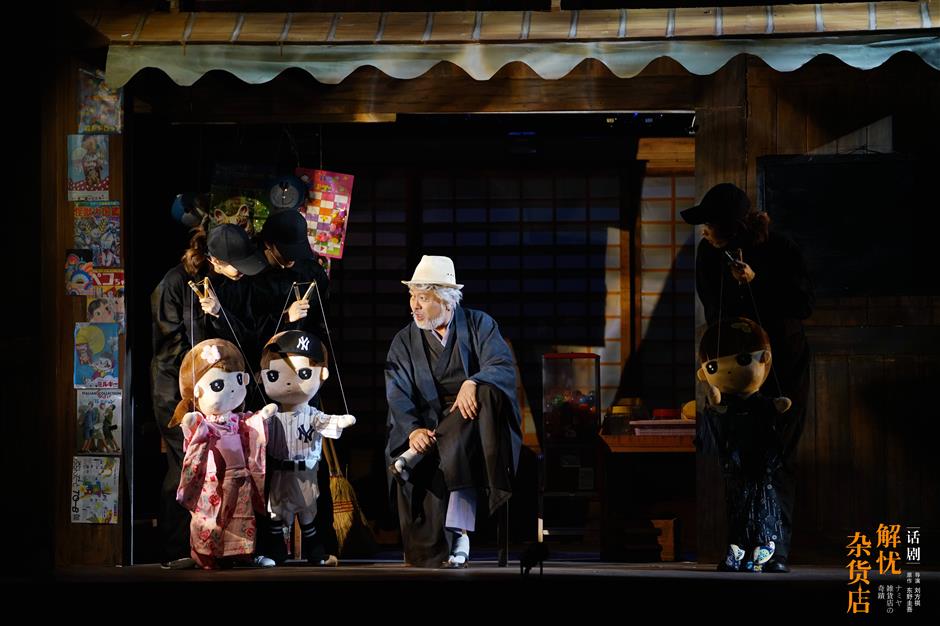 The play incorporates music, dance, and multimedia for effect.