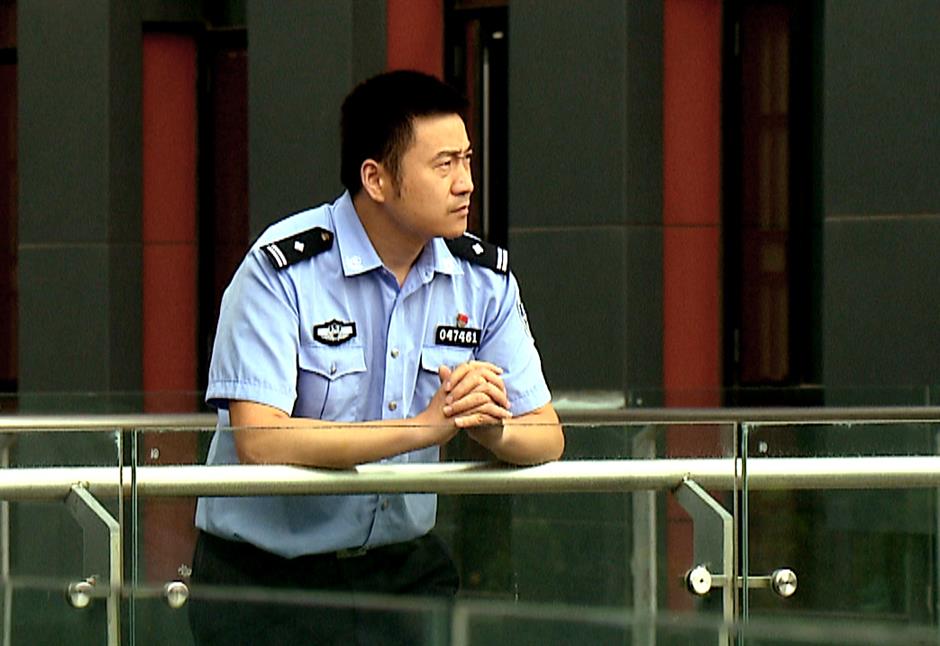 Du Meng, an inspector with the forensic group at Jiading Public Security Bureau, has solved thousands of wrongful death cases. 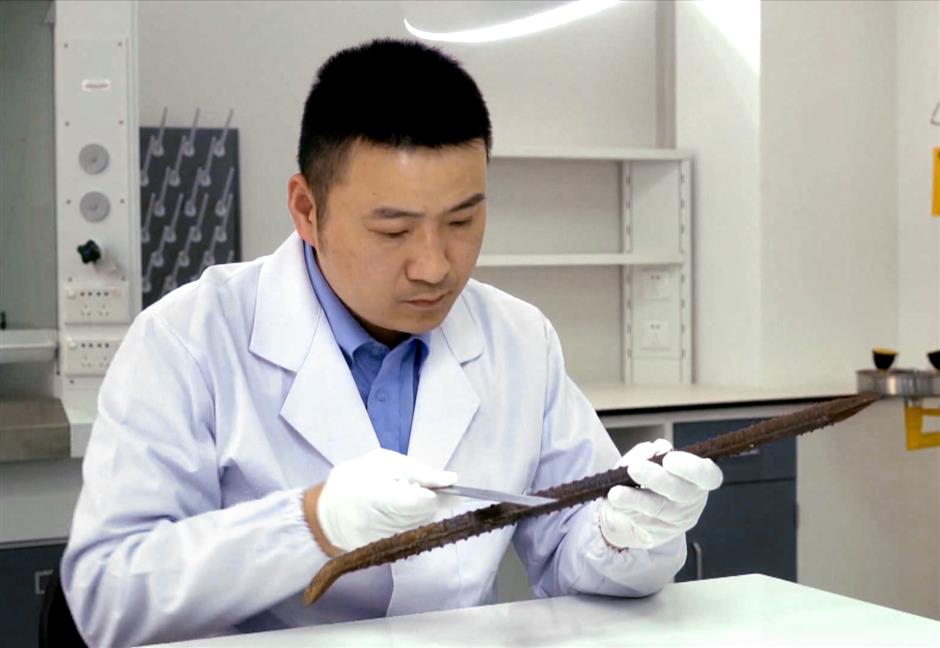 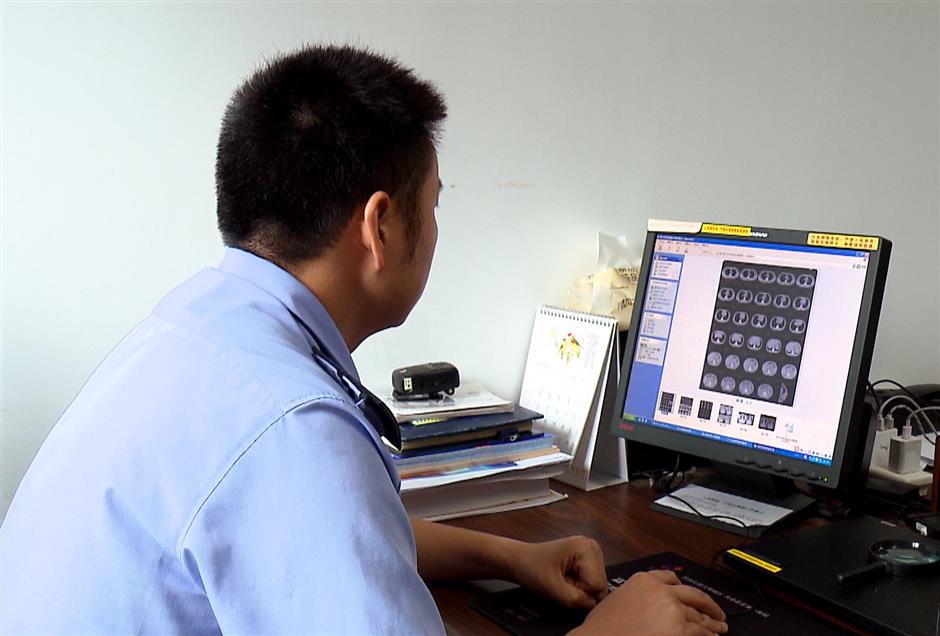 Du analyzes a graph on a computer related to a crime case.

A coroner “helps a dead person tell his last words to the living” is what Du Meng’s mentor once told him when he was pursuing his double degree at the Criminal Investigation Police University of China.

Du is now an inspector with the forensic group at Jiading Public Security Bureau and has solved thousands of wrongful death cases. He sees through fake scenes and works to see that justice is done for those who have died unjustly. No one who had wronged others escaped or complained after being exposed.

Toward being a coroner

Du graduated from Bengbu Medical College in Anhui Province with a merit in clinical medicine in 2006. He chose to pursue a double degree in forensic medicine at the Criminal Investigation Police University of China in Liaoning Province.

On September 21, 2009, Du, a new recruit at the Jiading bureau, saw his first crime scene. A young woman was lying on the road on her side, a deep wound piercing her body and a pool of blood underneath her. It was obvious she had been caught unaware as a pair of white earphone cords drooped around her neck.

Forensic work continued until 2am the next day and was followed by a case analysis. When Du at last had time to take a break, the scene of the dead woman still lingered in his mind.

But he overcame all his fears in his desire to become a coroner.

After a senior member of the forensic group retired, Du had to carry out surveys by himself. In the first 10 months after he was recruited into the bureau, he attended more than 300 death scenes.

Pass on words for the dead

An unnatural death case reached Du on a scorching summer day. A construction site said that one of its workers had died of heatstroke during work. After an autopsy, Du had three doubts. First, the deceased was alleged to have been moving sandbags before his death, but there was not a single grain of sand on his gloves or clothes. Second, a spiral imprint was found on the back of the dead man’s body, but there were no spiral gadgets at the scene, suggesting the body had been moved before the police arrived. Third, there was a small yellowish spot on the dead man’s right hand forefinger, its circumference slightly swollen and its center sunken and hard.

Sound professional knowledge told Du that the deceased had died of electric shock and the claim of heatstroke was false.

Du remained calm as he walked around the construction site. A screw-threaded steel bar at the northeast corner of a debris pile attracted his attention. The spiral pattern on the steel bar matched the spiral imprint on the deceased’s back.

He then asked people to move the pile of debris. Underneath was a cutting machine, part of its cable being bare copper wire. Here was the real crime scene.

Faced with ironclad proof, the manager of the construction site admitted they had faked a scene to avoid punishment. They were then asked to suspend operations and the deceased’s family, who had been kept completely in the dark, received their compensation.

Another time Du was told that an elderly man had died of accident at home. When he arrived at the house to make his inquiries, the dead man’s stepson and daughter-in-law told him that he had slipped in the yard and had died as a result of the accident.

It was raining outdoors and the alleged death site in the yard had been washed clean. However, during the autopsy, Du found a subcutaneous hemorrhaging around the elderly man’s ankles, neck and wrists, and he had a broken rib. After questioning, the stepson and his wife revealed the truth.

The stepson had wanted to renovate the house and asked the elderly man to move away. But when he refused, the stepson became violent, knocking the man down, tying him up with ropes and sitting on him. The elderly man died as a result.

“Coroners in Shanghai are obliged to carry bodies,” an interviewer told Du when he was applying for the job. And he does.

Du will salvage bodies from a manure pit, do outdoor surveys in storms or biting cold and braves the risks of entering dilapidated buildings.

Du’s motto is “to become more mentally stronger.” To do so, he taught himself psychology and gained a national secondary qualification in psychiatry.

But one thing keeps on frustrating him during his service as a coroner.

One day on arriving home, Du hugged his 3-year-old daughter and held her face fondly with his hands. Then his daughter frowned and ran away.

His wife explained that the child had found his hands smelly, and he had dissected a highly decayed corpse earlier that day. His daughter was especially sensitive as she had once seen pictures of dead people on his computer screen when she was with her mother during a visit to his office.

The child seemed to understand her father better when media coverage about Du and his coroner colleagues unfolded in front of her. She watched her father doing surveys, analyzing cases and finding the culprit.

“Dedication to one’s job is hard but rewarding. The difficulties of a job and the joy it rewards one are inseparable. Being a coroner is like tasting a jar of the best old wine of mixed flavors,” said Du.

Behind every crime there is a coroner like Du. They win people’s respect with their dedication and wisdom.