Raise a glass of Vermentino to toast spring 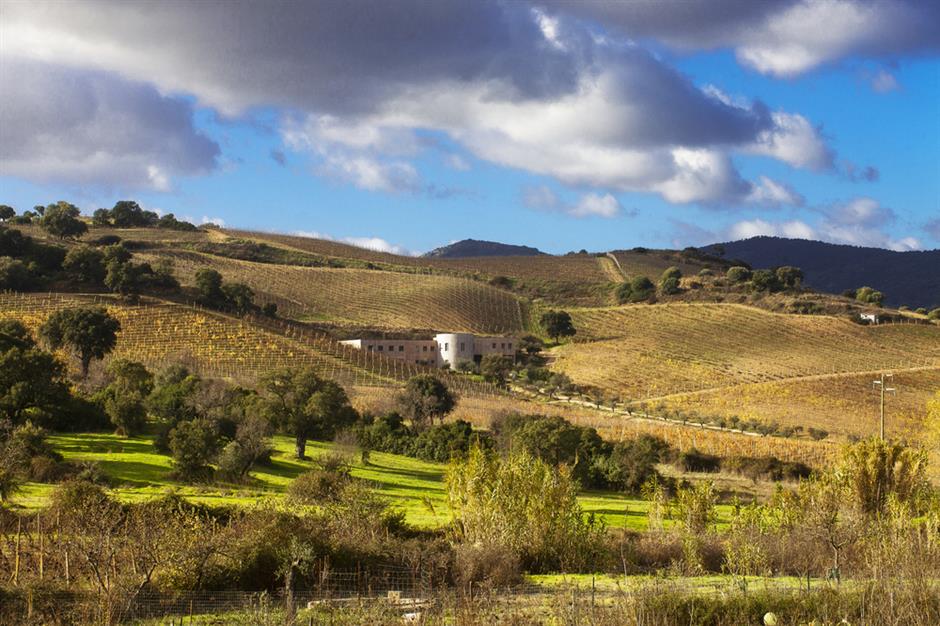 The trials and tribulations of 2020 are unprecedented in recent memory. But as we pass into the latter half of April, there’s a new freshness and optimism in the air.

Spring is a time of awakening, renewal and rejuvenation; a time when everything feels a little more new, young and beautiful. For wine lovers, this means switching gears from the heavy, body-warming wines of winter to something sprightlier and more delicate.

Unless you’re Italian, French or a wine geek, there is a decent chance you’ve never heard of or savored a Vermentino wine. It’s high time to correct this omission as the aforementioned white variety is now making some of the world’s most expressive white wines. The light and refreshing nature of Vermentino whites makes them perfect spring swill.

Formerly, the prevailing theory on the origin of Vermentino hypothesized that the variety was native to Spain. Then some scientists suggested a close link to the Hungarian Furmint grape. The latest work by ampelographers has established that Vermentino is identical to the Pigato grape of Liguria, the Favorita grape of Piedmont and the Rolle grape in southern France. These findings would indicate that the grape was first cultivated along the Ligurian coast.

In fact, there are over 40 different names for this grape, and this perplexing name game is one reason the variety has flown under the radar for so long.

The good news is that the growing popularity and marketability of Italian Vermentino wines is incentivizing producers around the wine world to adopt a unified terminology under the Vermentino name.

The most famous expressions of this variety arguably come from the island of Sardinia. The second largest Mediterranean island after Sicily, Sardinia is a paradise for wine and food. Vitis Vinifera grape vines and olive trees existed in Sardinia as wild plants in pre-human times, and recent archeological digs suggest the possibility that wine consumption on the island may date back to the Nuraghic Era of the Bronze Age.

Through the millenniums, the art of winemaking progressed as numerous outsiders invaded and brought their winemaking skills and new technologies.

The long list of occupiers includes the Semitic, Cretan, Phoenician, Punic, Roman and Byzantine cultures. From the 13th-18th centuries the Iberian kingdom of Aragon ruled Sardinia and planted Spanish varieties, including Bovale Sardo, Carignano, and Cannonau that continue to flourish today. The Vermentino variety is thought to have arrived on the island sometime during the early 13th century just before or at the advent of the Aragon occupation.

Despite boasting a long and distinguished winemaking history, in the 20th century the wines of Sardinia were not highly regarded, because most winemakers emphasized quantity over quality.

High yields, indifferent viticulture and a lack of winemaking standards damaged the reputation of Sardinian wines. A rebirth of sorts started in 1938 when a gent named Antonio Argiolas inherited seven acres (2.83 hectares) of vines from his father.

Unlike his contemporaries, Antonio dreamt of making high-quality wines using native varieties. This dream became a reality when his sons, Franco and Giuseppe, furthered winemaking advances in the vineyards and winery and in the 1980s started bottling superior quality wines under the family name.

Unfortunately, finding these wines in Shanghai is an endeavor.

The Vermentino wines of the south of Sardinia are easier to find and tend to be light to medium-bodied with abundant zesty citrus and mineral qualities.

Despite not being as weighty, the best examples are wonderfully complex and persistent wines. Many of these wines fall into the Vermentino di Sardegna DOC designation with some being IGT wines.

The crisp and fresh nature of these wines makes them exceedingly food-friendly, and I personally love pairing them with Shanghai seafood delights like braised yellow croaker and fish head with scallions.

Three other Italian regions are also well recognized for their Vermentino wines. In the Colli di Luni Vermentino DOC and Riviera Ligure di Ponente Vermentino DOC regions near the coast of the small Liguria region, winemakers still like to refer to the grape as Pigato and they use it to produce a light-bodied, finesse-style wine with lively lemon-lime flavors and pleasant saltiness. Immediately to the north, Piedmont producers call the grape Favorita. Tuscany also makes some notable Vermentino wines, especially in coastal regions like Bolgheri where the wines tend to be fuller-bodied with an almost Viognier texture. A fine example is the Petra Belvento Vermentino IGT, a wine with vigorous lemon, grapefruit and lavender aromas and pleasant citrus and balsamic flavors.

Outside of Italy, France also makes prominent Vermentino wines with some of the best coming from Côtes de Provence. I’ve also tasted some inexpensive but quite decent new Vermentino wines from Languedoc.

One of the most interesting expressions of Vermentino comes from the island of Corsica. Here the grape is known as Vermentinu, and the producer Clos Venturi makes two fine expressions, the Blanc Corse AOP, a lively wine with pear, pineapple and citrus sensations, and the 1769 Blanc Corse AOP, a richer version with more floral notes.

﻿
Special Reports
ADVERTISEMENT
Raise a glass of Vermentino to toast spring
Cherry blossom adds spring spirit
So you think you know about rice?
Double blend Scotch gets into Indian spirit
Cherries blossom in a glass of Sangiovese
Time to make the most of mussels
Marrakech, an exotic spice of culinary life
Hand mixers boom hits the nation
Serving up an authentic taste of Singapore
So you think you know noodles?
EXPLORE SHINE