Nine landmark Hangzhou buildings, monuments and relics have become the latest addition to the list of Major Historical and Cultural Sites under National Protection. The local authority now has responsibility to preserve the original culture and distinctive architecture of every building, monument and relic. To date, 48 Hangzhou plots in total have been included into the list. The sites provide evidence of Hangzhou’s rich history and several of the locations are hidden in quiet lanes which are flocked every day by locals, visitors and tourists. Shanghai Daily visited five of these iconic landmarks in downtown Hangzhou and explored their links between the modern city and its bygone past.

Ren’ai Hospital was built between 1922 and 1928 by Sister Hacard, a French Catholic nun from the Sisters of Charity. Ren’ai means “kindheartedness” in Chinese, and it was the first Western hospital in Hangzhou.

Its old buildings are characterized by red bricks, stained glass and Western architectural style. A Gothic church was erected along with the hospital.

At the time of its construction, the hospital was at the cutting-edge of new medical treatment and technology. According to historical documents, it had the first X-ray machine in Hangzhou.

In the 1930s, a nursery was established in the hospital. Abandoned infants and kids were taken there and raised by nuns.

After renovation, the former Ren’ai Hospital has become part of present-day Hangzhou Red Cross Hospital. A new statue of Sister Hacard has been erected to replace an earlier one, paying homage to the kindhearted French nun.

Address: At the intersection of Daomao Lane and Huangcheng Rd E.

Among the library’s most famous texts is a preserved copy of “Siku Quanshu,” or the “Complete Library in Four Divisions.” This ancient encyclopedia has an annotated catalogue of 10,680 entries, along with a compendium of 3,593 entries.

Zhejiang Library has already moved to a modern venue, but this pavilion is still a center of researching, protecting and repairing ancient books in Zhejiang Province. Though the precious books are not accessible to ordinary visitors, its buildings and collections are invaluable.

It was in Hangzhou that the first draft of the Constitution of the People’s Republic of China was written. Formulated over a period of 77 days in the city by Chairman Mao Zedong and a committee of elected drafters, the document was issued in 1954 and is often referred to as the West Lake Draft.

The site at the northern edge of West Lake, where Mao and the committee worked, has been turned into the Constitution Exhibition Hall today. It is the first museum of its kind in the country, and aims to boost constitutional awareness in Hangzhou.

Nowadays, more than 3,000 historical documents and objects are on display for the first time, giving visitors a glimpse into the background and development of the constitution.

The exhibits are divided into two sections. The first recreates the original appearance of Mao’s bedroom, office, reception and meeting rooms during the drafting process.

The other section focuses on how the constitution was conceived and developed over time.

The West Lake International Expo, first held in 1929, was modeled after the World Expo held in Philadelphia, the US, in 1926. The governor of Zhejiang Province at the time, Zhang Jingjiang, wanted to use the expo to promote the city and stimulate the economy.

The expo was a huge success, with revenue tripling expenses. It also attracted millions of visitors.

Zhang had studied and worked in France, and financed Sun Yat-sen (1866-1925), one of the great forerunners of the Chinese democratic revolution. His new ideas and innovations contributed to the event’s success.

The first expo displayed more than 14,000 products from home and abroad, which took the expo committee more than eight months to prepare and organize.

After a long period of suspension, the Hangzhou government revived the expo in 2000. Today it’s an annual event focused on leisure, tourism, culture and business.

Today, the first expo venue is a museum showcasing the expo’s history through multimedia and original documents. 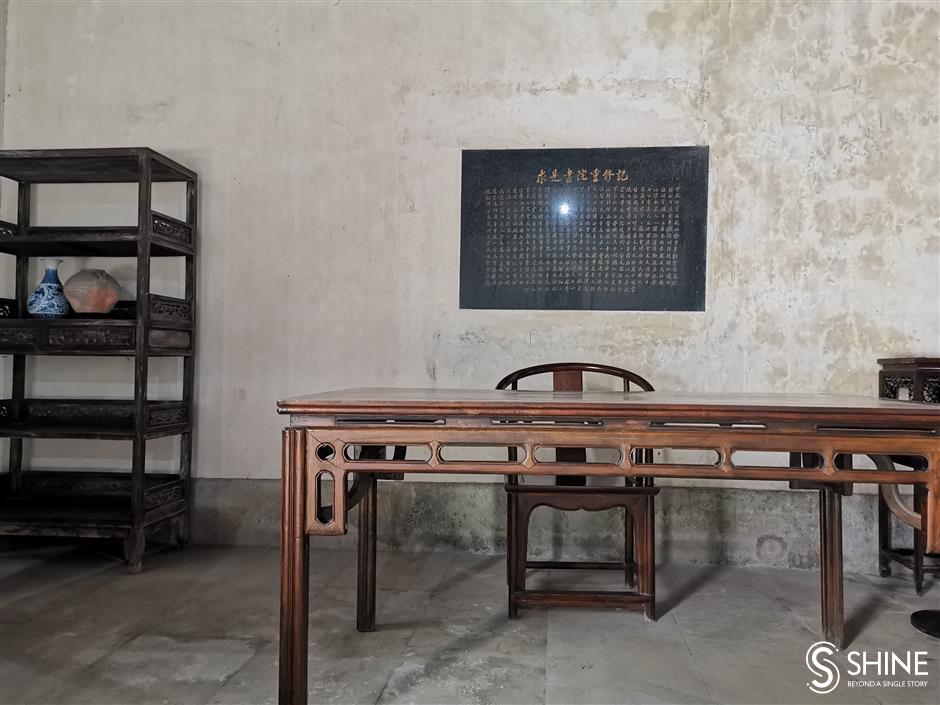 Every Hangzhou resident knows Zhejiang University, but few know that a hidden house nestled on Daxue Road is the origin site of the prestigious school.

He transformed the former Puci Temple into the academy. Buddha statues were replaced by bookshelves, tables and chairs, but the original architecture was preserved.

Today, passers-by seldom pay attention to this traditional building. However, its status in China’s educational history cannot be forgotten.