Raise a glass to a lady who knows her beer 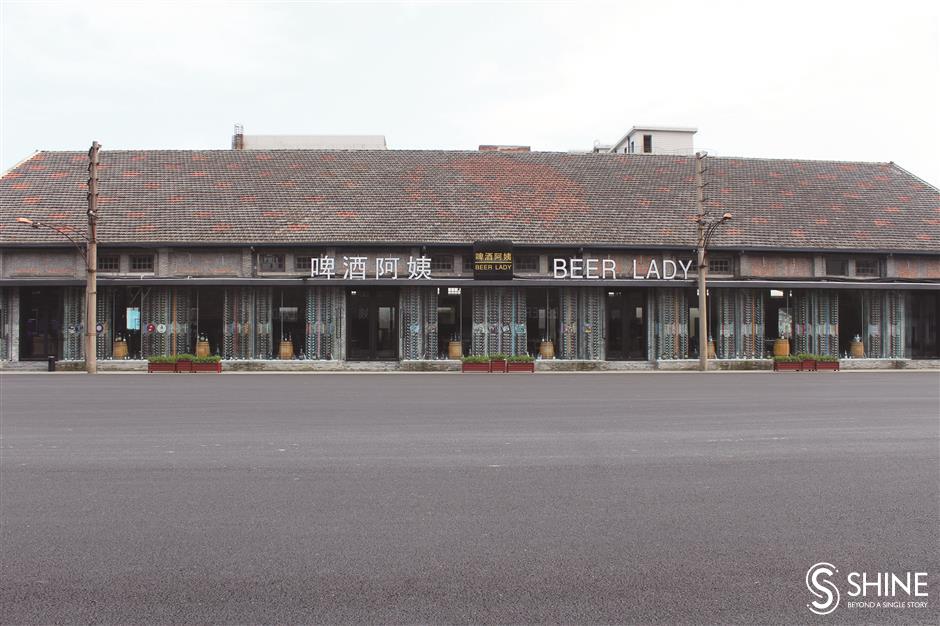 In addition to its beer museum, the Beer Lady brewpub houses a Chinese food restaurant, a red wine tavern and an outdoor snack booth. 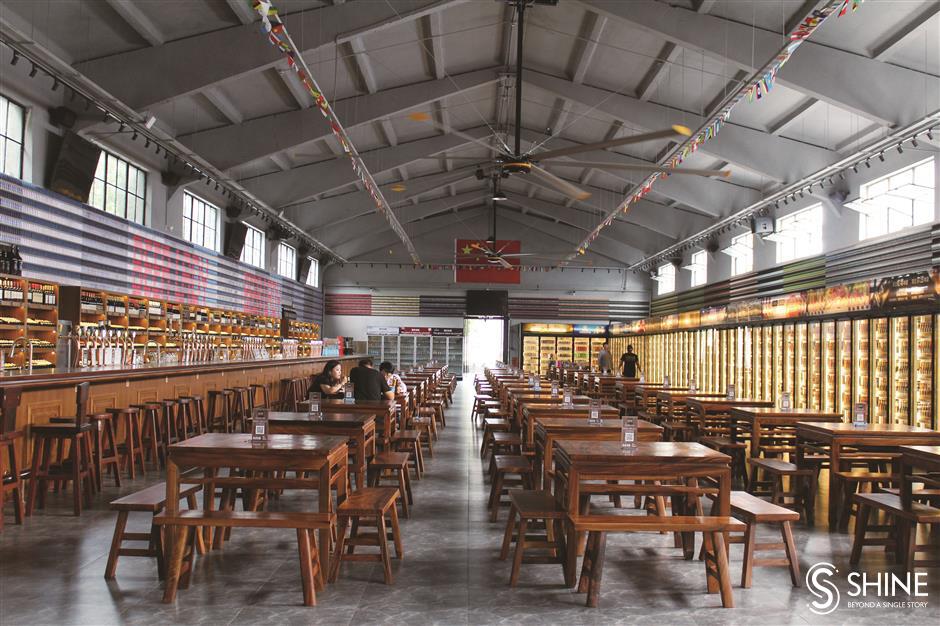 The interiors of Beer Lady brewpub

Beer Lady, an Internet-hit craft brewpub in Shanghai, opened its flagship store at Songjiang’s Yun Jian Granary Cultural and Creative Park on May 10. The brewpub, collecting tens of thousands of beer types from across the world, is also the biggest beer museum in the city.

The flagship store covers an area of 4,000 square meters and, in addition to its beer museum, houses a Chinese food restaurant, a red wine tavern and an outdoor snack booth, according to Zhang Yindi, founder of Beer Lady.

“We started to run the brewpub round the clock from June 1 and tourists and citizens can spend their night dining on steamed seafood and crayfish while drinking beer,” said Zhang.

The interior walls of Beer Lady are full to the brim with beer cabinets of various kinds and Zhang is very familiar with each bottle she has collected.

“The beer museum inside the store covers an area of 1,200 square meters. It displays more than 10,000 types and in total 60,000-plus bottles of beer from different parts of the world,” she said.

“This was from the famous Belgian St-Feuillieun winery. And this is the Danish Snake Venom, highest in alcohol content, 70 degrees; a good drinker will be quite fond of it. Some beers are suitable for ladies, like this bottle of Austrian craft beer, very fragrant,” Zhang introduced.

The beer museum, through interactive activities, will introduce to visitors a comprehensive beer culture, including its ingredients, brewery equipment, canning equipment, packaging facilities, what crafted beer is and its derivatives, according to Zhang.

Zhang started her business as a store owner running a 20-square-meter grocery store and the Beer Lady brand she founded has several branches in Shanghai.

“Songjiang is the root of Shanghai and the Yun Jian Granary Cultural and Creative Park in Songjiang is a place rich in culture. We hope to build the brewpub into a new local landmark where people not only drink beer but also experience a culture,” she stated.

How to get there: Take Metro Line 9 to Zuibai Pond Park, then take Songjiang No. 2 or No. 33 bus to Yunjian Granary Cultural and Creative Park where Beer Lady brewpub is located.

Special Reports
ADVERTISEMENT
61771
,
Raise a glass to a lady who knows her beer
Look familiar? A town on the Yangtze that has hints of Shanghai
A bike, a dream and gritty resolve. The odyssey begins
No need to travel far. Great outings are found in our own backyard
Wander among #Instaworthy spots in Penghu
On a tropical island wonderland, tourists on beaches gaze skyward
A festival of color blossoms on Wushan Hill
Beds empty, small innkeepers turn to stop-gap measures
Island-hopping among natural wonders in Taiwan
Little Liuqiu has it all: A dive into coral reefs and luscious seafood
EXPLORE SHINE