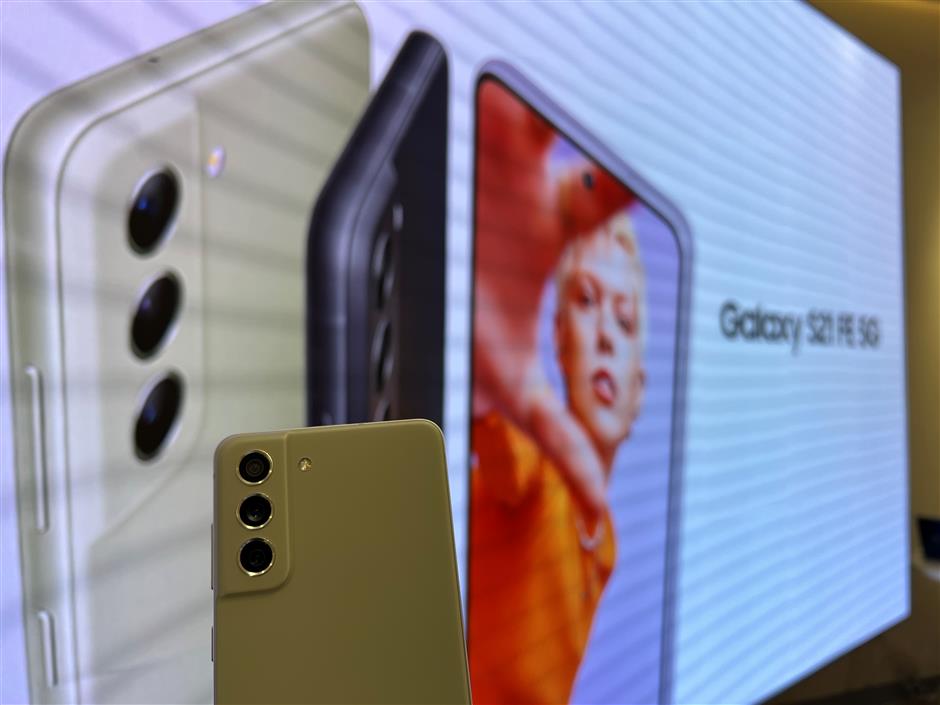 Fancy smartphones, augmented reality glasses, new display technology TVs and lidar for autonomous cars are among the mix of innovations and wacky products on show at the ongoing Consumer Electronics Show (CES). Many have been developed by Chinese firms and some are soon to be adopted in China.

Chinese companies, from TV maker Hisense and smartphone brand OnePlus to car maker Geely Auto and Shanghai-based Hesai, are all flexing their tech muscles at the four-day CES, the world's biggest tech show underway in Las Vegas that will conclude on January 8 (US time).

Overseas giants AMD, Intel, NVIDIA, Qualcomm, Samsung and Sony have all released new technologies and products during the show, most of them to be available soon in China.

Among the CES debuts, OnePlus 10 Pro, a flagship model with 32-mega-pixel front camera, will be released in China next week while Samsung's Galaxy S21 FE 5G model has already been displayed in a Shanghai store on bustling Nanjing Road.

Newly released chips for laptops and desktops will be adopted in Lenovo or Acer computers in the first quarter. 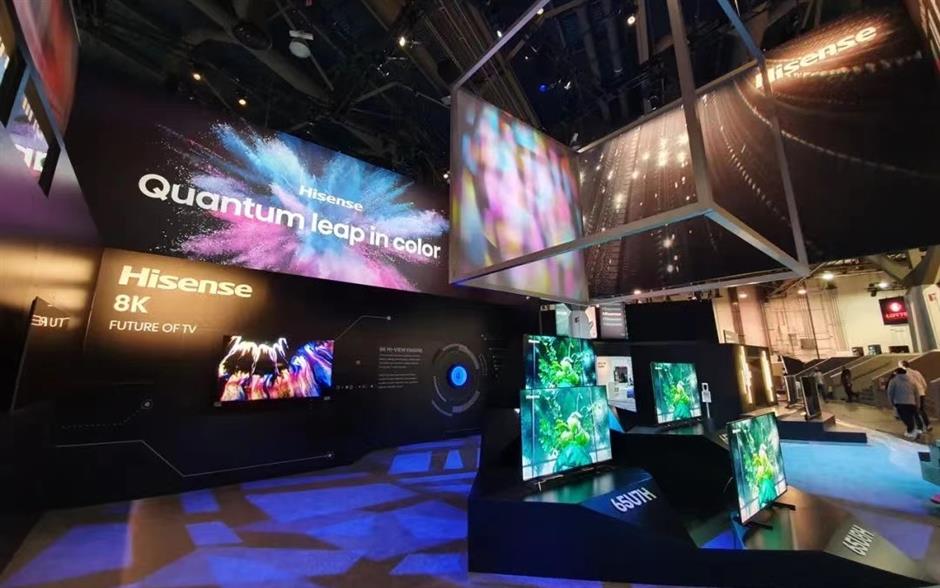 The Hisense exhibition area at the 2022 Consumer Electronics Show in Las Vegas.

Beyond the buzziest products, the development of artificial intelligence, metaverse and smart driving are noteworthy trends of the show. These technologies, covering chips and platforms, are destined to be widely adopted in smartphone, laptop, electronic and car applications in the near future, probably this year.

They are opening gateways to future lifestyles, such as creating 3D avatars in an affordable computer, supporting immersive games, exploring either the metaverse or a digital universe, and driving an intelligent car.

"Now we not only have a rendering tool but a complete ecosystem full of possibilities," said Shanghai-based digital artist Xu Zhelong. 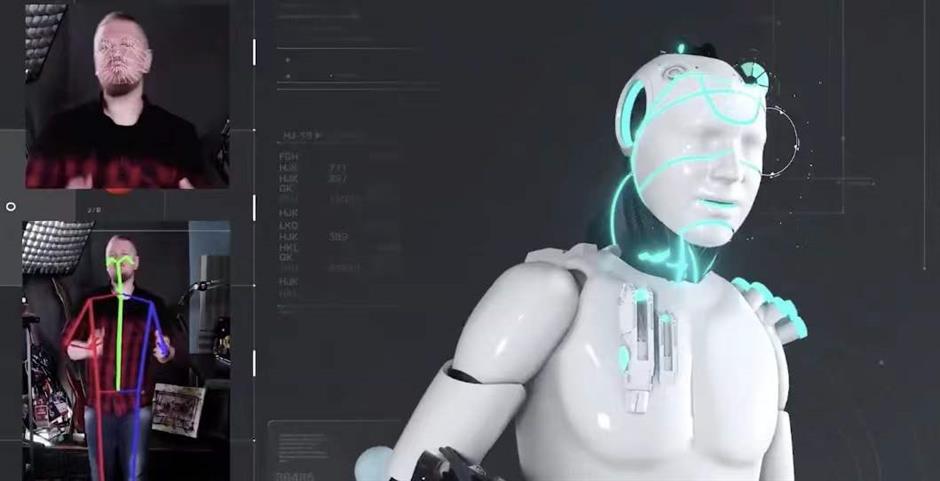 By developing motion capture, chips and 3D rendering tools released at CES, designers including Shanghai-based Xu Zhelong can easily create avatars and virtual 3D items that can be used in the gaming, film, VR and advertising sectors.

IT and automotive industry integration

CES has attracted top carmakers in recent years as the boundaries between IT and automotive industries disappear.

Shanghai-based Hesai showcased its AT128, a long-range hybrid solid-state lidar for driver-assistance system (ADAS) applications in mass production passenger and commercial vehicles. AT128 provides the essential perception capabilities that L3+ autonomous vehicles require and could be seamlessly integrated onto the vehicle

It is one of the few hybrid solid-state lidars on the market that can detect objects at long range, while also achieving a high measurement frequency, the company said.

Sony announced it will found a car-related company to explore the fast growing market, unveiling a new prototype of its Vision-S electric vehicle at CES. It will create a Sony Mobility subsidiary in spring 2022, Sony Chief Executive Kenichiro Yoshida said. 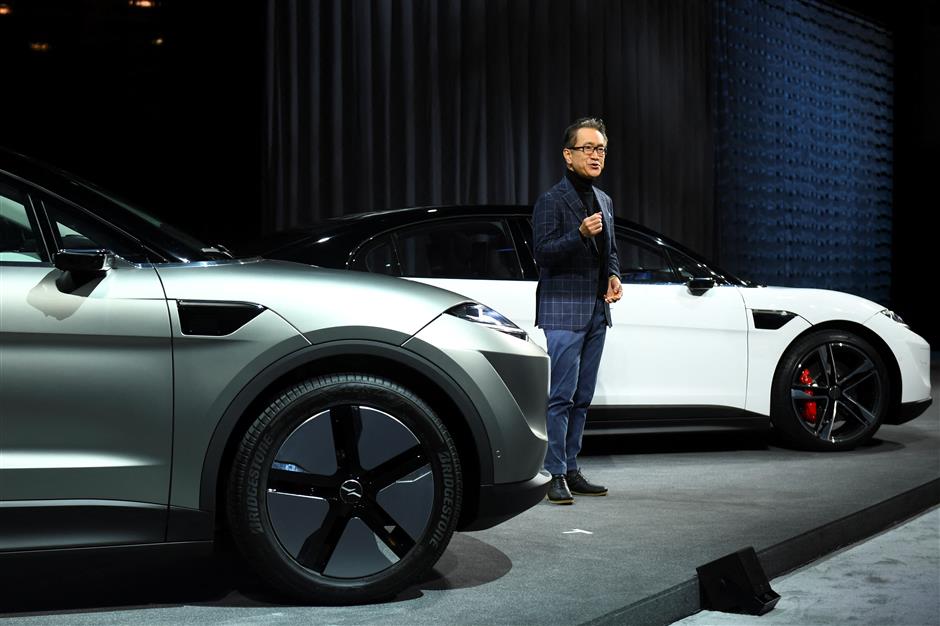 Volvo, now a subsidiary of Chinese company Geely, made its autonomous driving tech debut during CES, and its product may be available first to customers in California, according to media reports.

Chip designer Qualcomm is offering tech and autonomous systems to Volvo, powered by its Snapdragon chip platform. Its Snapdragon Ride Vision System is expected to be available for in-vehicle production in 2024, according to the company.

NVIDIA also released its latest-generation driving platform, including surround cameras, ultrasonics and nine radars. It also has safety architecture: if one computer or sensor fails, there is a back up available to ensure getting passengers to a safe place.

In China, tech giants such as Huawei and Xiaomi are establishing smart driving divisions. Xiaomi plans to produce its own cars with total investment up to 100 billion yuan in the next decade. In June, Hesai completed a US$300 million investment round from tech firms including Xiaomi and Meituan.

Chips, regarded as the "brain" of all devices, make sense in today's digital society, and firms and consumers have learned it only too well due to recent chip supply shortages.

Top chipmakers AMD, Intel and NVIDIA all released new products during CES, mainly graphic chips that are tickets to the AI and metaverse worlds.

The new release includes the entry-level GPU RTX 3050, with latest ray tracing and AI rendering features, priced from 1,899 yuan (US$249), and is "more accessible than ever before." Comparatively, a mainstream graphic card with rendering costs at least 2,500 yuan. 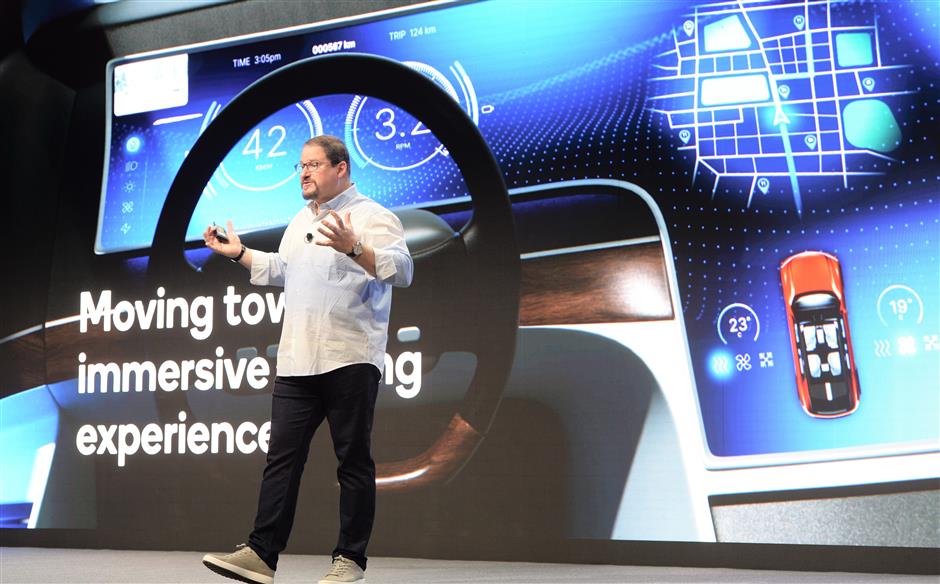 Cristiano Amon, president and CEO of the Qualcomm chip company, speaks at the CES technology trade show. The San Diego company unveiled its "digital chassis" strategy: showcasing efforts to expand mobile technologies beyond smartphones and deeper into cars, including a new computer vision processor called the Snapdragon Ride Vision System for delivering advanced driver assistance via onboard cameras beginning in 2024.

The introduction of more accessible GPUs and official release of the free Omniverse will lower the entry threshold for advanced AI and graphics technologies to more people, including 45 million game and film creators. It will help them create shops, homes, robots, factories and museums in the 3D virtual world, and change the landscape for digital entertainment, social media and everyday lifestyles.

Intel, the world's biggest CPU chipmaker, announced it will release for the first time a graphic chip. Its new Arc graphic chip can collaborate with a CPU chip to let editors export video 40 percent faster than through a discrete GPU.

It will help people deal with high-end games and complicated image and video design and creation, even on super mobility laptops, companies said during CES. 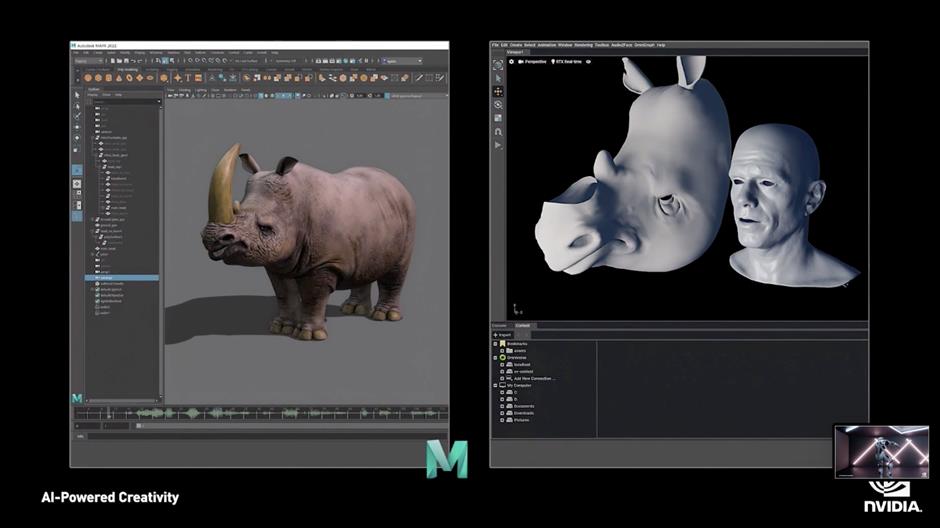 Tech firms have kicked off wacky AR/VR products with evolving technology and riding the wave of the metaverse. After all, Facebook has changed its official name to Meta. AR/VR devices are seen as core components in the shift toward the metaverse.

Qualcomm announced during CES a collaboration with Microsoft to expand and accelerate AR to usher in "new gateways to the metaverse." It is co-developing AR chips to enable power efficient, lightweight AR glasses to deliver rich and immersive experiences.

"The merging of physical and digital spaces is real and accelerating, in virtual reality and augmented reality, a trend we see amplifying as the metaverse takes shape," said Cristiano Amon, Qualcomm's CEO.

Sony has expanded its production capacity for PlayStation 5 which has faced supply shortages in China since its debut in May. More China-developed games will land on the PlayStation platform and spread globally this year, Shanghai Daily learned.

The augmented and virtual reality industry market is expected to top out at US$4.43 billion in 2021. Fueled by catalysts like metaverse and cloud games, the value will escalate to US$36.11 billion, at an annual growth rate (CAGR) of 68.4 percent, according to researcher International Data Corp (IDC). 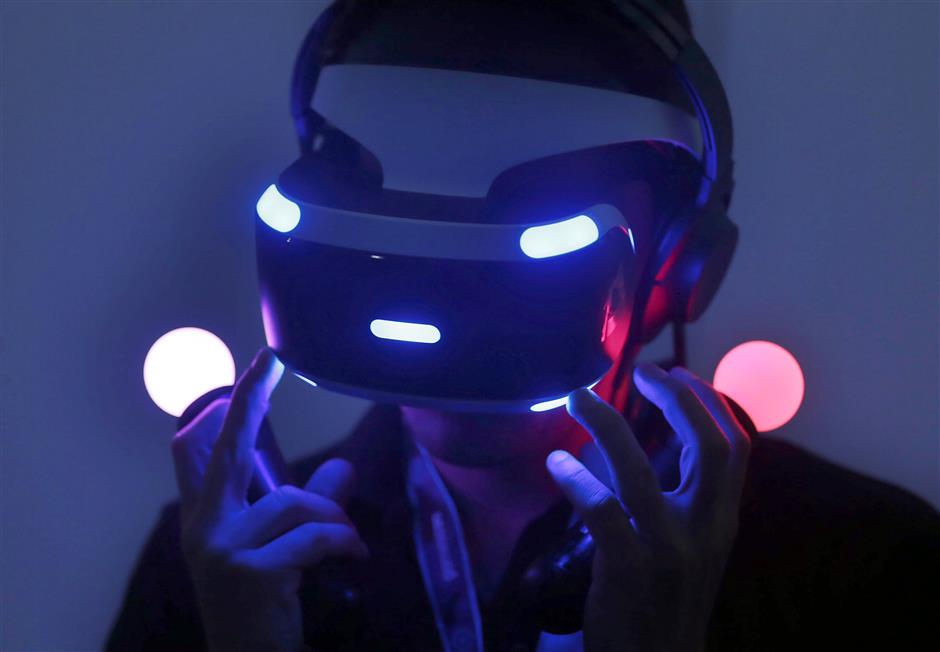 The next generation of Sony's virtual reality headset (older generation pictured) is set to be called the PlayStation VR2.