Have you lost all motivation to do anything?

Shanghai residents are probably experiencing all of them right now, same as composer Luo Wei.

In the community chat group, his neighbors were arguing endlessly about tedious errands. Some people, who knew Luo was a musician, suggested he perform a cloud concert to calm everyone down.

"Healing Music FM" is available daily from 10pm to 10am on WeChat's video account 罗威的治愈小馆, and the composer intends to extend it to other platforms after experimenting and studying the feedback from the first week.

"Alternatively, 'Healing Music FM' may simply be background music that you listen to while reading, suffering from insomnia, anxiety, or simply trying to relax and forget about it all." 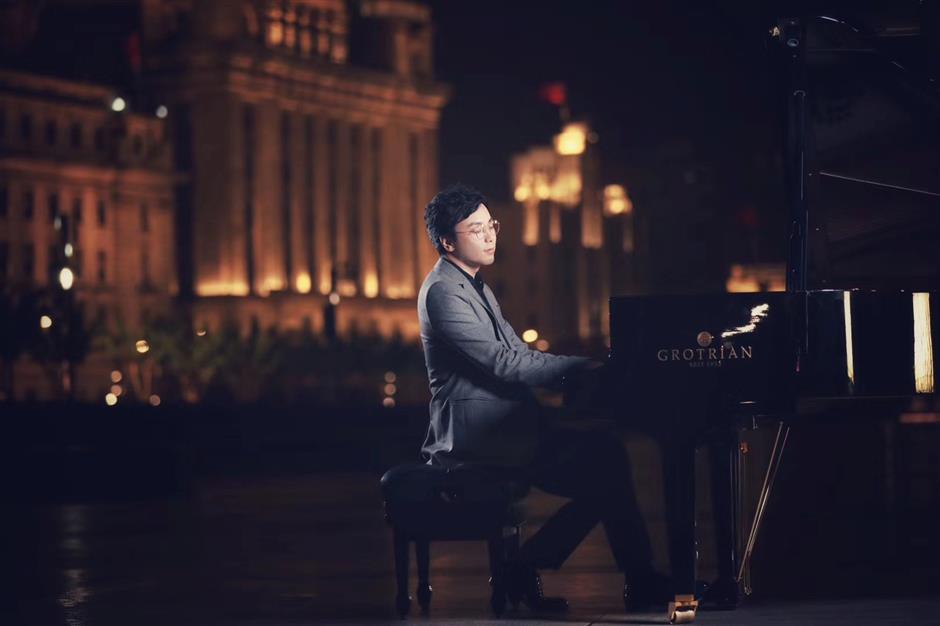 Composer Luo Wei, who sees Shanghai his second home, tries to cheer up local residents by livestreaming music for 12 hours.

Luo has been locked in since March 28, his birthday! For the Guangzhou native who moved to Shanghai 15 years ago, the recent experience feels almost surreal, as it does for many others in the city. Like home, the city has always provided him with a sense of comforting familiarity and security.

He flew back to Shanghai from a concert in Chengdu, Sichuan Province, on a China Eastern flight on March 22, a day after one of the same airline's planes crashed in the hills of the Guangxi Zhuang Autonomous Region.

Around the same time, Shanghai was dealing with a COVID-19 resurgence.

"I was terrified and took melatonin for the first time in my life," he said about his flight back from Chengdu. "The plane was already descending when I woke up, and I could see the outskirts of Shanghai. Despite how strange it may sound now, I felt safe at the time."

He considered returning to his hometown of Guangzhou in southern Guangdong Province to stay with his parents or traveling to Beijing for a planned recording, but he opted to stay back.

However, work has been disrupted, and life has become chaotic.

At first, Luo couldn't even bring himself to listen to music, not even his own.

"I was worried for several days. I even skipped grocery shopping in the mornings after reading and watching all the depressing news. In times like these, what is illustrated in music appears to be so unrealistic."

He tried to regain some semblance of sanity by doing stuff his own way, like arranging uncooked food by color before cooking.

Gradually, he returned to music. He is currently listening to "Music Gift to" by Kaori Muraji, a Japanese classical guitarist. The album includes well-known jazz pieces as well as film scores. Muraji's "restrained yet insightful style" is particularly appealing to Luo.

Luo's own style is diverse, from high-energy songs like "Hero" for Tencent's League of Legends Pro League games to romantic pieces like "Walking in the Bund." He started a "piano diary" in 2013, and has accumulated 365 pieces ranging from two to about five minutes.

Nearly 250 of these pieces are intimately connected to Shanghai, such as "Morning, Cat in Jinjiang Park," "Riverside – I want to have a chat with this city" and "The Endless Rain in Guilin Park."

"These romantic pieces of the city are a bit nostalgic ... I listen to them with some sadness now that we can't go out," he said on Tuesday morning, minutes after finishing his livestream. 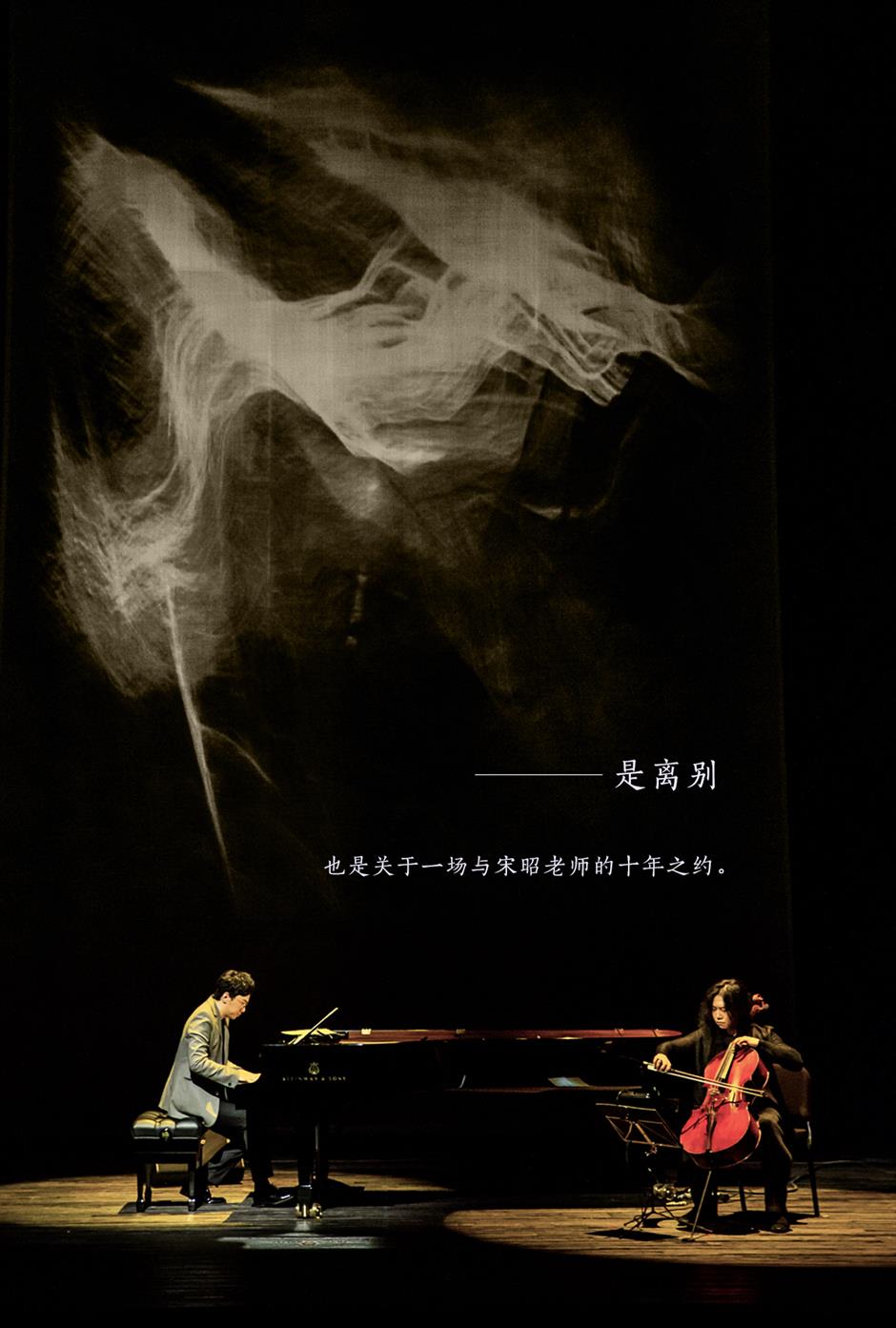 He concluded the 12-hour playlist with "Pray," a piano concerto. It is a piece written by Luo in 2020 during the pandemic and rearranged into a concerto to "bring some warmth into the melodies and make them more fitting for Shanghai."

"In 'Pray,' I illustrated an image of dawn in the hopes of delivering something warm and solid, to calm you down, help you relax and sleep well," he explained, adding that a new song, written in collaboration with a band, will be released soon.

The daily livestream playlist consists of various selections from Luo's 365 "piano diary" entries, to which sounds from the city, such as rain, highway noise, or birds singing, will be added. He is also thinking of including visuals of the city but is concerned that it will add a sense of melancholy.

His last diary was a piece called "A Letter to Shanghai in Spring." He had the pinkish cherry blossoms in Gucun Park in his mind while recording.

"It is not possible to visit the park now, so there is a sense of nostalgia," he explained, adding the current experience has also changed what he wants to compose in the near future.

"I used to get inspired by nature a lot, especially what I see in this city. But this time, I've been touched by a lot of people, from the convenience store owner who lived in the shop for weeks so she could deliver necessities to those nearby, to my neighbor who gave me oranges. In my future works, I hope to include more observations of the city's inhabitants."

When it comes to residents, nothing occupies Luo's mind more than "meet in person" right now.

"It's been an emotional roller-coaster. It is so complex that it's hard to explain.

"But one thing is certain; when I chat with friends virtually now, we all want to 'meet in person,' regardless of what we do. I definitely want to compose more about human relationships. Through music, I want to express my gratitude and a sense of community."