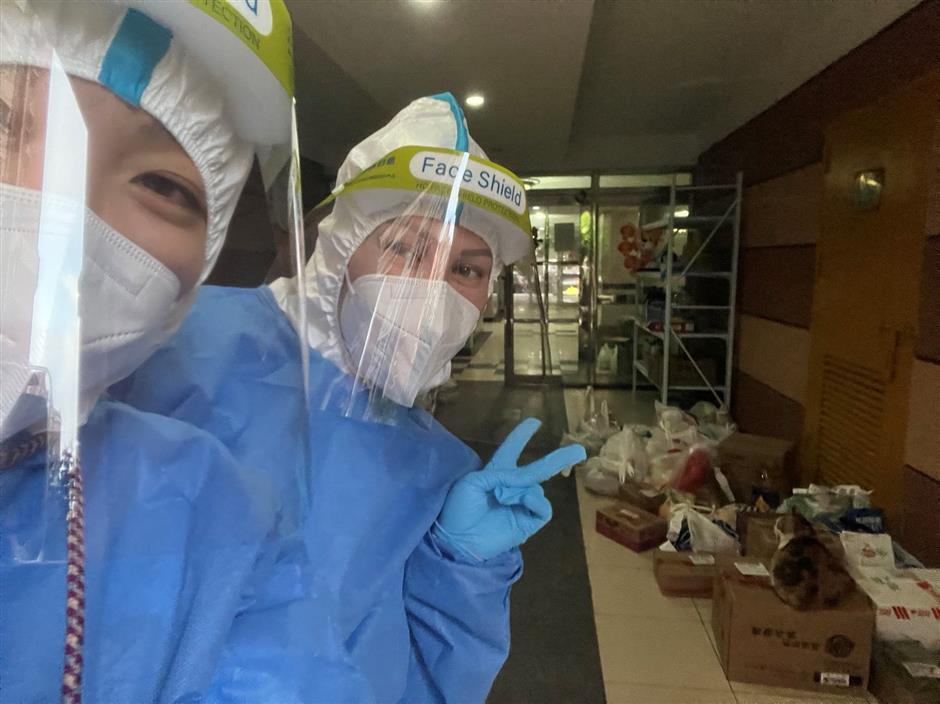 Roomates Chen Mengying (left) from China and Stacey Klinge from the US, in full protective suits, are ready to deliver the packages.

One of the stories to emerge from the Shanghai lockdown is that of volunteers in hazmat suits being applauded and complimented, and, in some cases, confronted with hostility.

As the city marks a month of lockdown, people in white suits are a major sight on the road as far as the eye can see.

Dabai, as the volunteers in the protective suits are called, are among the lifeline forces, ensuring that residents who are unable to leave their homes receive the assistance they require.

With emotions running high, some of them even took flak from residents amid the uncertainty of the lockdown and anger over the lack of essentials.

But two volunteers in a complex came up with a novel idea to soothe the growing frustrations. In a rather unusual fightback by the unappreciated dabai, they have been designing humorous posters ― with a message ― daily.

Roomates Chen Mengying from Wuhan, central China's Hubei Province, and Stacey Klinge from Texas, USA, have been designing amusing posters in English and Chinese. When fresh volunteers were needed to replace close contacts, the two young business owners became dabai. Their task was to deliver packages within the 29-story building.

"Baymax, like the volunteers, also known as dabai in Chinese, is a cute and popular character here," Chen noted. "So when we came up with the idea of talking via graphics, we decided to employ Baymax."

One of the first posters Stacey designed featured a Baymax with a Coca-Cola. The copy read: "If you order Coke, expect me to drink one too! I LOVE THEM!" 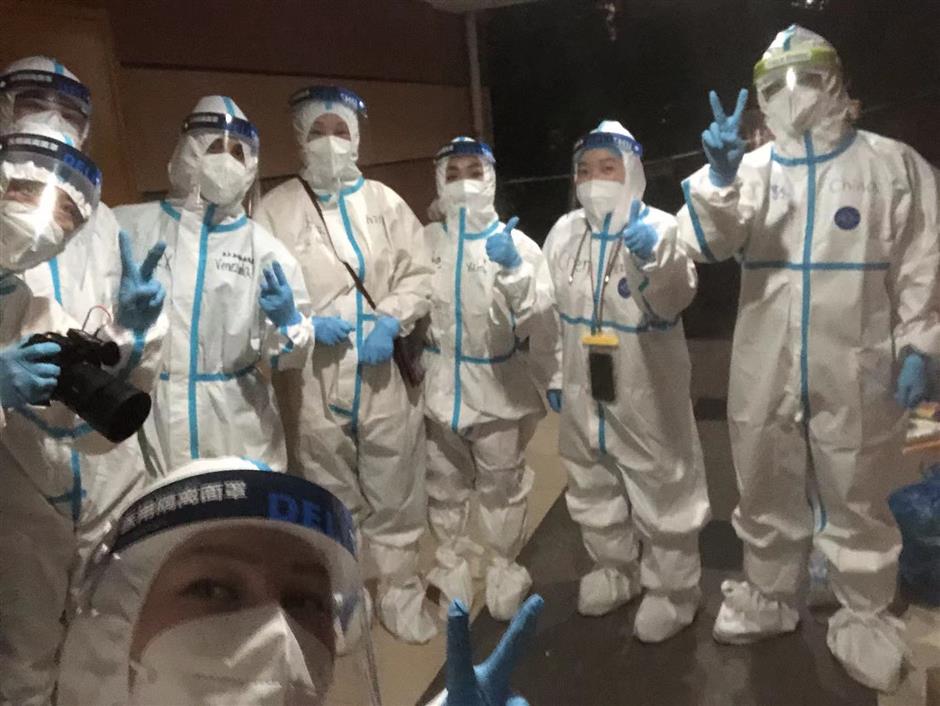 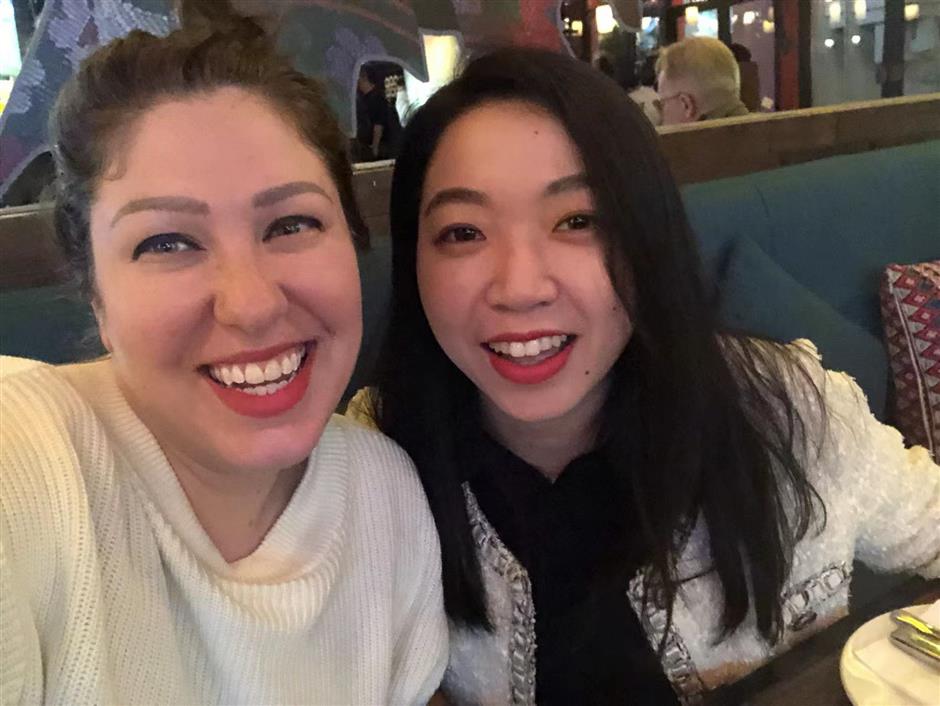 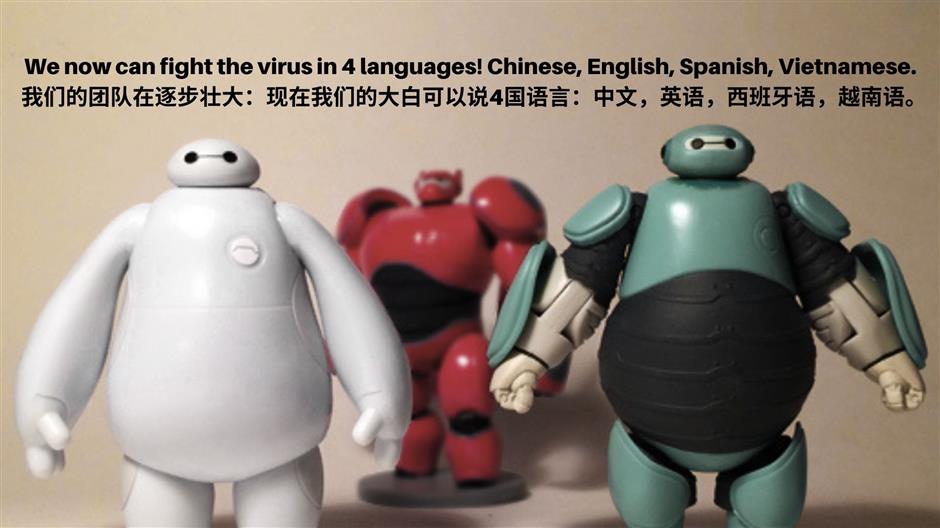 Some of the fun and touching bilingual posters featuring Baymax, or dabai, designed by Chen and Stacey 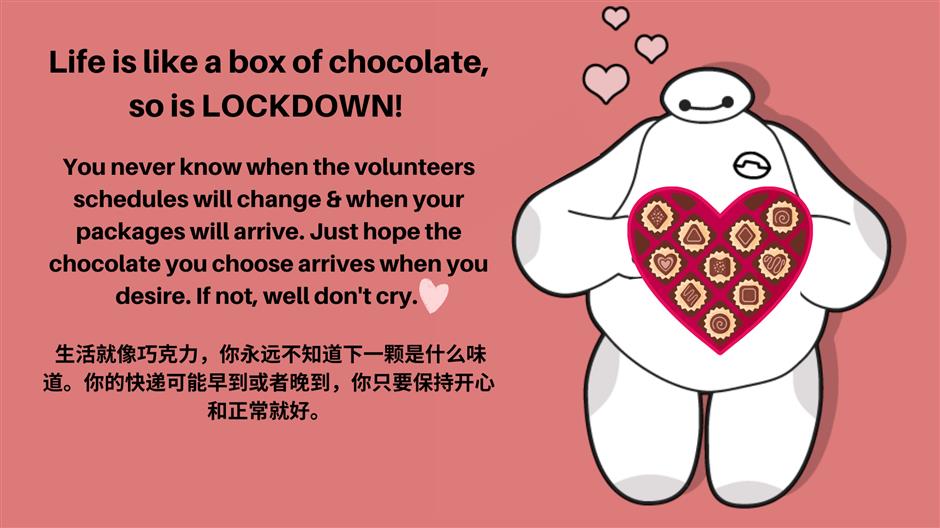 In a lighthearted manner, she wished to request that neighbors restrict their purchases of such heavy products. Delivering such heavy goods in safety suits and face shields left Stacey and the volunteers drenched in sweat.

"In my culture, we often discuss important topics through humor, so I wanted to do the same with my neighbors," she told Shanghai Daily. "And the great thing is that I have Chen to make sure it's culturally appropriate for Chinese people. So far, it has worked great. My neighbors have turned cola into a joke, constantly joking about tipping us with cola."

In another poster, they gave floor 11 the "Most Packages Award." Stacey said she had seen "the most eggs in my life" one day. "We had so many packages that day that all nine volunteers had to work together."

So she created a poster depicting a scarred Baymax standing next to mountains of deliveries.

The posters have helped create a newfound upbeat mood in the chat group, in complete contrast to the gloomy, and sometimes mean posts from just days earlier, in which some protested endlessly amid the frustrations and irritations over the lockdown.

Like them, Chen and Stacey were frustrated too, initially. The Texas native, who has lived in Shanghai for the past eight years, last saw her family in 2019. She had lived in the complex for nearly four years but did not know many of her neighbors well.

"I was seriously considering returning to the United States before this," she said. "But I'm thinking of changing my mind. It's been a fantastic experience, and I'm getting to know my new neighbors. We are both full-time business entrepreneurs who are also volunteers. We now wake up for many purposes, including the desire to assist others. For the first time, perhaps, I truly feel like a member of the community here." 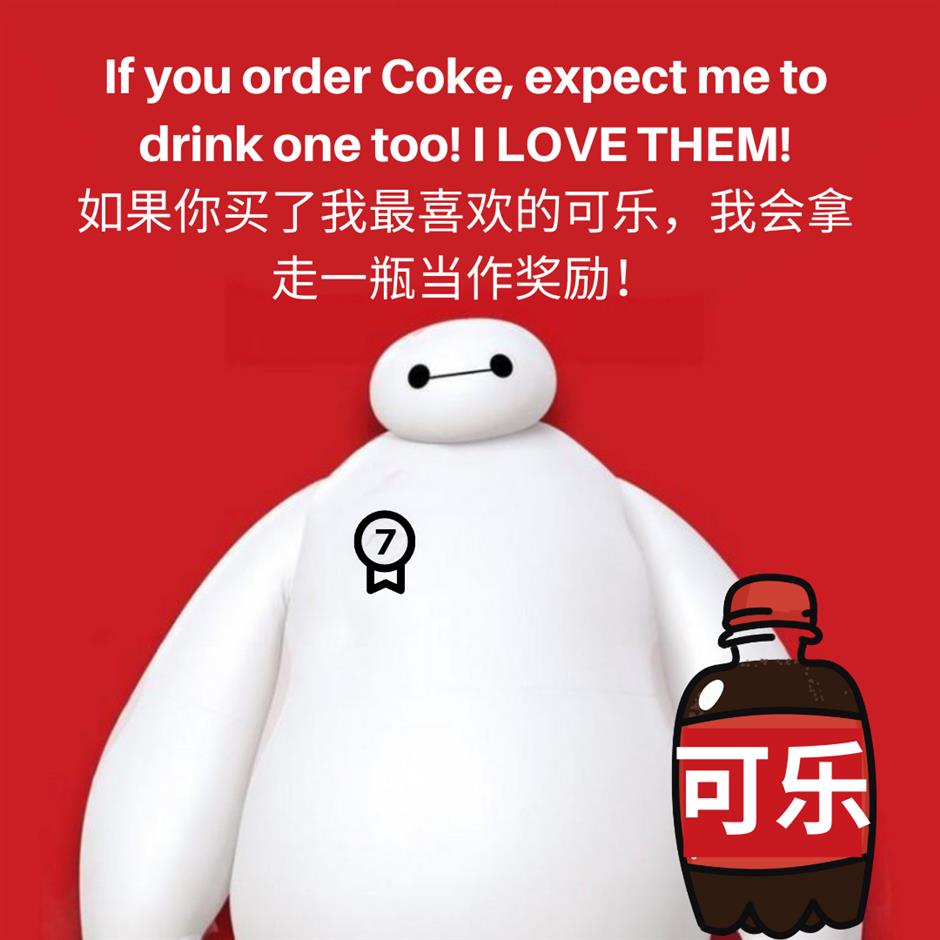 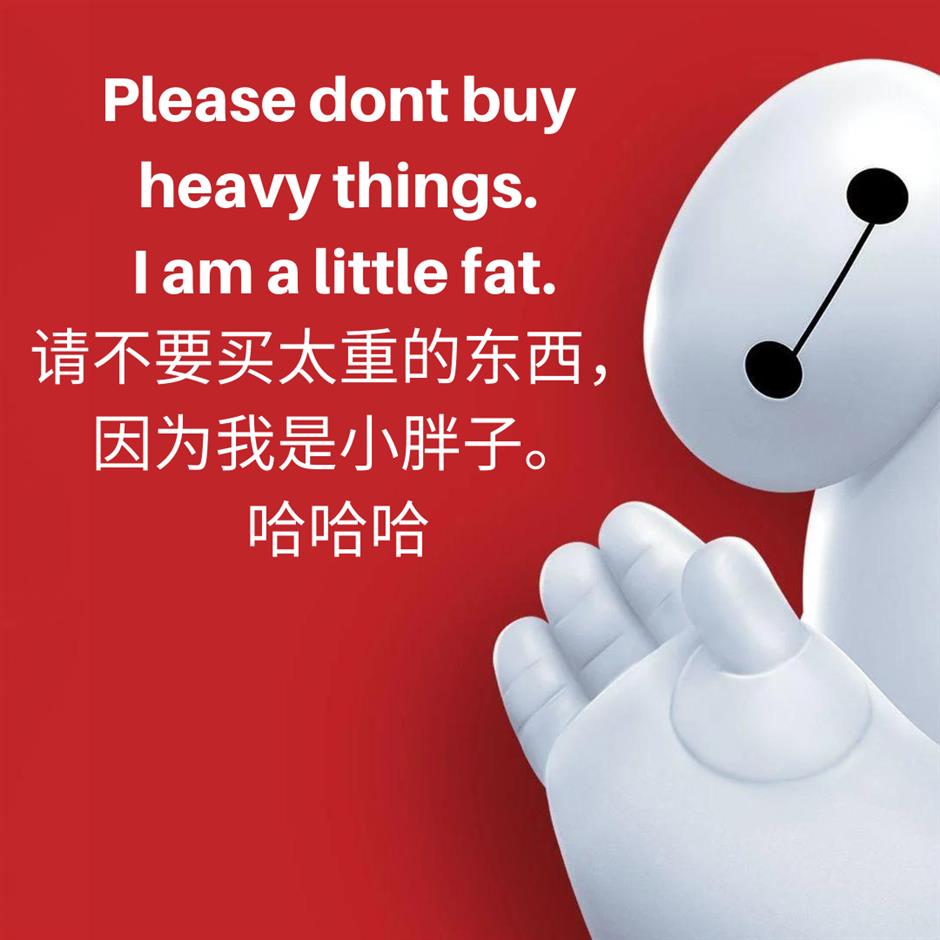 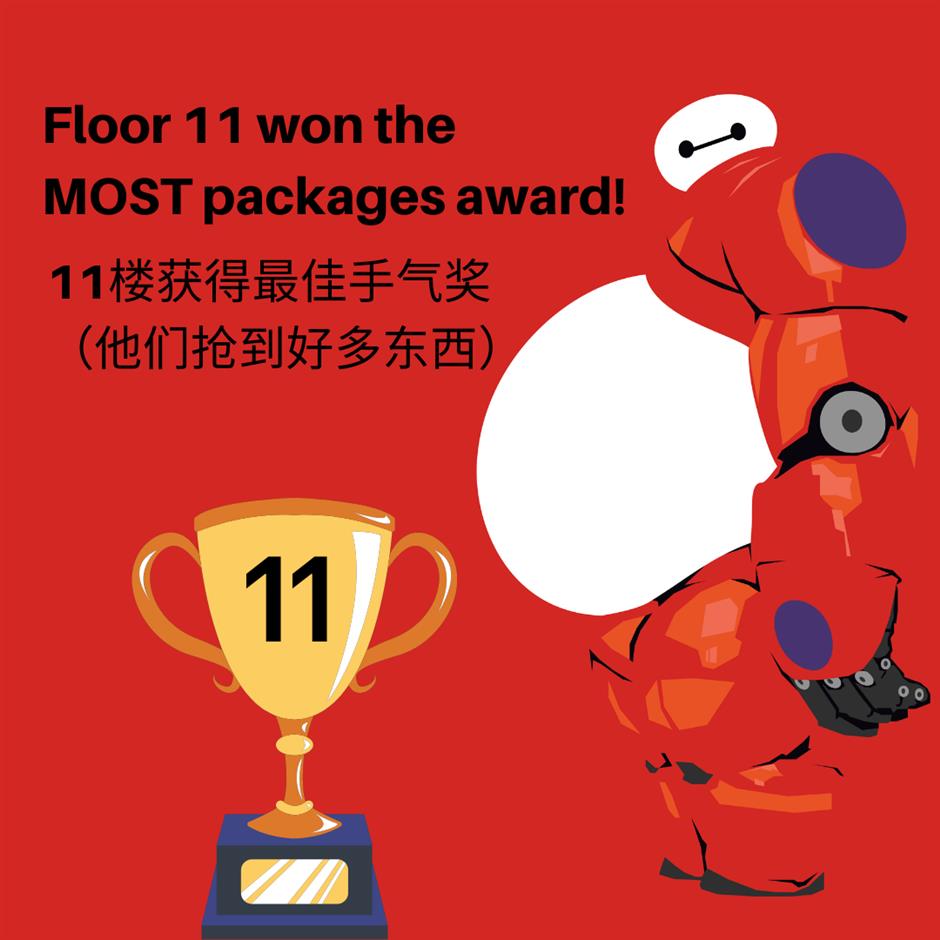