Vera Wang, 31, who owns two boutique shops in downtown Shanghai, was a bit baffled when she visited her local bank last week with 200,000 yuan (US$29,795) in cash to deposit and perused term interest rates.

It all seemed a little counter-intuitive, she said. Normally, longer-term deposits attract higher rates. Consider: If you loaned someone money, you would charge a higher rate of interest on a 10-year loan than, say, on a five-year loan.

The phenomenon might remind you of an "inversed yield curve," a term that traditionally refers to government bond yields and has historically been interpreted as a signal that "good times are here but bad times may be coming."

Banks typically borrow short and lend long. That means they "borrow" from savers at short maturities and "lend" to businesses and mortgage holders for longer terms at higher rates. The difference between rates they charge depositors and borrowers is the profit they make.

Unlike the Federal Reserve's recent aggressive hikes in its benchmark interest rate, China has sought to prop up credit demand and cushion the economic slowdown with a series of interest rate cuts. That is a short-term goal.

Against this backdrop, lenders' profits have been under pressure. 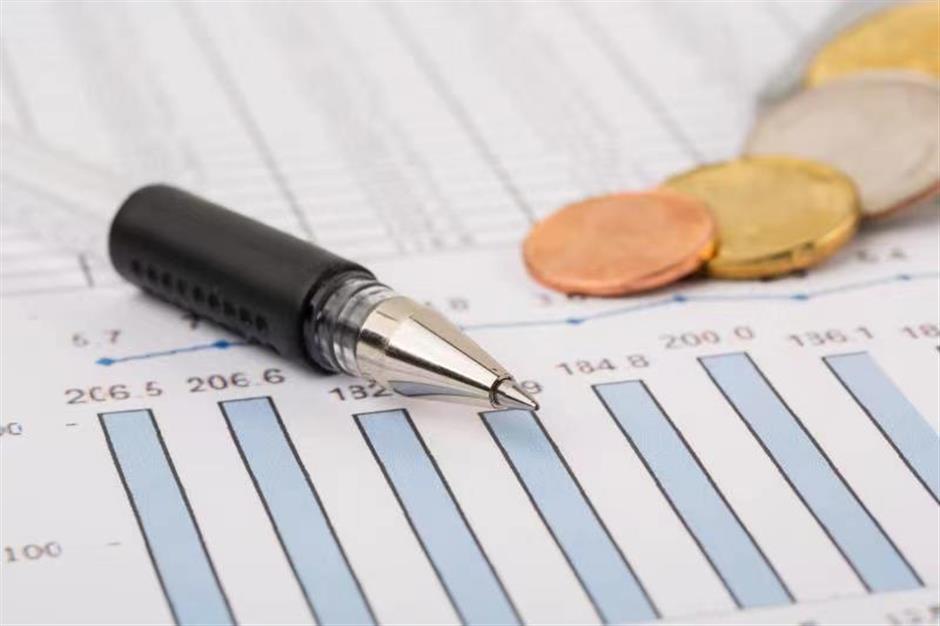 The net interest margins of Chinese commercial banks in the first quarter fell to 1.97 percent, 0.11 percentage points lower than for the whole of 2021, according to the China Banking and Insurance Regulatory Commission.

Professor Zeng Gang, director of the Shanghai Finance and Development Laboratory, said it usually "takes time" for Chinese banks to adjust their interest rates and there's no need to panic about current anomaly in rates.

"As I see it, the current anomaly in deposit rates will not persist long," the professor told Shanghai Daily in a phone interview.

At the same time, the central bank has been proceeding with a transition toward market-based pricing of rates by merging its two interest rate tracks: a market-based rate and a benchmark bank rate.

Bank deposit rates in China have for years been informally guided by benchmark rates published by the People's Bank of China, the nation's central bank.

Big national banks responded by lowering the ceiling on deposits of more than one year by about 10 basis points, while some smaller players pared the upper limit by 15 to 25 basis points.

China Construction Bank is offering 2.75 percent interest on both three- and five-year deposits. Shanghai Pudong Development Bank, a joint-stock commercial lender, is advertising 2.8 percent for both.

A city commercial bank in Hangzhou reduced its five-year time deposit interest rate from 3.25 percent to 3 percent, according to reports by Securities Daily.

"People tend to save more during times of economic downturn, shying away from riskier assets such as property, stocks and funds," said Ding Anhua, chief economist at China Merchants Bank.

Economic growth prospects are a bit ambiguous at the moment, and amid uncertainty, people tend to be conservative by locking up their money for three years rather than five, explained the economist.

"Amid intense rivalry, banks have to pay more for three-year time deposits, which have drawn much larger customer demand," Ding said.

Guo Yixin, a senior analyst at CIB Research, said in a written interview with Shanghai Daily that banks are seeking to control costs by discouraging investments in deposits of longer maturities. Banks don't want to be caught paying out large returns on longer-term deposits if economic conditions worsen and borrowing demand tapers off.

Wang's bank recommended she put her money in certificates of deposit, which have become very popular because of relatively higher returns.

A certificate of deposit is a savings account that holds a fixed amount of money for a fixed period of time, with interest rates higher than standard savings accounts.

Savers with a minimum 200,000 yuan to deposit get a rate of 3.25 percent at China Construction Bank, one of China's top four state-controlled banks.

Industrial and Commercial Bank of China, the country's largest lender, is offering the same rate on certificates of deposit, but requires a minimum 300,000-yuan investment.

The rate is 0.1 percent higher than on other term deposits with the same maturities.

A wealth manager surnamed Liu at China Construction Bank told Shanghai Daily that applicants have to wait for "a long while" before being approved for such CDs, while a bank officer at the Shanghai branch of China Zheshang Bank (CZBank) said all its three-year CDs of the recent issue have been sold out.

However, a one-year CD, paying interest of 2.1 percent at CZBank, still had a quota of 60 million yuan as of June 27, three days ahead of the end of its issue date.

"Few of our clients, however, will buy one-year certificates of deposit because they pay the same return as seven-day call deposits," a bank worker added.

Call deposit accounts allow you to deposit money, earn interest, and have instant access to your funds when you need it, unlike CDs that charge penalty fees if cashed in before their term ends.

﻿
Special Reports
﻿
Dark-sky zones: How tender is the night?
The 'flying disc' is taking off big time in Shanghai
A modern 'time machine' travels to China's ancient past
Pandemic forces changes as people's lifestyle goes digital
No artificial life support, I want to die in peace and dignity
Fitness instructor has strength to keep gym running
How will Abe's assassination influence Japan and the world?
You can never be seen wearing this clothing in public
How to keep them 'down on the farm' amid pandemic fallout
Robot vs human? Shanghai is testing throat swab robots to help with nucleic acid testing
EXPLORE SHINE