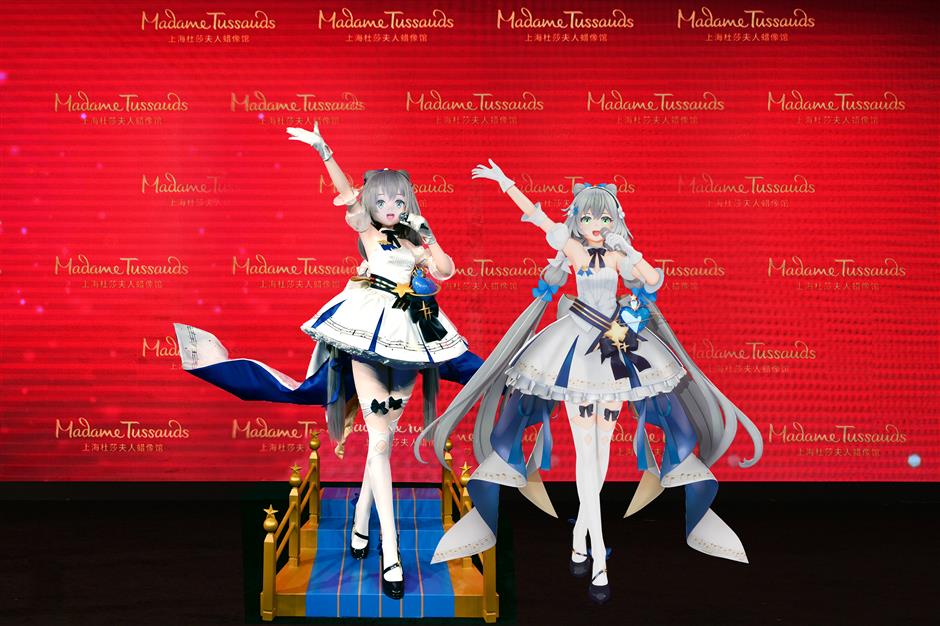 Shanghai-born Luo Tianyi, a virtual singer with millions of fans, celebrated her 10th birthday and got some unique gifts: a wax figure that recognized her celebrity identity and upgraded artificial intelligence to empower her creativity.

Hailing from the digital world, Luo has gray hair and green eyes and can sing and dance as a computer-generated and voice-synthesized pop star. She is also one of the first Chinese virtual idols, her debut in 2012 orchestrated by Shanghai-based Henian Technology.

On Luo's birthday on Tuesday, she won a wax figure of herself in Madame Tussauds Shanghai on downtown Nanjing Road, the museum that features figures of David Beckham and Nicole Kidman. Luo is the first virtual idol from Shanghai to be so celebrated in the museum.

Her considerable popularity is fixed among young people: She has 5.3 million followers on China's Twitter-like Sina Weibo, "Gold or Platinum" recorded songs on Bilibili that have been accessed more than 10 million times and tickets for her concerts sell out in minutes.

"She is the idol who grew up with me in the early years," said Daisy, who came to visit a Luo Tianyi offline exhibition held in July and August in Shanghai.

In 2022, Luo was the only virtual singer officially invited to promote the Beijing Olympic Winter Games, singing the theme song "Time to Shine."

She has also performed to the accompaniment of Chinese pianist Lang Lang and China's national television station included her in the lineup for its Spring Festival Gala alongside Andy Lau and Andrea Bocelli.

In Shanghai, she is a frequently invited guest for Bilibili's expo and concert events and the World Artificial Intelligence Conference. 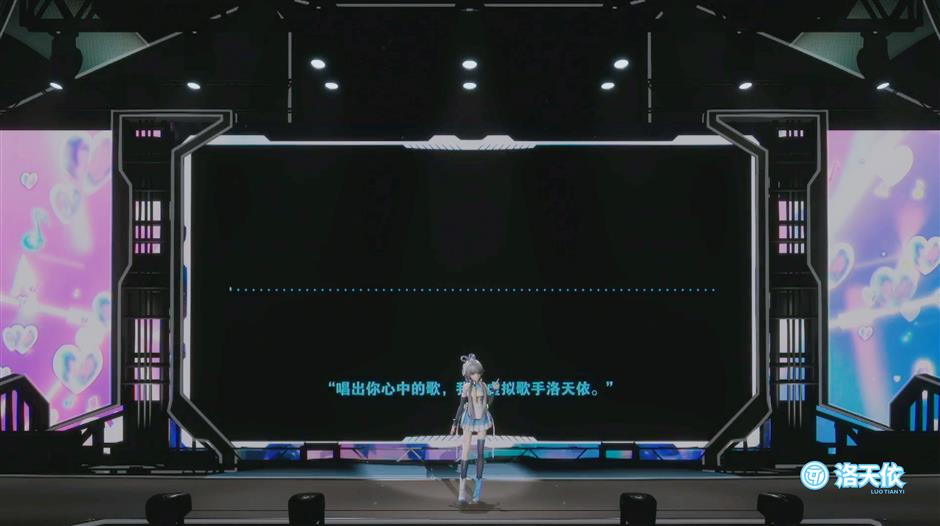 Luo Tianyi is being empowered by a new AI system.

Her growth in popularity is thanks to advanced technology development, covering motion capture, rendering and artificial intelligence.

In the future, a special Luo Tianyi AI sound library and a professional tool X Studio will be released, compatible with MacOS and Windows platforms. All art creators will be able to access the sound library to create customized songs for Luo.

"It explores and expands the upper limits and boundaries of artificial intelligence and singing, and popularizes AI sound creation with the public," said Xiaoice, an AI firm spun off Microsoft.

The AI-powered Luo fits nicely with the digitalization blueprint of Shanghai's 14th Five-Year Plan (2021-2025). The city encourages developments on virtual reality, virtual idols and the metaverse, according to the plan released this week.

The world of virtual idols is big business, with more and new business models.

According to Bilibili, more than 324,000 virtual idols opened accounts on the site in June 2020, a 40 percent increase year on year. The streaming website boasts that it livestreams the most Chinese virtual idols.

Among all income, including online concert tickets and franchised products, the biggest with rapidly growing opportunities is the endorsement business, involving clients in many industries like banks and sports brands, said Luo's developer Henian.

Compared with stars in the real world, virtual idols don't bring scandals and other uncertain risks. They can appear everywhere at the same time and they become more real and interactive with AI and computing tech development, industry insiders told Shanghai Daily.

And while their trips and schedules can't be affected by pandemic limitations, their "immunity" can sometimes boost their popularity.

A four-hour livestream of Luo's birthday attracted over 10 million views online. In the offline exhibition site, a holographic display of Luo talked and said hello to every visitor. She appeared alongside a pop-up image of the Bank of Communications.