Enduring friends: the 'saint of modern China' and a Japanese bibliophile

Zhou Lingfei sits in a chair in the newly reopened Uchiyama Bookstore, transported back to the 1920s and 30s when his grandfather, the celebrated writer Lu Xun (1881-1936), often came there to visit Kanzo Uchiyama (1885–1959), the Japanese owner and close friend.

Some artifacts displayed in the Hongkou District shop are familiar to Zhou. There is a wooden ladder that was a childhood toy of his father Zhou Haiying, Lu's only son, and a Japanese doll of the legendary folk hero Kintaro given to Haiying by Uchiyama.

"The decades-old dream of my family has finally come true," said Zhou, 69, chairman of the Lu Xun Cultural Foundation. "This is a fitting way to commemorate the friendship between Lu Xun and Uchiyama."

Lu Xun (left) and Kanzo Uchiyama in Shanghai in 1933

Lu Xun, born Zhou Shuren in 1881, was a left-wing novelist, essayist, poet and literary critic. His short story "Diary of a Madman," published in 1918, was the first work written in vernacular Chinese and became a cornerstone of the New Culture Movement.

"The True Story of Ah Q," a serial novella published in 1921 and 1922, is considered a masterpiece of Chinese literature. Chairman Mao Zedong called Lu the "the saint of modern China." 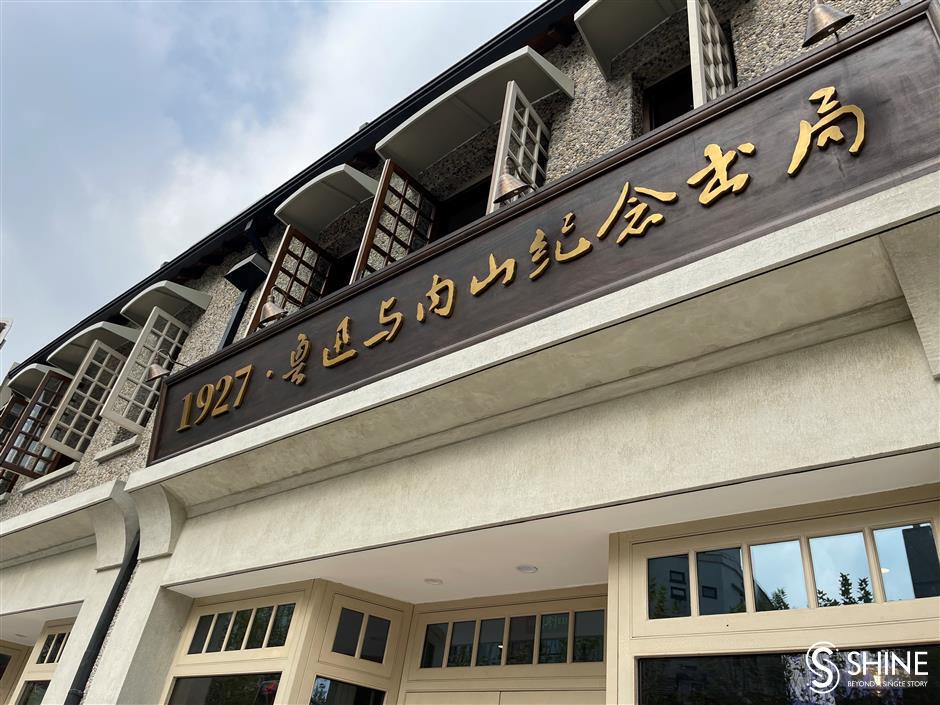 The historic bookshop has reopened under the new name "1927 Lu Xun and Uchiyama Memorial Bookstore."

Three days after moving to Shanghai in 1927, Lu, who studied medicine in Japan in 1902, visited the Uchiyama Bookstore near his home in Hongkou. The shop specialized in Japanese and left-wing books and hosted regular get-togethers related to literature and art.

The shop became a favorite hangout for Lu and other left-wing intellectuals, and in time became a symbol of Sino-Japanese friendship.

By 1932, Uchiyama had become the sole seller of Lu's works. In the last decade of his life, Lu bought more than 1,000 books there, and the two men remained close friends until Lu's death from tuberculosis in 1936.

Uchiyama closed his bookstore and returned to Japan in 1945 after the death of his wife. After the war, he was the first head of the Japan-China Friendship Association.

The three-story renovated bookshop, renamed the "1927 Lu Xun and Uchiyama Memorial Bookstore," opened on November 26 on Shanyin Road. The event also marks the 50th anniversary of the normalization of diplomatic relations between Japan and China. 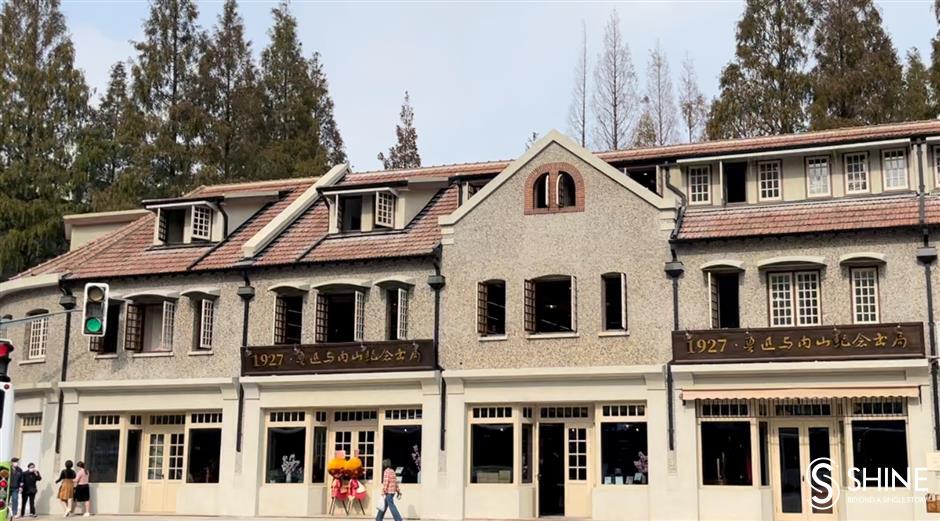 The bookshop at the heart of the Lu Xun-Uchiyama friendship is in Hongkou District.

"My grandmother often told me stories about the bookstore and the profound friendship between Lu and Uchiyama," Zhou said.

In 1959, Uchiyama died during a visit to Beijing. He is buried in Shanghai's Wanguo Cemetery, where Lu was initially buried. Lu's tomb, however, was later relocated to Luxun Park near his former residence.

"We pay tribute to their close relationship that endured despite the war between the two countries," Zhou said. "Close ties between our two families have never ended."

Lu's wife Xu Guangping donated part of the royalties from Lu's books to Uchiyama when she heard he was in financial difficulties.

Zhou and a nephew of Uchiyama visited the former site of the bookstore, then a bank, in 2017. They were photographed shaking hands in front of the shop.

"My father often thought about the possibility of restoring the bookstore," Zhou said. "Now his wish has been realized."

The restored table and cane chairs where Lu Xun used to sit in the bookstore.

He added, "I hope this bookstore will become a new bridge of communication between the people of our two countries. Lu in one of his books wrote that 'humans should not isolate themselves, but rather should take better care of one another.' The best way to communicate is through culture and art."

The old bookshop is a heritage-protected building. In more recent years, it served as branches for the People's Bank of China and the Industrial and Commercial Bank of China.

The renovation combines the bank site and the nearby Xinhua Bookstore into a memorial and bookshop.

"We used historical photos to restore the original look of the bookstore," said Shen Xiaoming, chief designer of renovation project.

Mementos of the bookshop's history and era were collected from Lu's family and nearby residents, including the ladder, doll and a bicycle once ridden by Lu, Shen said.

Invoices listing the books that Lu bought in the shop are displayed alongside an antique clock and cash register. A wooden table and cane chairs used by Lu and friends – who included writers Xiao Hong (1922-42) and Yu Dafu (1896-1945), and Tian Han (1898-1968), lyricist of China's national anthem – were replicated according to old photos. 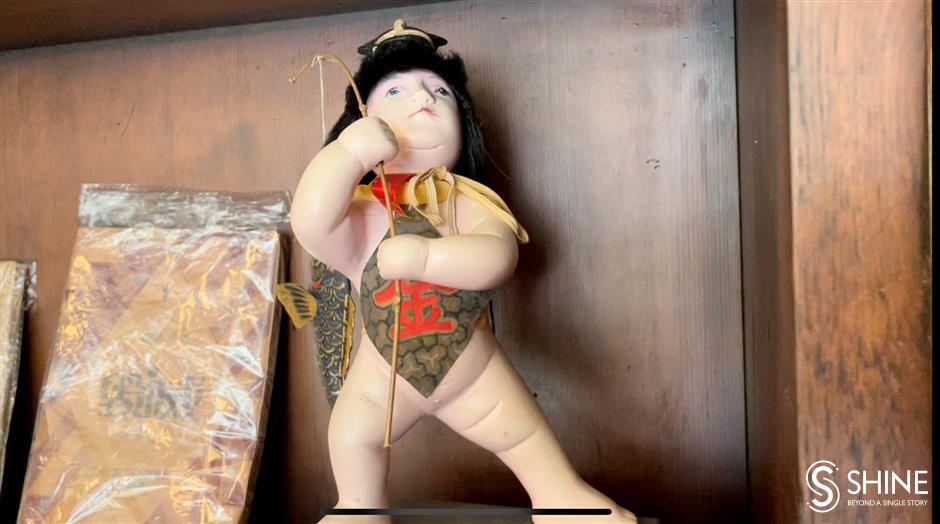 A Japanese doll given to Lu Xun's son by Uchiyama is among the memorabilia on display.

Other parts of the bookstore are divided into subject areas such as social sciences, philosophy, fine arts, literature and films. Each section has a special name from Lu's works.

Some woodcut tools and paintings that Lu promoted to inspire the Chinese public are on display, along with vinyl records and classic movie posters – both hobbies of the great man of letters.

The original wooden beams of the bookshop have been preserved on the top floor, which has been turned into a reading room.

The newly unveiled bookshop is part of the one-kilometer-long Lu Xun Trail, a walking tour initiated by the Hongkou government in 2019. It takes in the sites of Lu's life and works.

The tour passes a typical shikumen (stone-gate house) on Hengbang Road where Lu lived with his wife Xu in 1927. Their son Zhou Haiying was born there in 1929. 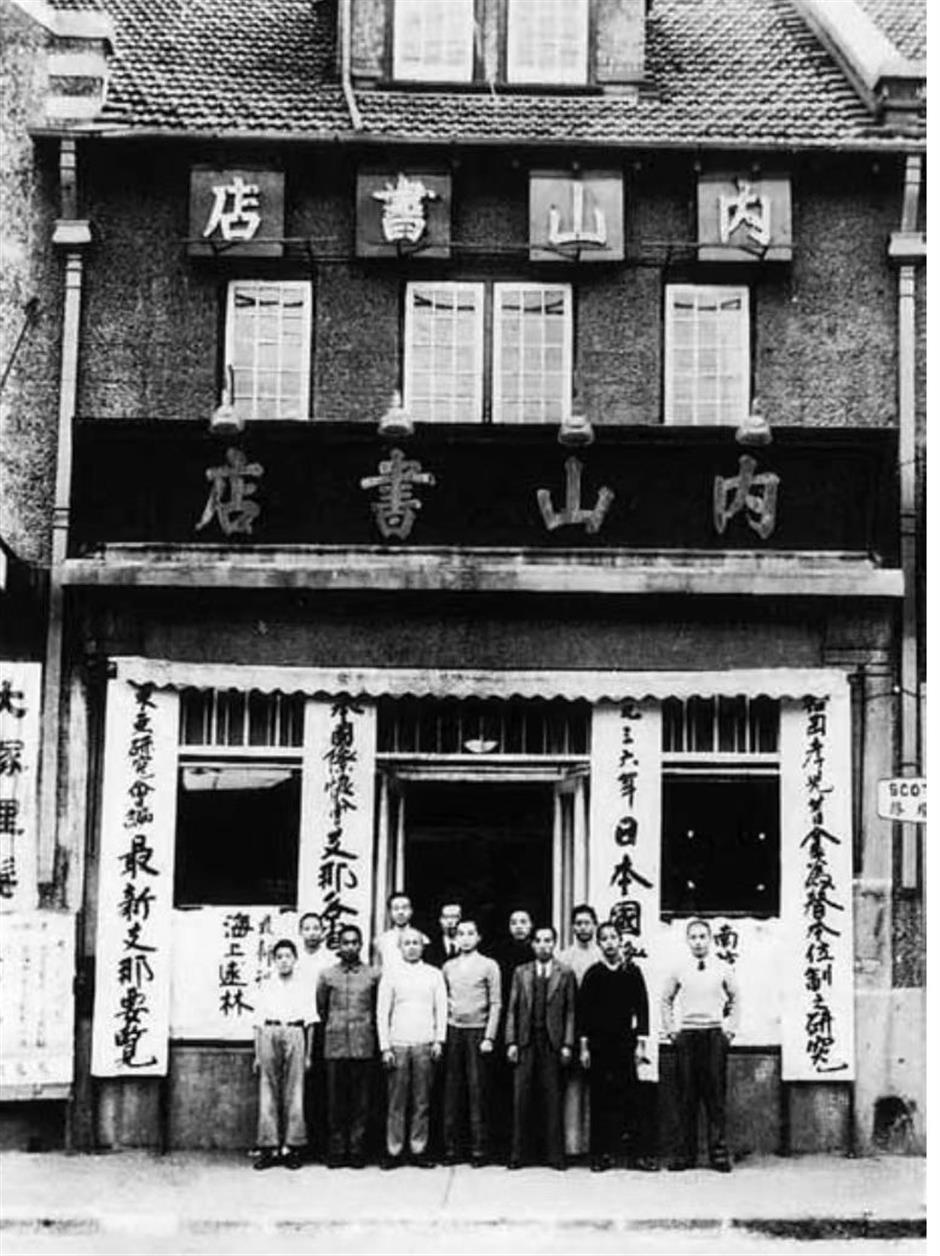 Lu Xun and left-wing literati used to meet at the bookshop, pictured in this historical photo.