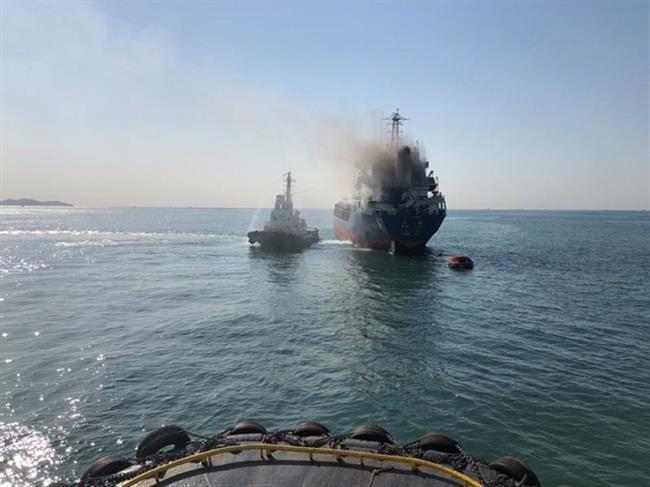 Two ship crew members are dead after a fire erupted aboard a freighter in Zhejiang Province on Monday morning, according to Shanghai Maritime Rescue Center.

The freighter Shengtai was berthed at a basin in Zhejiang’s Shengsi County, not far from the Yangtze River estuary.

Shanghai Maritime Rescue Center received a report at 6:52am on Monday that a fire had started in the crew's living quarters.

The center coordinated with East China Sea Rescue Bureau and dispatched four rescue boats, including a towboat, to the area.

According to the center, the ship had 17 crew members on board. During the incident, two of them lost consciousness while the rest were evacuated to the main deck. In the engine room anti-fire measures were initiated, including releasing carbon dioxide.

The firefighting was still ongoing by the afternoon. The two crew members who lost consciousness were confirmed dead, while the rest were moved onto a rescue ship.

The cause of the accident is under investigation.