Baoshan District in Shanghai’s north has seen remarkable development since the founding of the People’s Republic of China seven decades ago.

The former Baoshan County near the mouth of the Yangtze River is the centerpiece in the city government’s master plan to become a “modern socialist metropolis with global influence.”

The former iron-steel industrial base is now home to the world’s fourth-largest cruise terminal and Asia’s biggest park. The annual cherry blossom festival attracts record number of visitors from both home and abroad.

Many of the early industrial buildings have been converted into innovative and popular museums. Outdated industrial zones are now innovation parks focused on emerging industries such as artificial intelligence and robotics.

According to the district government, Baoshan is always striving to realize high-quality development in the new era while improving the living conditions of its residents.

To showcase the social, economic and ecological achievements of Baoshan, the district has launched an exhibition themed on the liberation of Shanghai and founding of the nation in 1949.

It has four sections: the first battle for the city’s liberation in 1949, the construction of new Baoshan, the reform and opening-up, as well as striving in the new era.

The exhibition has a special section named “Shining Names” featuring 70 people. They include soldiers who lost their lives during the city’s liberation along with those who gained national awards from all walks of life in Baoshan.

More than 100 photos, documents and artifacts are displayed. They were collected from companies, industries and other fields in Baoshan. Some are being shown for the first time.

A highlight is a series of photos showing the development of the Wusongkou International Cruise Terminal at the mouth of the Yangtze River.

Since the Wusongkou terminal opened in October 2011, it has become the biggest port for cruise liners in Asia, and overtook Barcelona as the world’s fourth-largest port in 2016.

One of the photos shows three of the world’s newest luxury cruise liners — the Majestic Princess, the Norwegian Joy and MSC Splendida — berthed at the terminal simultaneously in January, marking the first time the Wusongkou terminal received three large cruise ships at the same time.

The terminal received some 26,000 inbound and outbound passengers that day, a record of daily passenger numbers among all cruise liner ports in Asia. 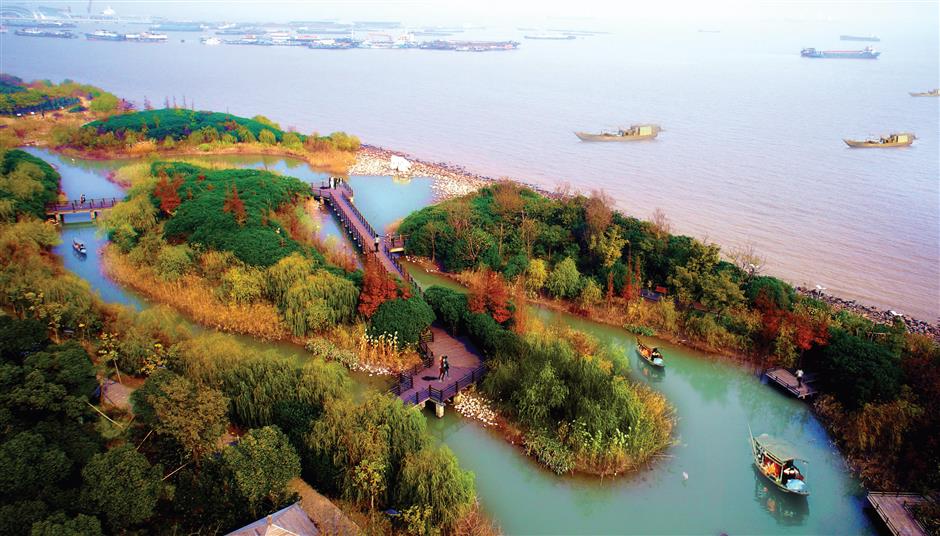 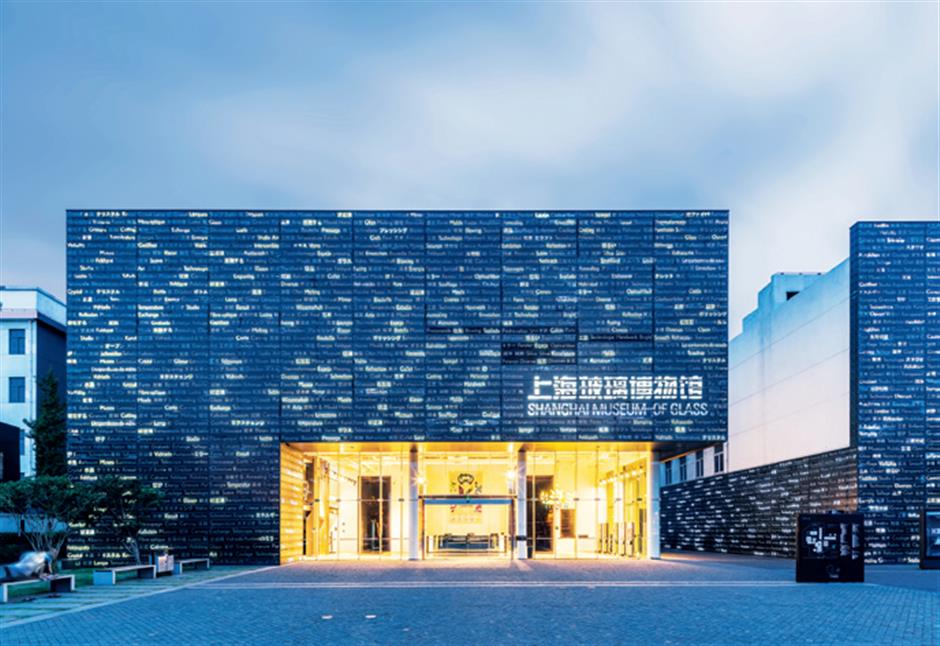 With a total investment of 76 billion yuan (US$11.3 billion), the 66 projects are being developed on former container yards, steel factories and old industrial parks, mostly with pollution problems.

The future projects include advanced manufacturing sites for industrial robotics, graphene (the lightest, thinnest and strongest known material) and a traffic information center.

The Wusong area in Baoshan, known as the cradle of China’s modern industry, was home to the renowned Baosteel Group and more than 300 other metal refinery and chemical engineering plants dating back to the 1930s.

Among the major projects, development also started on the Nanda area, which was once the city’s most heavily polluted industrial site with more than 3,000 low-end factories.

Other photos and documents show the rich cultural life of residents in Baoshan. They include many popular museums renovated from the former factory houses of the city’s earliest glassware plant, a motorcycle factory, an iron alloy plant, gas plant as well as a warehouse for China’s early exports.

The Shanghai Museum of Glass, renovated from the former No. 1 Plant of the Shanghai Glassware Company, has been listed as one of the top three recommended museums in China by a website owned by CNN. The Wisdom Bay Innovative Park, located at 6 Wenchuan Road along the Wenzaobang River, was opened in 2015. The site was formerly a container yard, and many old containers have been converted into offices and workshops. The park hosts a number of high-tech companies focused on 3D printing, intelligent manufacturing, virtual reality and artificial intelligence.

The world’s largest 3D printed bridge, a 26.3-meter bridge across a canal in the innovation park on the Wenzaobang River was completed in January. It resembles the Zhaozhou Bridge, built in north China’s Hebei Province during the Sui Dynasty (AD 581-618) still used by pedestrians today.

Baoshan’s ecological development has also been highlighted at the exhibition. Photos show the natural forests, wetlands, isles and wild birds at the Paotaiwan Wetland Forest Park.

At the meeting point of the Yangtze and Huangpu rivers with almost 2,000 meters of coastline, Paotaiwan was once a vital military fortress, functioning as a gun battery base during the Qing Dynasty (1644-1911).

With the lush green Paotai Hill as the backdrop, the park is an ideal place for people to fly kites, have a picnic, walk dogs, jog or just take in some fresh air and enjoy moments of peace.

Children can learn the history of the Chinese military as well as the Yangtze River formation in the Paotaiwan Museum. 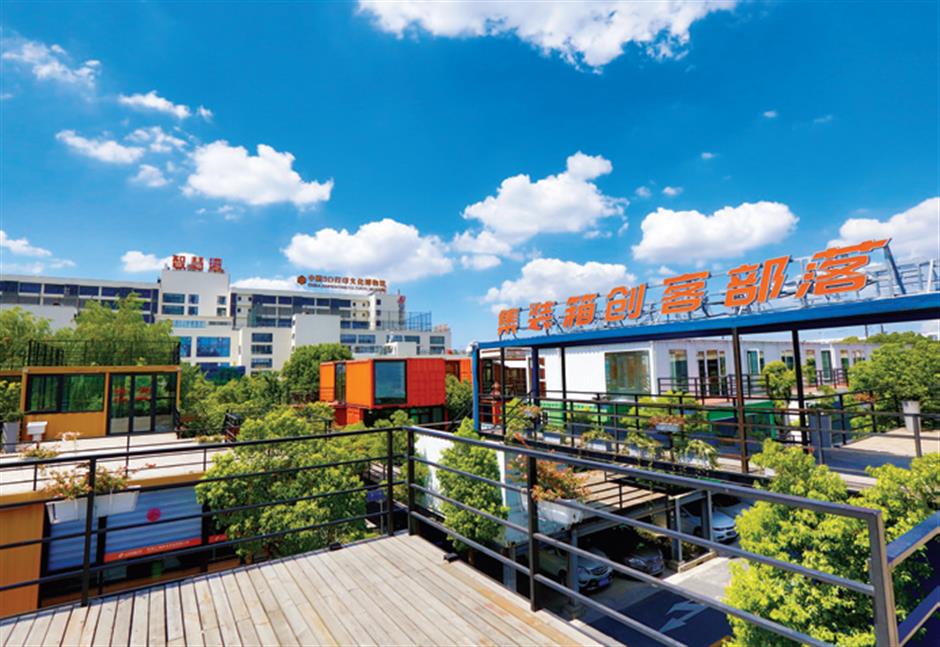