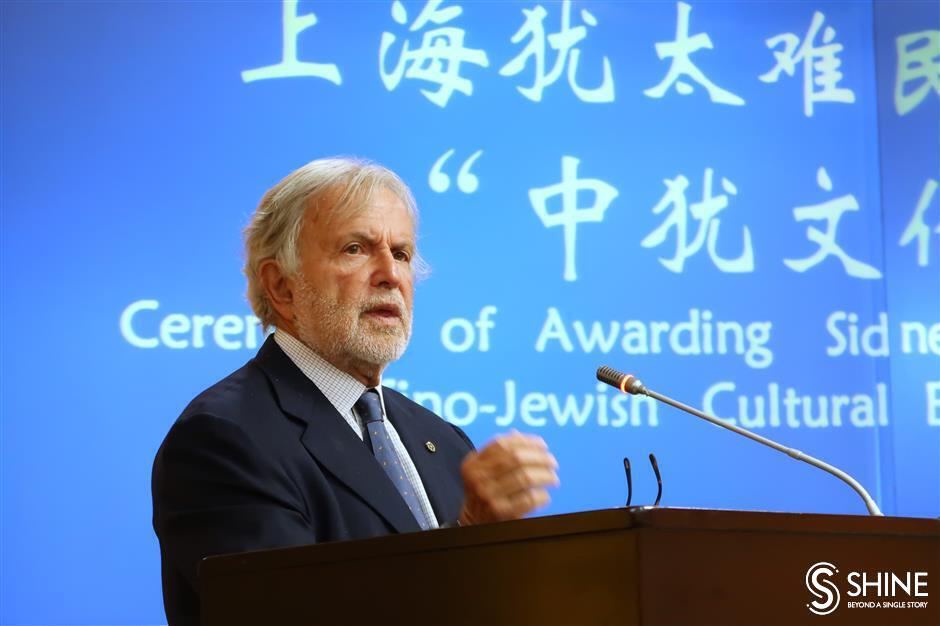 Sid Ganis, former president of the Academy of Motion Picture Arts and Sciences, releases his new movie about the history of Jewish people taking refuge in Shanghai during the World War II.

A longer version of “A Children’s Song,” an English and Chinese-language short featuring Jewish refugees in Shanghai, is to be filmed in Chedun Town’s Shanghai Film Park this year. Its producer Sid Ganis, former president of the Academy of Motion Picture Arts and Sciences, visited Songjiang with a production team on November 18.

The feature film, an adaption based on a historical event, will be co-produced by Ganis and his wife Nancy Hult Ganis, and made by film companies including The H Collective and Out of The Blue.

The story tells how nearly 23,000 Jewish refugees who fled Nazi-occupied Europe found shelter in Shanghai, a city whose local residents were then suffering at the hands of foreign invaders.

“We are now making a story to be interesting and entertaining not only for China, but to the rest of the world as well, through the international language of music,” said Ganis.