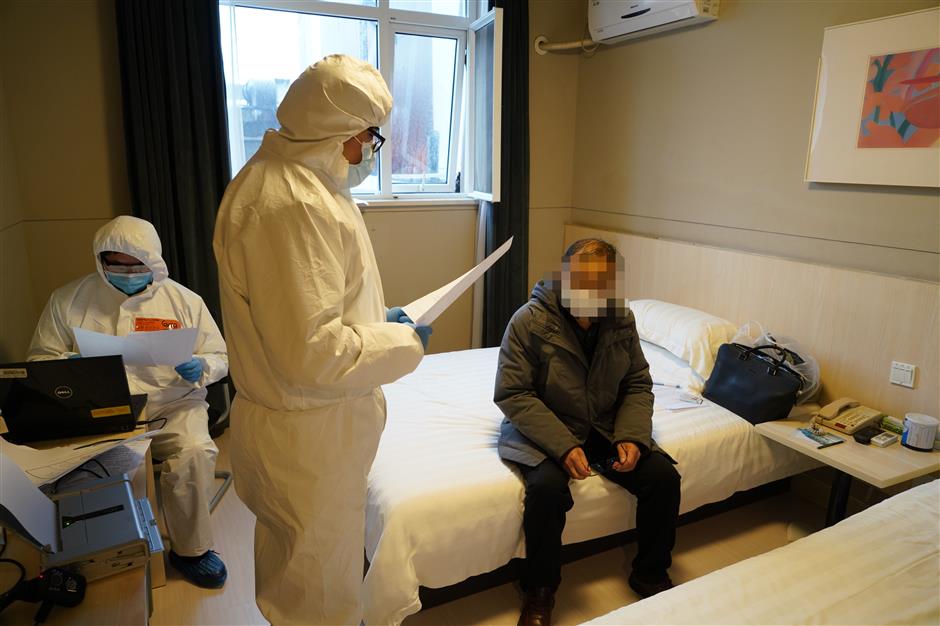 Police officers conduct an interview with the former patient who could be facing a criminal charge in relation to the coronavirus epidemic. 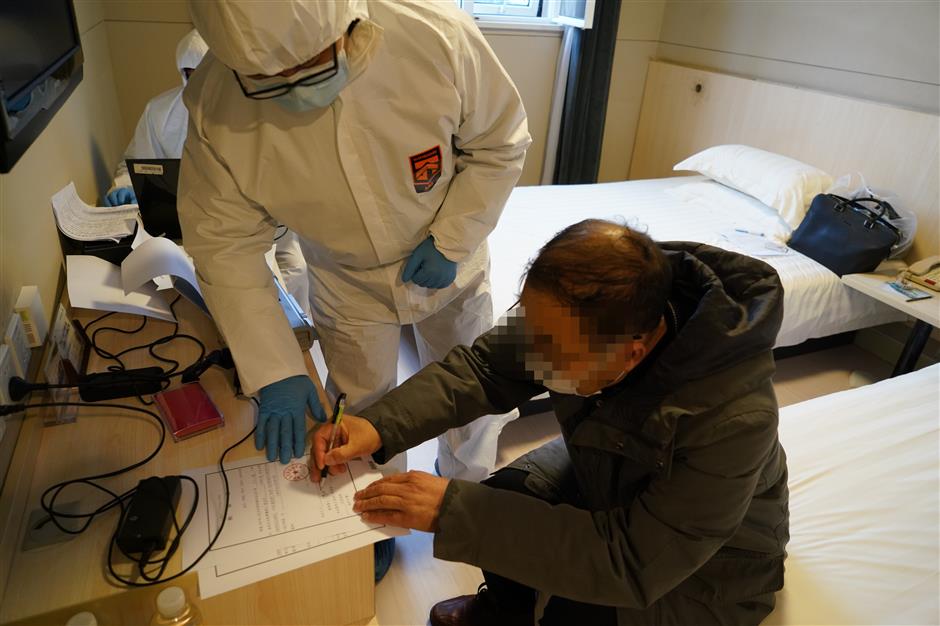 Police said the patient had concealed his travel history though he visited hospital several times since his return to Shanghai from Hubei Province.

A patient who has recovered from novel coronavirus pneumonia could face a criminal charge of impeding prevention of infectious diseases, Shanghai police said on Friday.

The 60-year-old man surnamed Li, a resident of Zhujing Town in Jinshan District, is alleged to have concealed his travel history and caused 55 people he had been in close contact with to be quarantined for observation.

Li returned to his home from Hubei Province on January 25 and visited the Jinshan branch of Shanghai No. 6 People’s Hospital between January 26 and 31 because of a cough and other symptoms, without revealing his travel history.

He was diagnosed with the pneumonia on February 4 and released from hospital on Thursday.