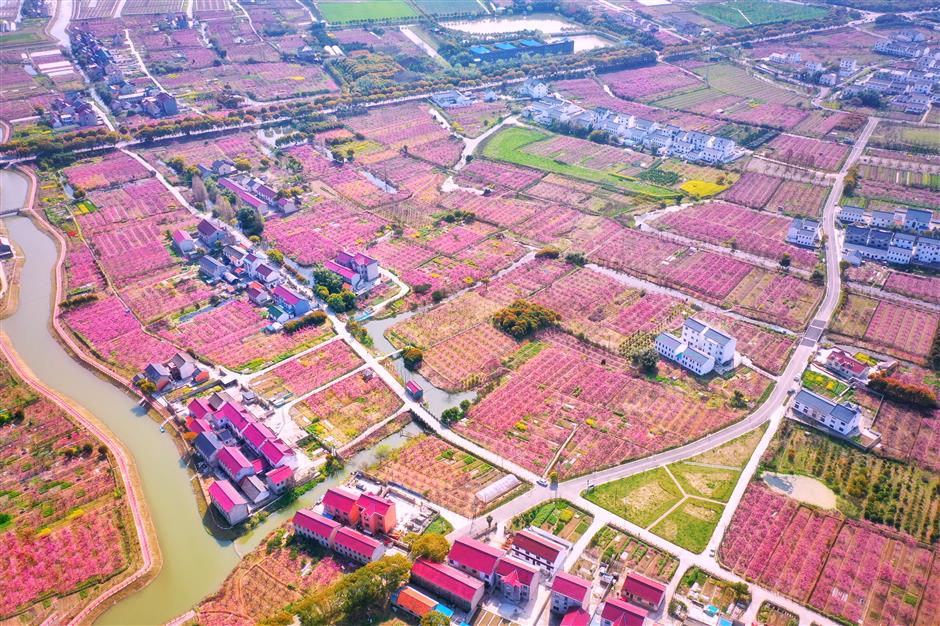 A bird's eye view of Wufang Village in Fengxian District.

A Qing Dynasty village on the city's southern outskirts has become a model project for China's "rural revitalization" initiative to make farmers rich and the countryside prosperous again.

Wufang Village in Fengxian District's Qingcun Town dates back around 300 years. Its old houses have been restored, waterways dredged and the environment improved to restore its rural ambiance.

The villagers have been encouraged to rent their houses to the government, with the buildings converted into homestay projects and offices for start-ups. The township government has relocated the villagers to newly built modern residential neighborhoods.

The villagers can receive money from the lease of their houses, share in the tourism project, and get jobs guiding tourists, said Qin Ying, Party secretary of the village.

"The main purpose of the rural revitalization is to increase the earnings and improve living standards of farmers," Qin said.

Some abandoned artifacts such as milestones and plows have been collected to decorate houses that have become homestays or small eateries. The former ponds used to raise fish and crabs have been made into one which is used by tourists for fishing contests. A century-old residential house is now a tiny museum which showcases the history of the village.

As of May 2020, 55 companies have registered in Wufang, mainly in energy technology, intelligent transport, health and medicine, agricultural tourism and vocational education.

A house owner can receive about 50,000 yuan (US$7,170) per year if the property they own is renovated into company headquarters or minsu (Chinese-style B&Bs), compared with only 20,000 yuan per year in normal rent. 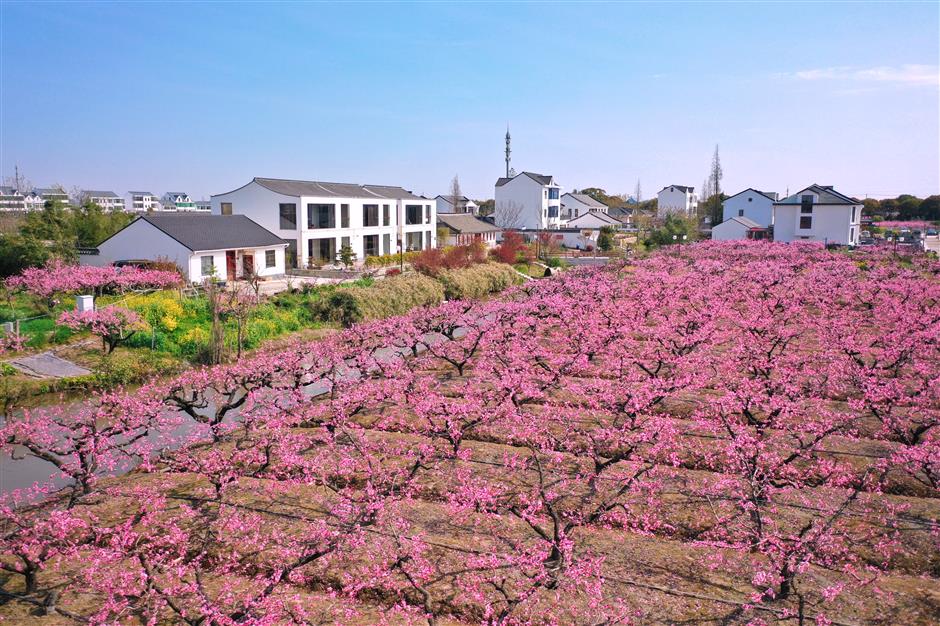 The peach orchard in bloom at Wufang Village.

Fei Liping, a businessman in the village, rented his old family house to the village government and receives an annual lease of about 60,000 yuan.

"My mother used to sweat day and night on the farmland, and the produce largely depends on the weather," Fei said. "She can enjoy a comfortable life in a modern neighborhood now."

He established a property management company to take charge of the cleaning and maintenance of the rented houses. He has hired over 20 villagers to work as cleaners or security guards.

"I prefer to work and contribute to my hometown," he said. "It is a source of pride for me to witness the village becoming a popular travel destination nowadays."

President Xi Jinping initiated the "rural revitalization" strategy in October 2017 with the chief goal to modernize agriculture and rural areas.

The village was initially developed under the order of Emperor Daoguang to reward a local Wu family for their filial piety. A stone gateway was once erected at the entrance to remind people to show respect when entering the village.

However, the village was later affected by pollution. The once-fertile farmland grew barren, while many houses became vacant after the younger generation moved downtown to work.

Fengxian launched the facelift campaign in September 2018. The village houses and roads were renovated and the original elements, such as their tiles and white walls, have been preserved. The once-murky creeks have been dredged and purified to restore the historical ambiance of a typical water village of Jiangnan, or regions south of the Yangtze River. 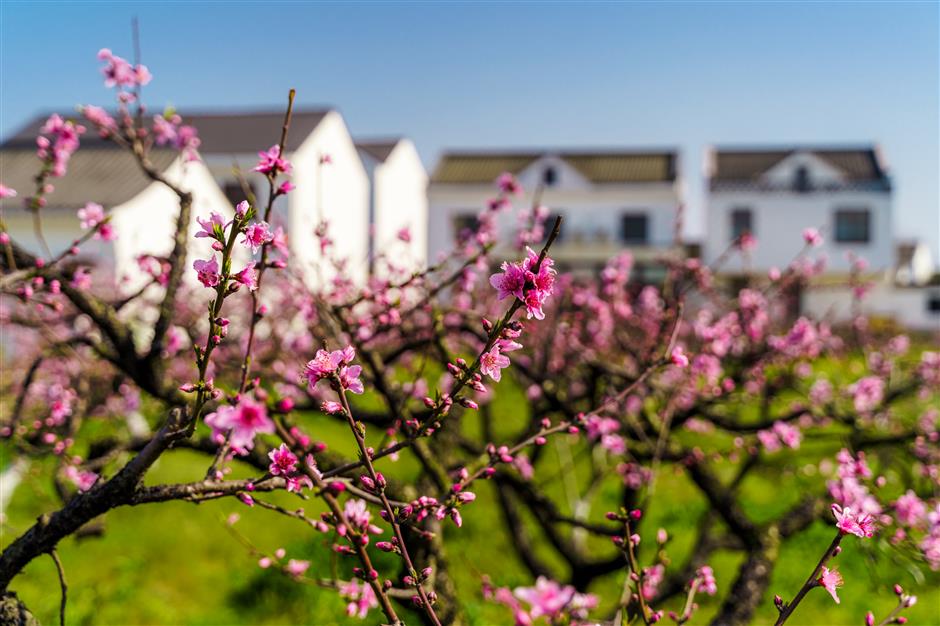 Wufang Village has been revamped to restore the original countryside ambiance.

The first phase of the project which has already opened to tourists covers 240,000 square meters. Under the protective planning of the China Academy of Art and the Shanghai Academy of Fine Arts, the farm and garden complex features cafes, restaurants, art studios, exhibition halls and fishing ponds.

The companies and business operators in the complex are encouraged to hire the property owners to work for them. About a third of the taxes the companies pay will be given to the villages to improve infrastructure and the environment.

With the help of the national initiative, Fengxian aims to further increase the average income of its residents by at least 10 percent by the end of 2020. Over 50 model “beautiful villages” will be developed by then, according to the district government.

Bigger and sweeter yellow peaches are expected in future, the Fengxian government said, along with a rise in the number of visitors.

The brand "Wufang Peach" has been developed to create peach related products such as canned peaches, soda water, beer, snacks and even facial masks.