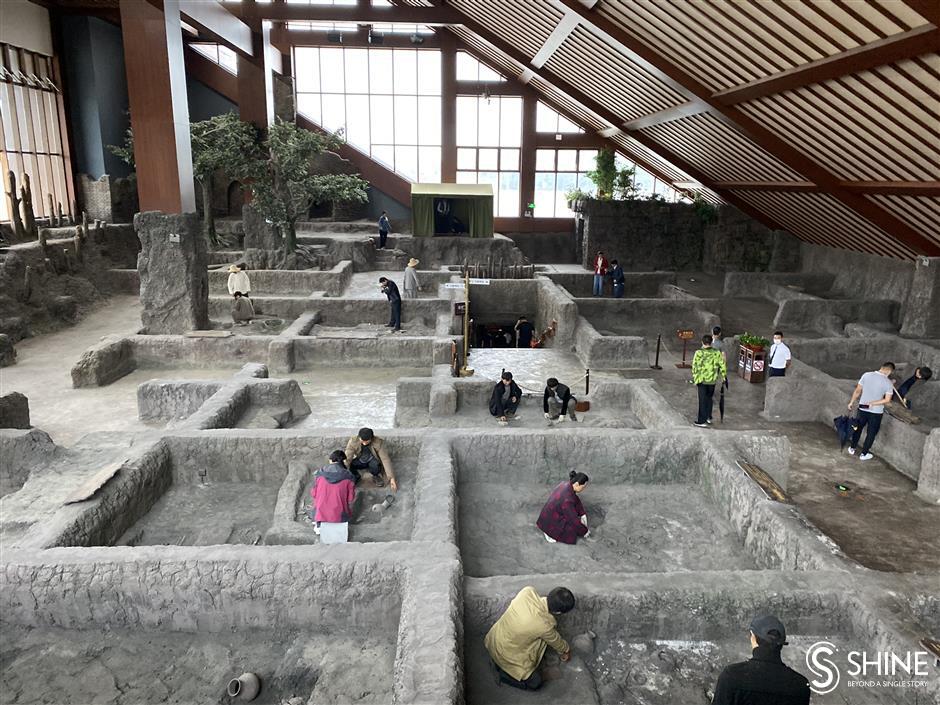 The Guangfulin Cultural Relics Park will open its Guangfulin Archeological Site Exhibition Hall to the public later this month. 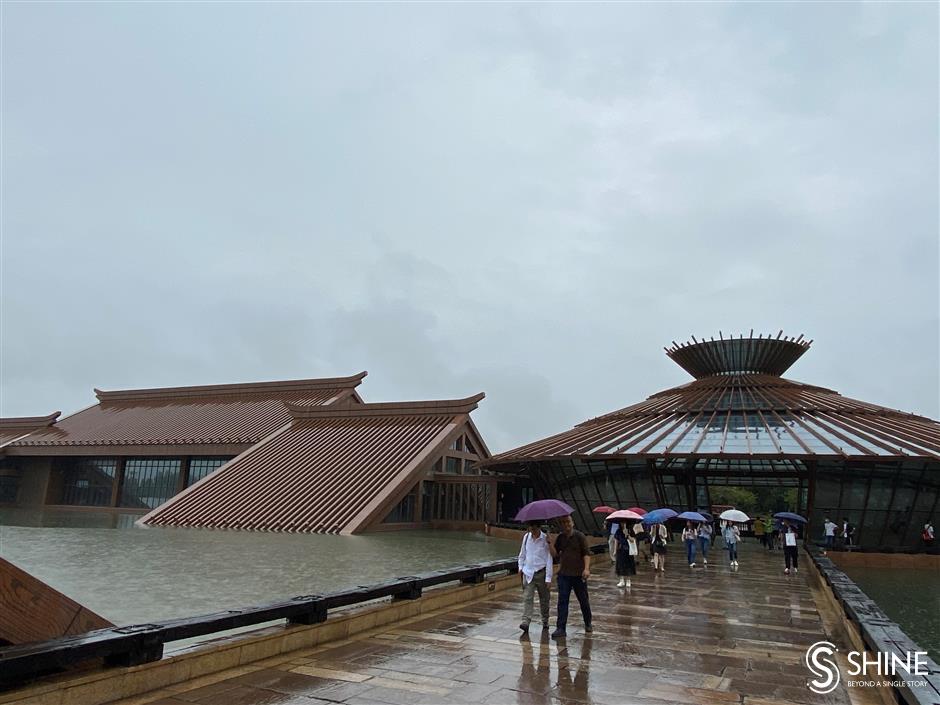 Songjiang District is building a world-class advanced manufacturing industry cluster and a cultural and eco-friendly green district with its hi-tech enterprises doubling within three years and 31 cultural projects on the agenda, the district government announced on Tuesday.

The district has accelerated construction of its Shanghai Hi-Tech Films and Televisions City and has introduced 707 film and television companies so far this year, 146 percent more than in the same period last year, officials told told a press conference.

The district has gathered more than 7,000 companies in the industry, accounting for a third of the nation's total.

Songjiang authorities announced a raft of upgraded preferential policies covering subsidies and rewards to fuel development of its film and TV industry in July.

Construction of the second phase of the Shanghai Film Park and Haopu Film Base have begun.

The district's import and export volume reached 189.8 billion yuan (US$27.9 billion) between January and August, officials said, rising 7.9 percent from the same period last year, and the number of its hi-tech enterprises doubled within the latest three years, with more than 1,400 new this year.

The AI center will have eight computing centers, each with nearly 100,000 GPU capacity, according to Zhao.

A three-year plan featuring 31 culture-related projects has been implemented in the district, the press conference was told.

Among them, the Guangfulin Archeological Site Exhibition Hall will open to the public in late September and the construction on 17 cultural venues such as the Guangfulin cultural exhibition hall have been completed.

The Guangfulin hall, covering 7,788 square meters, is inside Guangfulin Cultural Relics Park. The complex is in the shape of three ancient pottery jars, with its design drawing inspiration from jars unearthed during Guangfulin’s archeological excavation.

The Guangfulin site is where Shanghai's earliest-known residents lived some 4,000 years ago.

The district is also developing a number of new tourist attractions and projects.

A 40,000-square-meter culture and innovation park on Songjin Highway which hosts former factories and barns built between the 1950s and 1990s have been given a new lease of life after being turned into a beer museum and art galleries.

"New venues blending barn culture will be created in the park, making it a new cultural and tourism landmark in Songjiang," said Jin Dongyun, director of the district’s culture and tourism administration.

Its annual average concentration of PM2.5 was 38 micrograms per cubic meters last year, down 24 percent from 2016.

There were 296 days with excellent or fine air quality last year in the district and its forest coverage was 16.4 percent by the end of 2019.