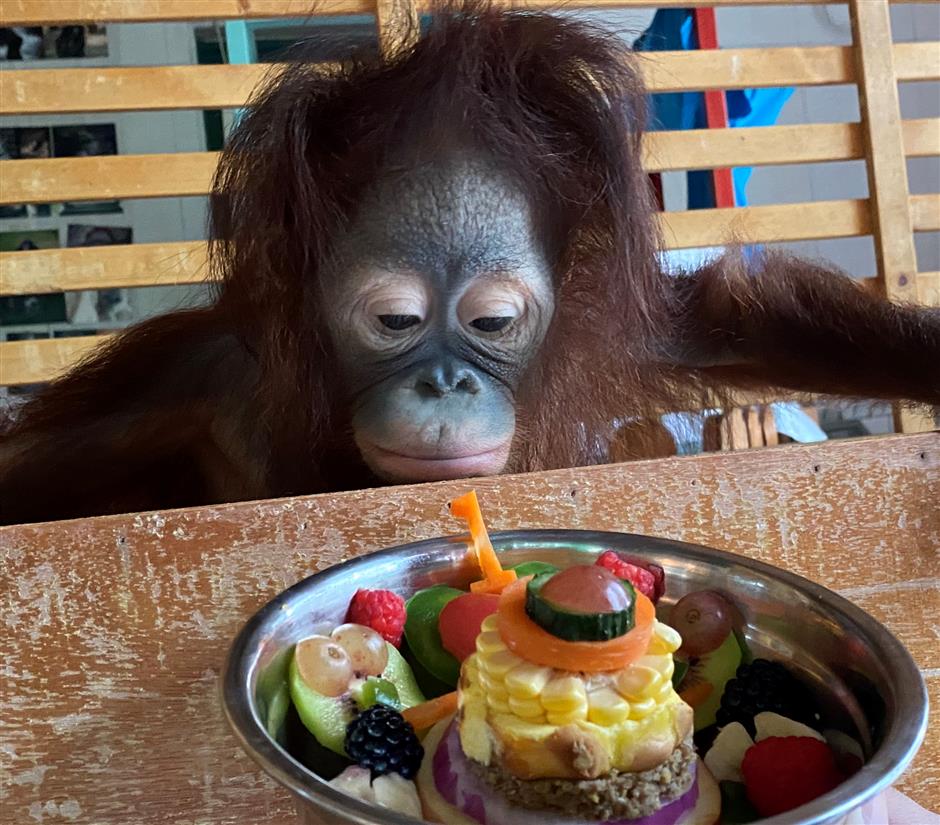 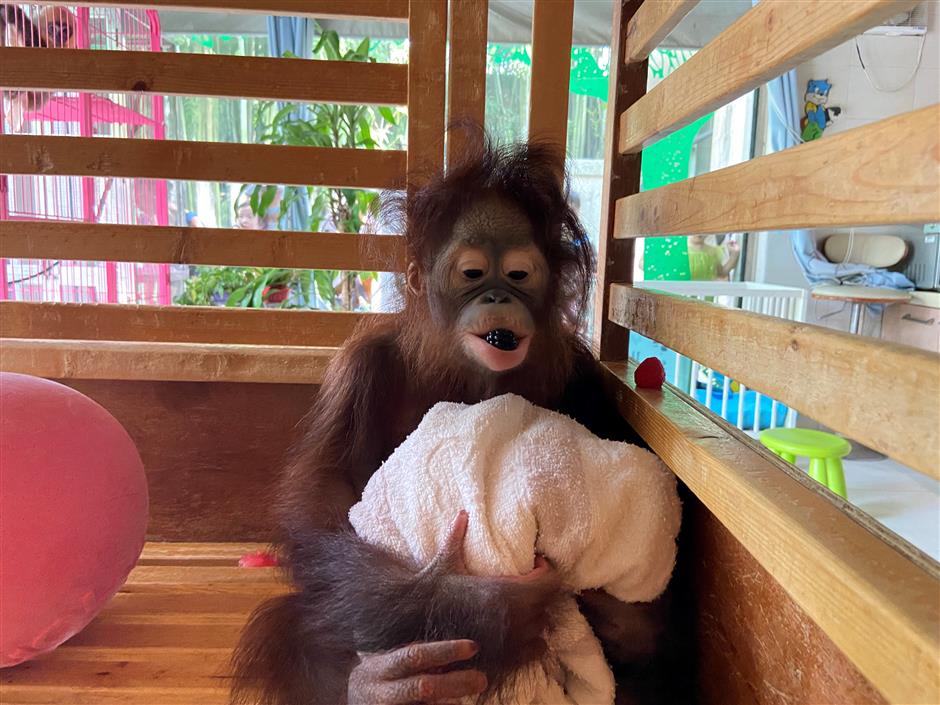 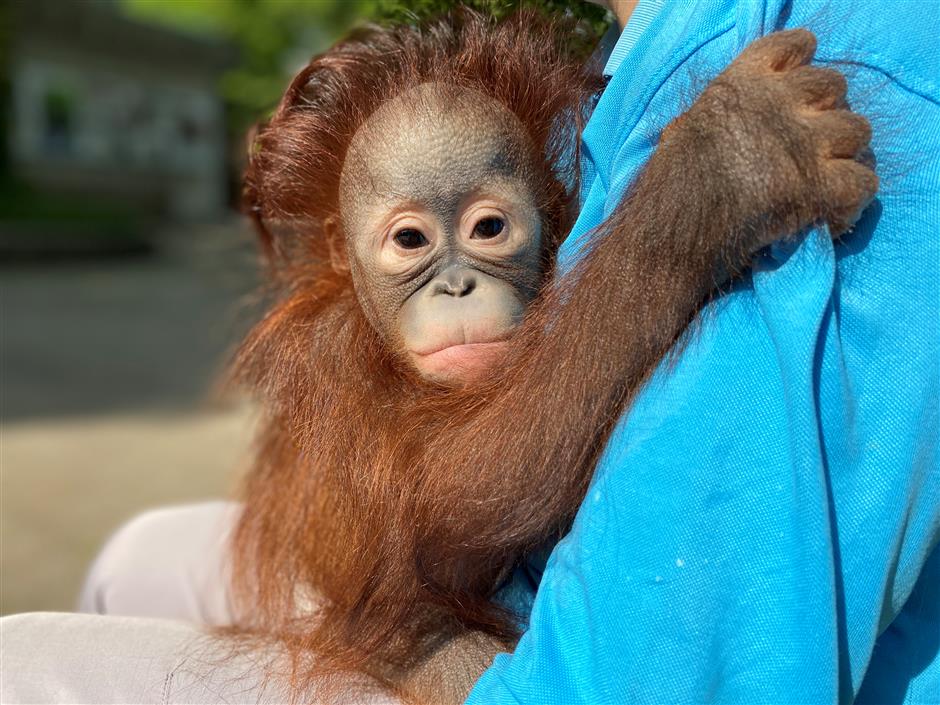 Hei Niu clings on to her keeper.

Orangutan Hei Niu, the fruit of cooperation between zoos in Shanghai and Nanjing in neighboring Jiangsu Province, celebrated her first birthday at Shanghai Zoo on Tuesday.

Nicknamed "Black Berry,” her parents are Xiao Hei at Nanjing Hongshan Forest Zoo and Lu Lu, who is now at the same zoo after delivering Hei Niu in Shanghai.

Hei Niu likes sunbathing with other orangutan babies and is under 24-hour care by zoo keepers.

She was fed milk every four hours after birth, and can now eat fruit and vegetables by herself, her keepers said.

She is very healthy and a good climber, they said.

Hei Niu enjoyed a birthday feast on Tuesday with a specially prepared cake of blueberries, blackberries and raspberries. 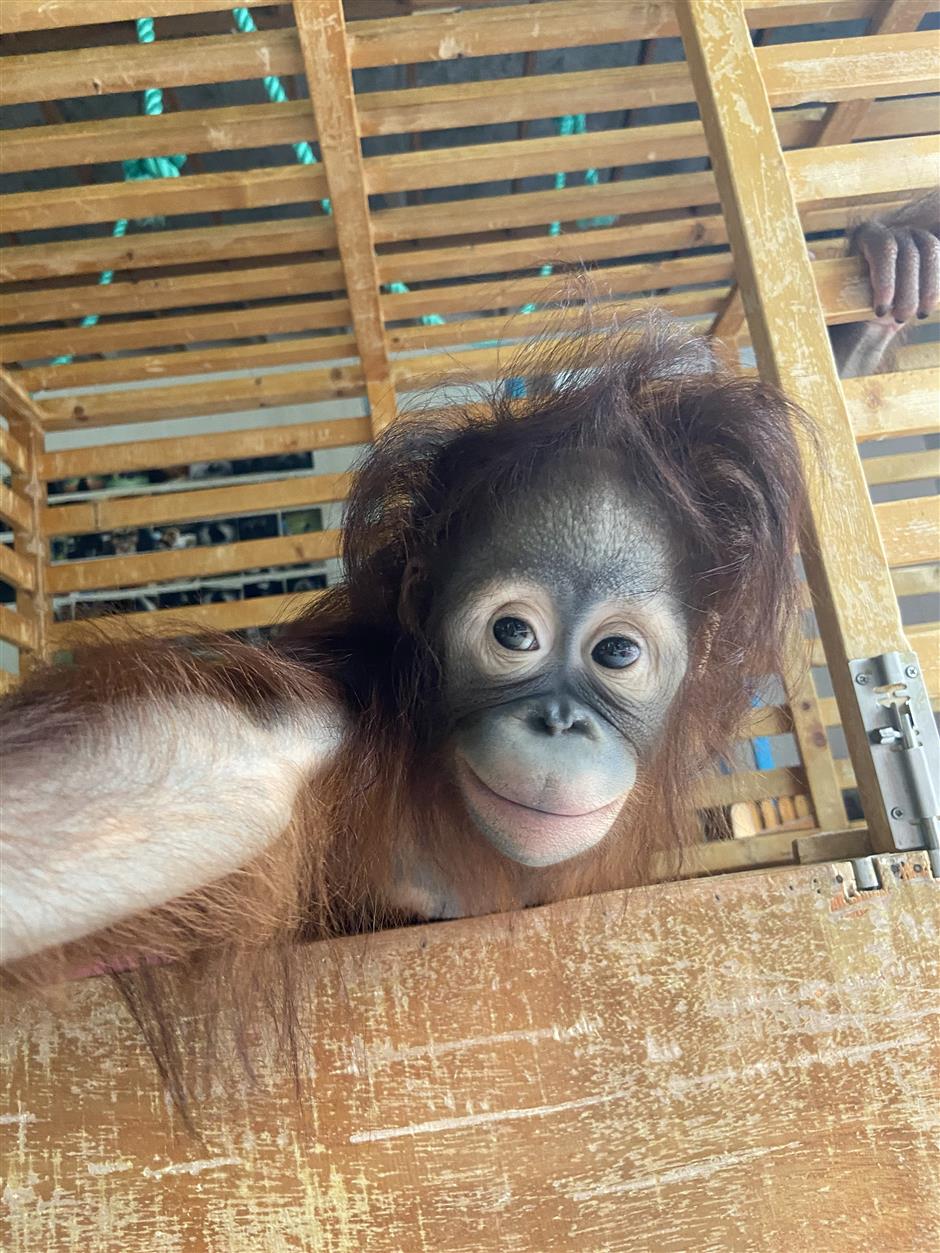 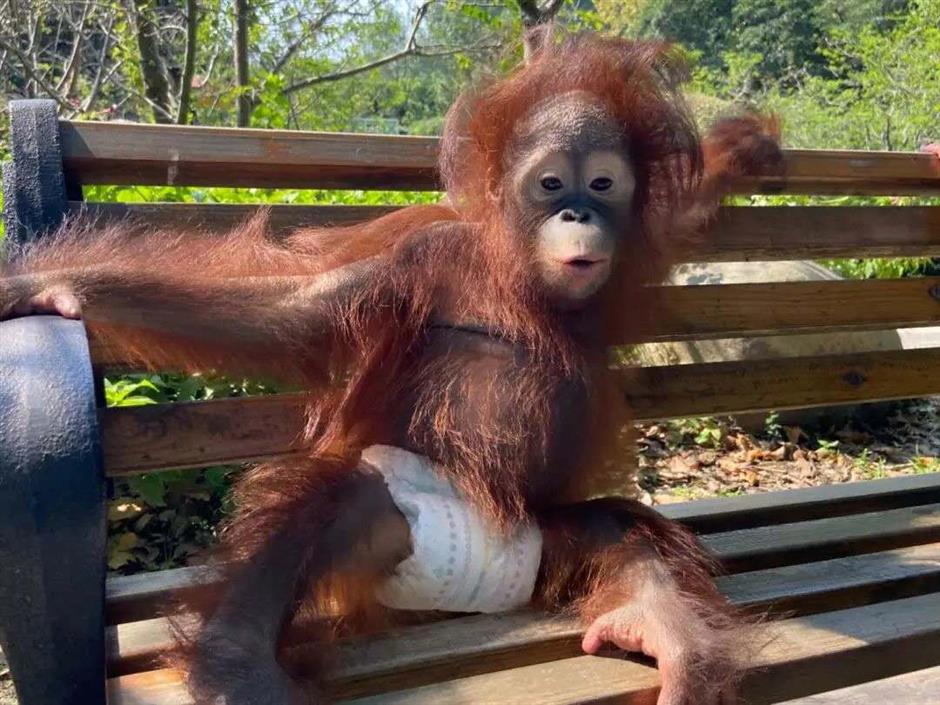 Orangutans are listed as endangered in the Convention on International Trade in Endangered Species (CITES).

Breeding is very difficult and it usually takes eight years for one birth in the wild, Shanghai Zoo said.

To expand the population, national selection on the matching of the species was conducted in 2015.

Xiao Hei and Lu Lu were selected as the best pair because they are close in age and of the same subspecies but not related, the zoo said.

In the summer of 2015, Lu Lu traveled to Nanjing and fell into love with Xiao Hei, who is active and strong, the zoo said.

Visitors are being reminded to keep quiet and not knock on the glass when they see the baby. They should also turn off their flash when taking photos. 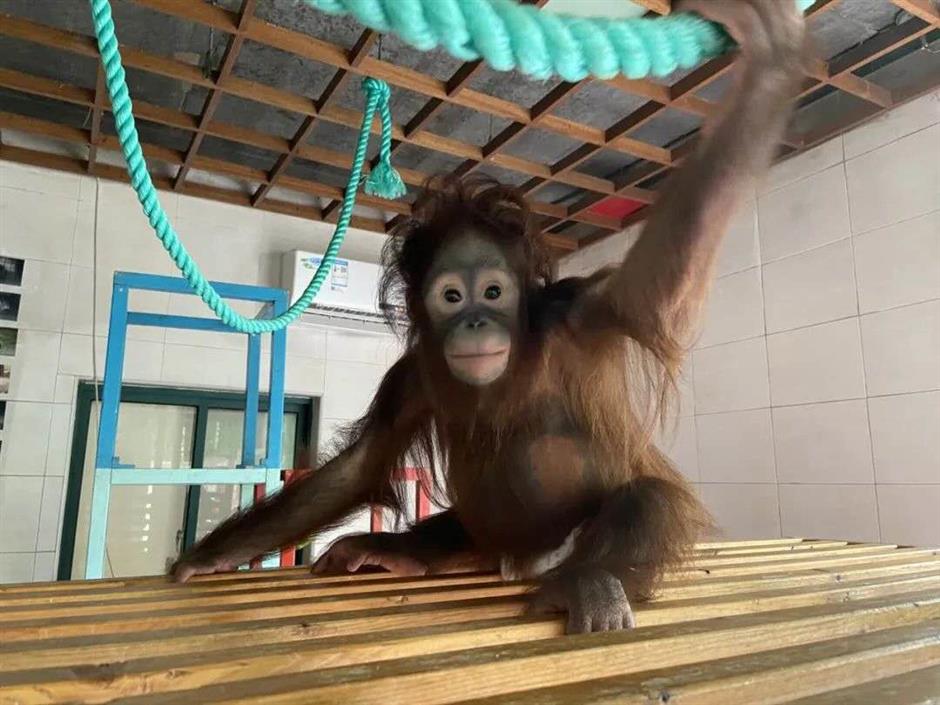 Hei Niu is a good climber.