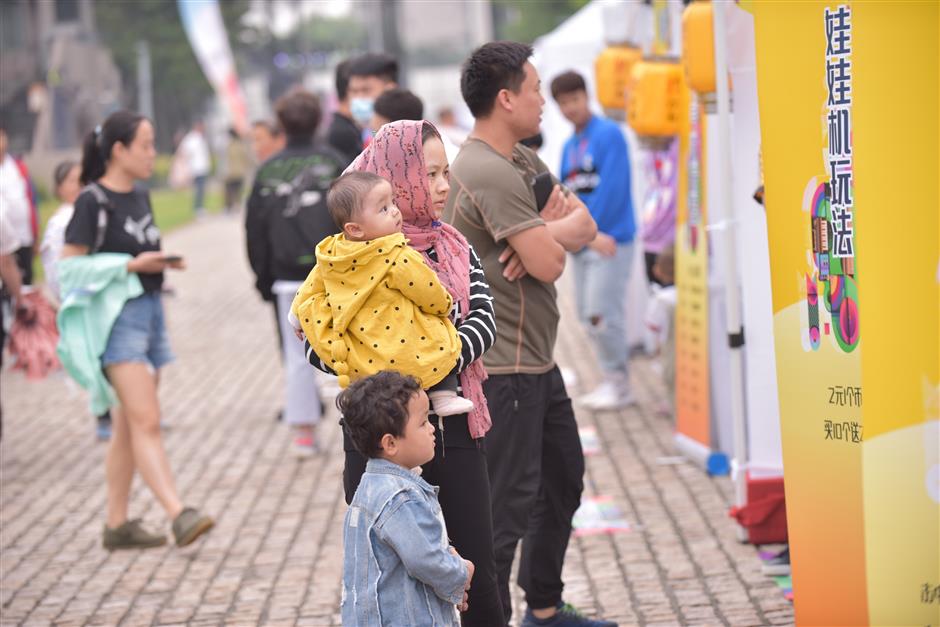 A family enjoys a trip to the bazaar at Elite Valley in Songnan Town during the Songnan Micro-tourism Festival.

An international darts competition and tourism festival were launched in Songnan Town in north Baoshan District on Friday to showcase Shanghai's former lucrative industrial center dating back to the 1950s.

As part of the ongoing Shanghai Tourism Festival, the 2020 Shanghai Darts Golden League and the Songnan Micro-tourism Festival will run through Sunday to invite visitors to explore the town’s tourist attractions.

The Elite Valley, where the darts competition is being held, was converted from a former import and export warehouse built in 1959. The warehouse once belonged to the Shanghai branch of China’s complete equipment import and export company. Many of the nation’s foreign assistance materials were transported abroad from there.

A well-preserved section of the Songhu Railway, China’s first railway that opened in 1876, is open to the public as an ideal place to take photographs. It features an old locomotive and carriages.

The site now serves as offices for over 60 high-tech and startup firms and is also a recreational complex with dining and entertainment venues.

The town has designed various events and tour routes for visitors to learn about its industrial history during the festival, said an official with the township government. 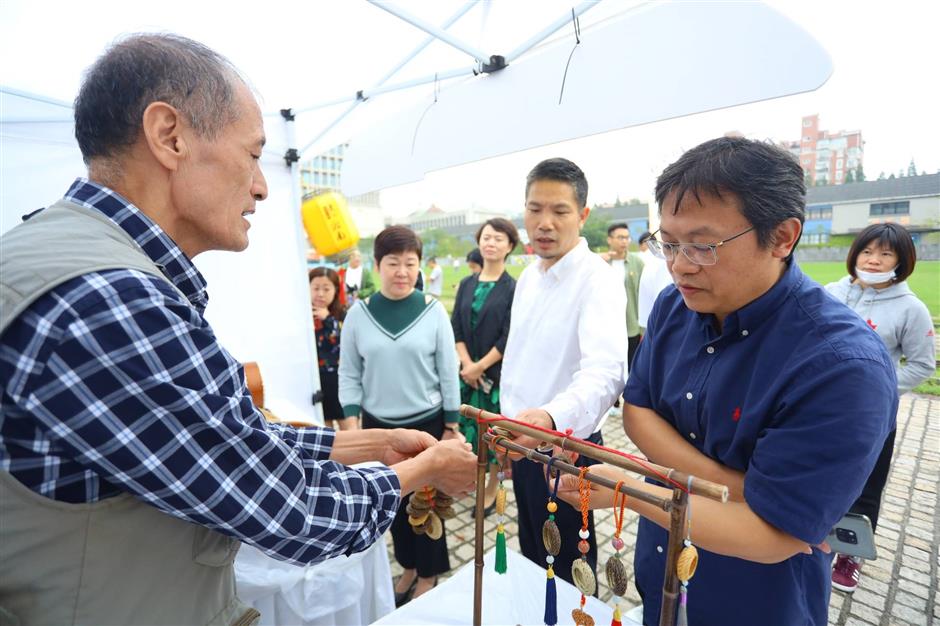 A heritage skills master shows his work to officials and visitors at the Elite Valley on Friday.

A large swathe of iron-steel and chemical factories as well as container warehouses were built in Songnan in the early 1990s with the aim of developing the historical town with steel and port industries.

However, traditional industries suffered bottleneck periods since 2000 with a shortage of resources and pollution problems. Since 2008, many of the factories have been redeveloped into high-tech parks or makerspaces.

The former site of the Shanghai Iron Alloy Plant has become a park featuring sculptures made of iron and steel left over by the plant. The Shanghai Museum of Glass, renovated from the former No. 1 Plant of the Shanghai Glassware Company, is one of the top three recommended museums in China.

Other industrial heritage along a recommended tour route during the festival includes the China Industrial Design Museum renovated from the former plant of Shanghai Happiness Motorcycles.

A major highlight, the remaining rail section of the Songhu Railway runs across the Elite Valley park. The railway that once stretched for 16 kilometers in north Shanghai was built by British firm Jardine Matheson and began operating in July 1876. The Qing Dynasty government later bought the railway. It was demolished in 1997 for the construction of Metro Line 3. 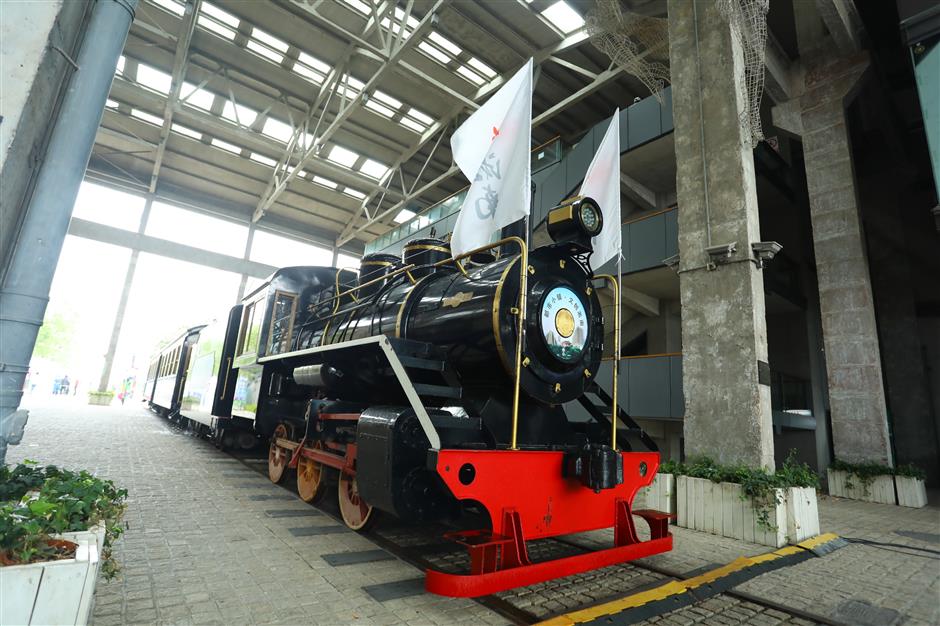 A preserved locomotive and train carriages on a remaining section of the Songhu Railway at the Elite Valley. 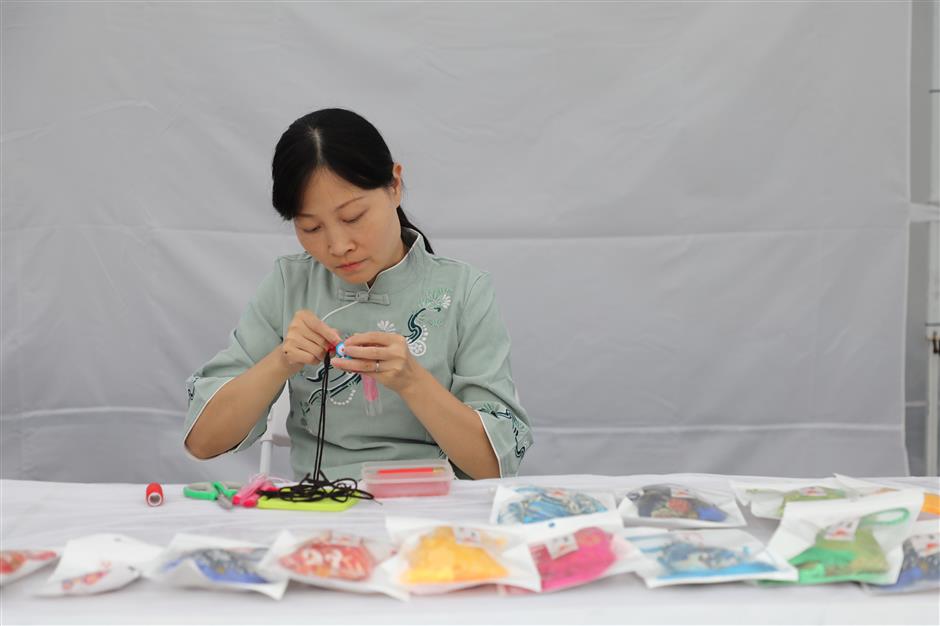 A heritage skills master demonstrates her craft at the Elite Valley on Friday. 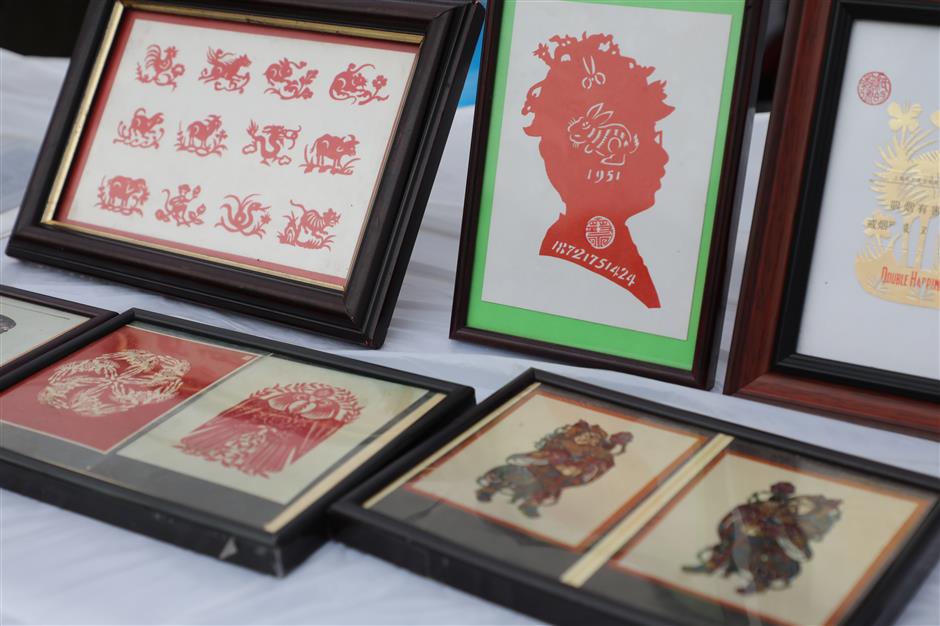 A group of traditional paper-cutting works of the town.