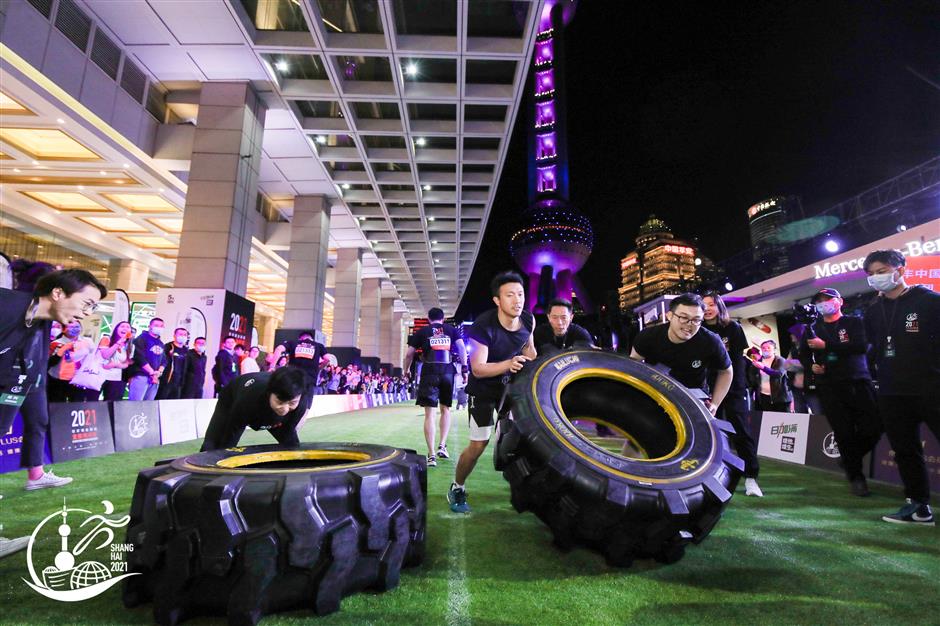 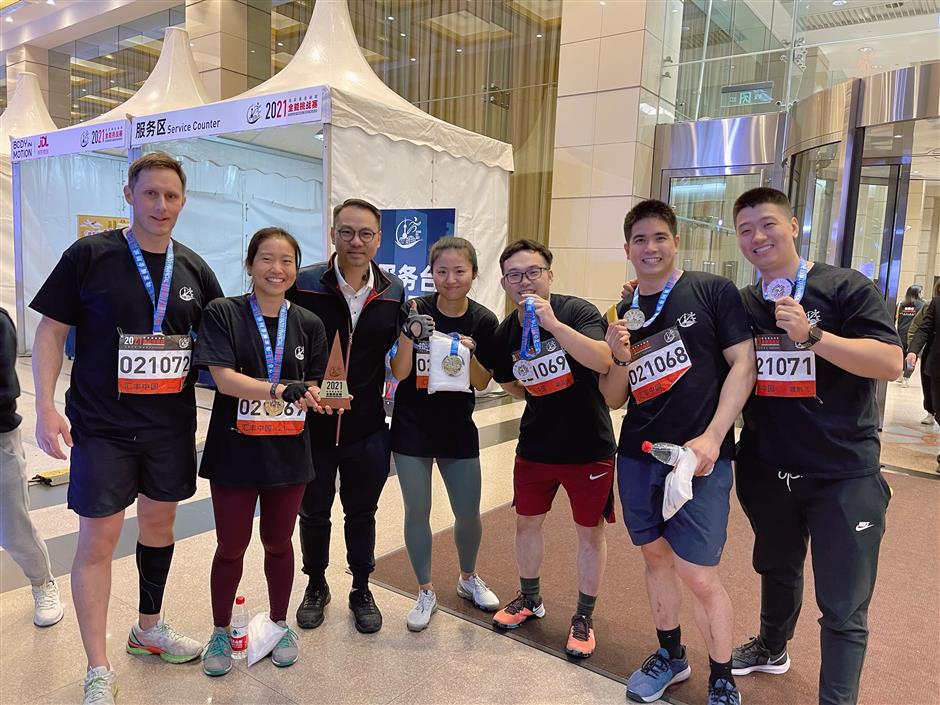 A four-day sports event for desk-bound workers in the financial hub of Lujiazui has ended at the Shanghai International Convention Center.

The first Lujiazui Financial District Decathlon, held from April 6 to 9, attracted more than 1,300 participants from over 40 companies including ICBC, Ritz-Carlton and Sun Hung Kai Properties.

Over the four days, they completed a series of challenges including pull-ups and standing broad jumps. The event raised nearly 400,000 yuan (US$61,040)  for children whose families are too poor to afford treatment of their autoimmune rheumatic diseases.

Richard Barnsley from HSBC Bank (China) Company Limited has participated in similar events organized by the financial communities in several cities such as San Francisco, Singapore and London.

“I felt it was a good way to combine important themes: healthy living, working with my colleagues, and being part of the Greater Financial Community in Lujiazui," he said. "Although we work for different firms, we are all part of supporting Lujiazui, Shanghai, and China through our companies."

He believes exercising and team sport is a good way to explore and learn about the city as well as meet people.

“It is important to enjoy and immerse yourself in local activities, cultures and life," he said. "My experience in Shanghai and China has been great. Last night, I ran with a friend along the Bund around Suzhou Creek, you can see history and modern life up close. Something will always surprise and amaze.”

He thinks it’s good to socialize with “neighbors” in Lujiazui through sports. It can encourage healthy competition, promote common progress and repay the community through charity.

According to the Lujiazui Subdistrict, the sports meeting will be held annually to build a platform for local office workers to make friends and enjoy sports. Also, it can increase their sense of belonging.