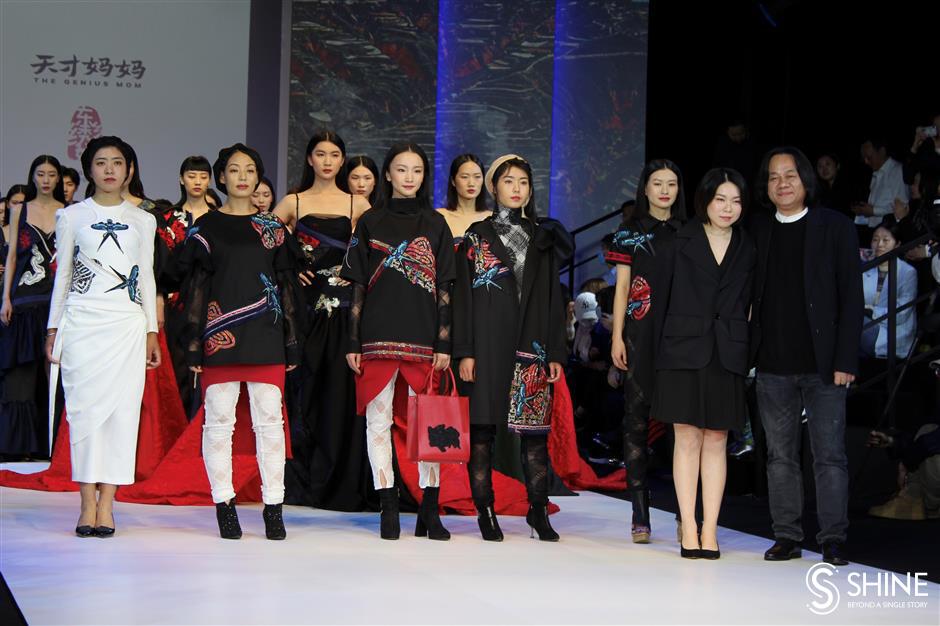 Designers Zhao Zhaoda (right) and Zhang Kaihui (second from right), Dongxiang local women embroiderers, and models acknowledge on the stage at the end of the unique show.

The embroidered patches, made by about 50 women embroiderers from mountainous regions in Dongxiang over 12 days and nights and decorated on fashionable dresses designed by top Chinese designers Zhang Zhaoda and Zhang Kaihui, present the world with couture by women from China’s mountainous inland.

During a ceremony ahead of the fashion show, Country Garden Holdings, a top home builder in China, donated 10 million yuan (US$1.54 million) to China Women’s Development Foundation. The fund will be used to support a women’s embroidery project in Dongxiang County in the Linxia Hui Autonomous Prefecture.

Deng Yaping, a renowned Olympic ping-pong champion, was selected as one of the ambassadors for the women’s poverty-alleviation cause.