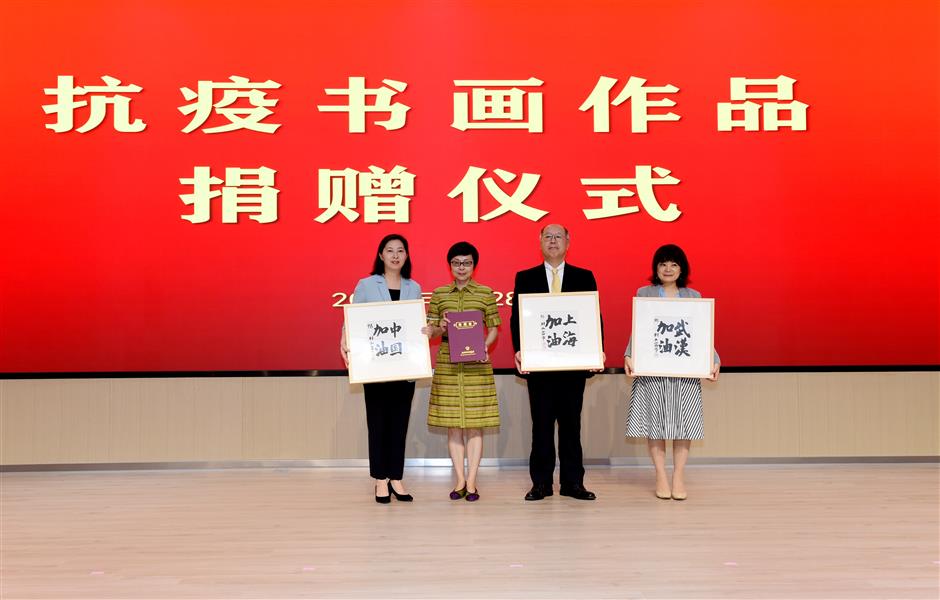 A batch of paintings and calligraphy works created by artists from home and abroad during the COVID-19 pandemic was donated to the Shanghai Archives on Wednesday.

The donations include three pieces of calligraphy works written by former Japanese prime minister Tomiichi Murayama to cheer up Chinese people after the novel coronavirus outbreak.

Murayama, 97, who issued a landmark apology for World War II in 1995, wrote "Go China," "Go Shanghai" and "Go Wuhan," referring to the then epicenter of the pandemic in central Hubei Province, in Chinese calligraphy in 2020 at his home in Oita-shi, Japan. He also shot a video to show the calligraphy work and support China's fight against the pandemic.

Zhang said he was inspired by the video of Murayama and created the artworks to send gratitude to international friends for their support to China's fight against the pandemic. 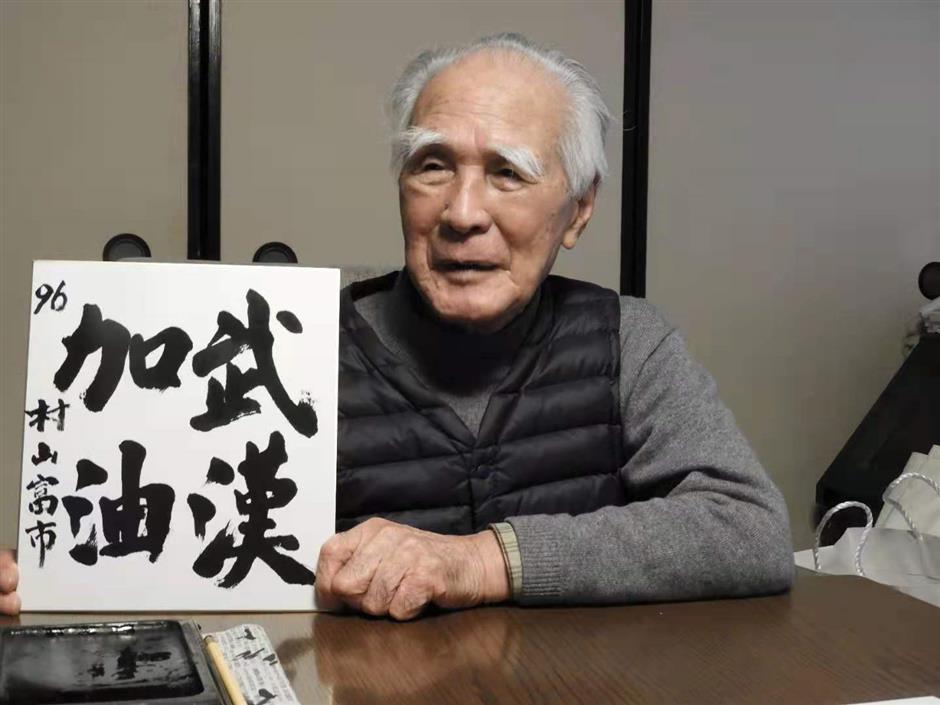 He painted a traditional Chinese painting titled "Superior Prosperity of Spring and Autumn," which indicates that China will definitely win the campaign and shows respect to those who fought on the front line of the battle against the coronavirus.

"I'd like to bring forth the courage and confidence of China during the fight against the COVID-19 to the world," said Zhang.

"The paintings and calligraphy works show the joint efforts of local and international artists against the pandemic," said Xu Weiwan, the curator of the city's archives.

"The artworks also display the cooperation and friendship between China and Japan during the pandemic," she added.

The artworks have been collected at the new site of the Shanghai Archives in the Pudong New Area, which is China's biggest provincial-level archives complex.

The site on Baiyang Road features an exhibition on Shanghai's history since it opened its port in 1843. Visitors can search the archives for free.

Some 4.6 million pieces of archives are collected in the new complex, which includes a 17-story warehouse building, a four-story technical building and a five-story public service center. It is open to visitors who make reservations. 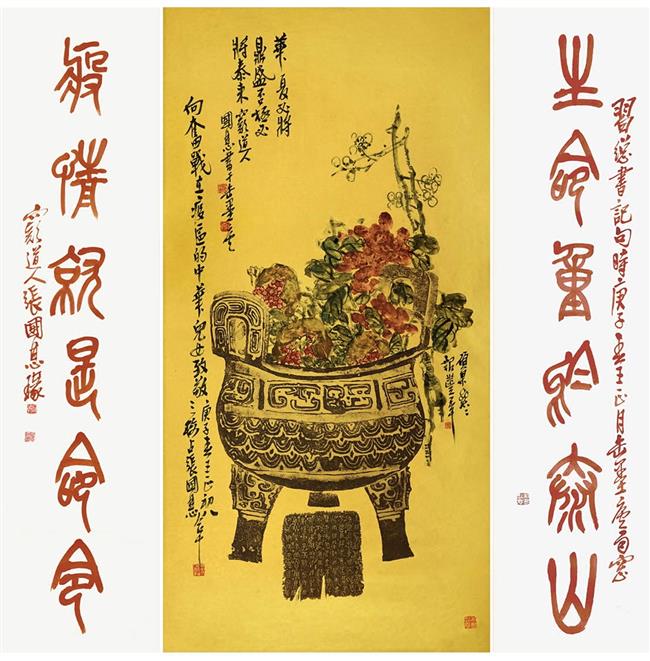 A painting of Zhang Guoen, the fourth generation apprentice of famous painter Wu Changshuo (1844-1927), was donated to the Shanghai Archives on Wednesday.