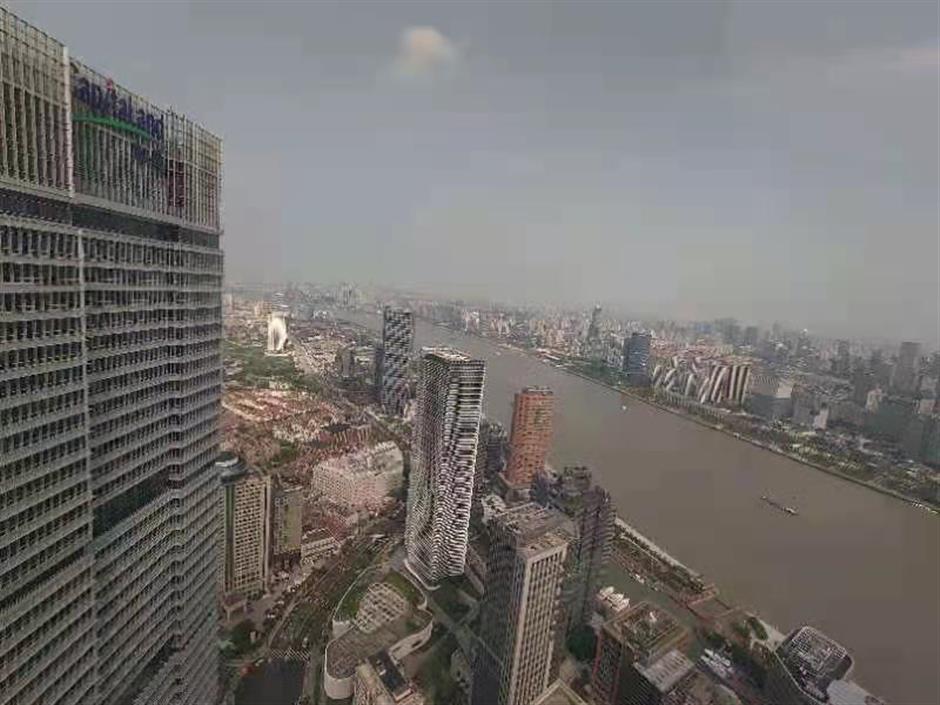 The waterfront in Hongkou is intended to become a "global wealth management highland," on a par with the Bund and Lujiazui financial hubs on the opposite of Huangpu River, the district government said on Thursday.

The Shanghai Asset Management Park is expected to further attract leading global financial firms to the North Bund, which is already home to a large swathe of financial enterprises in Shanghai Hedge Fund Park and Shanghai Fintech Park.

A total of 1,895 financial companies are based in Hongkou, with 7 trillion yuan (US$1.08 trillion) worth of assets under management, including one-eighth of China's mutual funds, the district government said.

The tax revenue of the financial sector in Hongkou has increased by 64 percent between January and June this year, making it a pillar industry of the downtown district.

According to the blueprint for North Bund development, Hongkou aims to become the core region for Shanghai's ambition to become a global asset management center.

The government will offer subsidies and awards to financial sector companies and professionals. The senior managers of companies, for example, will receive housing subsidies to help them settle in Hongkou. They will also be availed of green channels for applications for visa, work and residence permits and talent apartments.