Red lanterns hung up high, chunlian poetic lines, and a variety of folk activities are being rolled out across the city in preparation for a "staycation" Lunar New Year holiday.

Xingshi, Guangdong-style lion dancing especially performed during holidays and at big events, has raised the curtain of a one-month's celebrations at the Super Brand Mall in the bustling Lujiazui area. 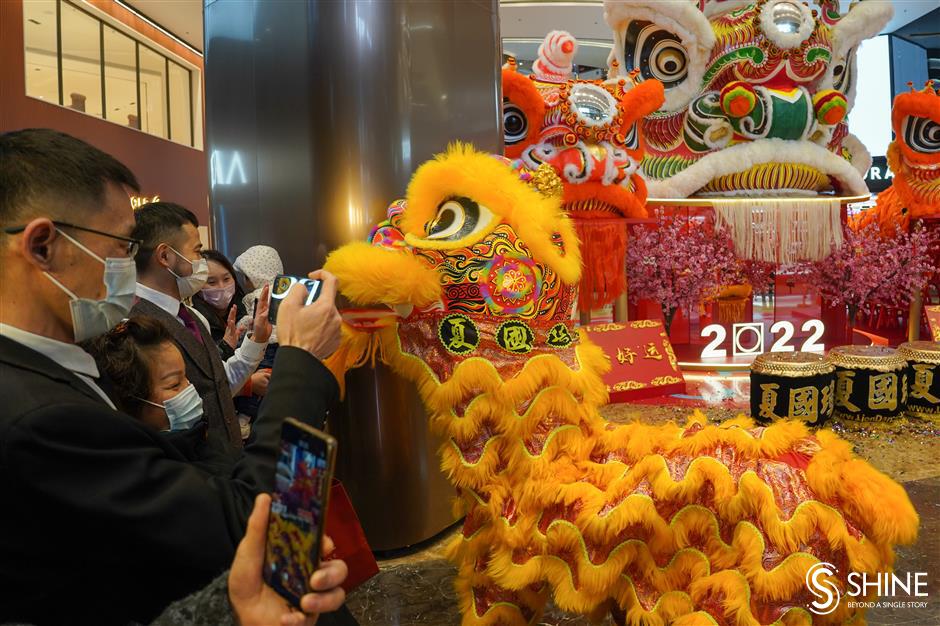 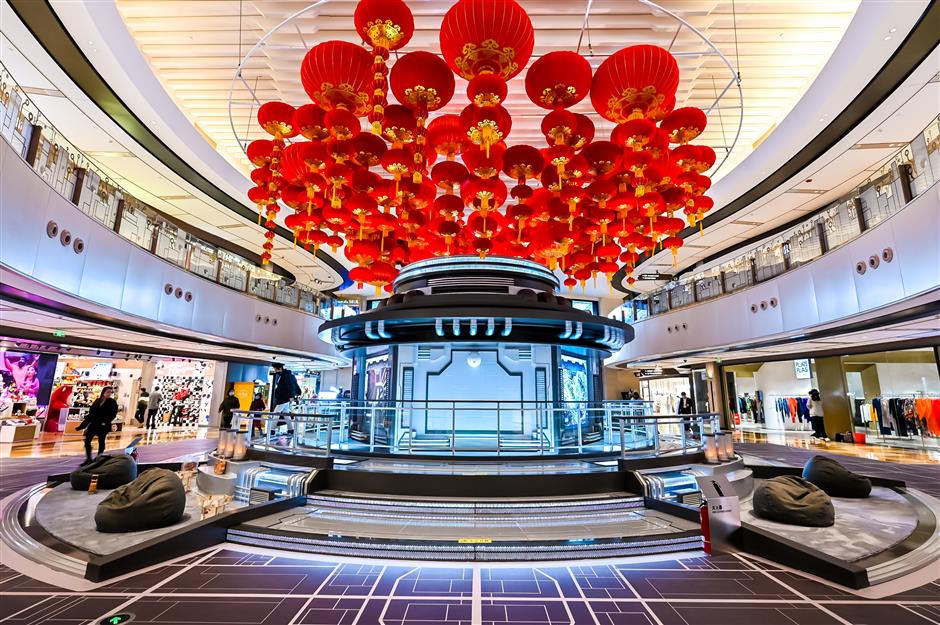 Red lanterns atop an art and technology installation at HKRI Taikoo Hui.

The elaborately-crafted lion heads in different sizes have been placed at the mall's gate to represent the spirit of struggle and awakening, alongside an installation made of giant lion heads, artificial peach blossom trees and other auspicious items.

On the third floor, there is a flower market, the first of its kind in retail malls in Pudong's key commercial areas. Highlights are different species of phalaenopsis, one of the favorite flowers for Chinese people to decorate their homes in the Lunar New Year, which falls on February 1. 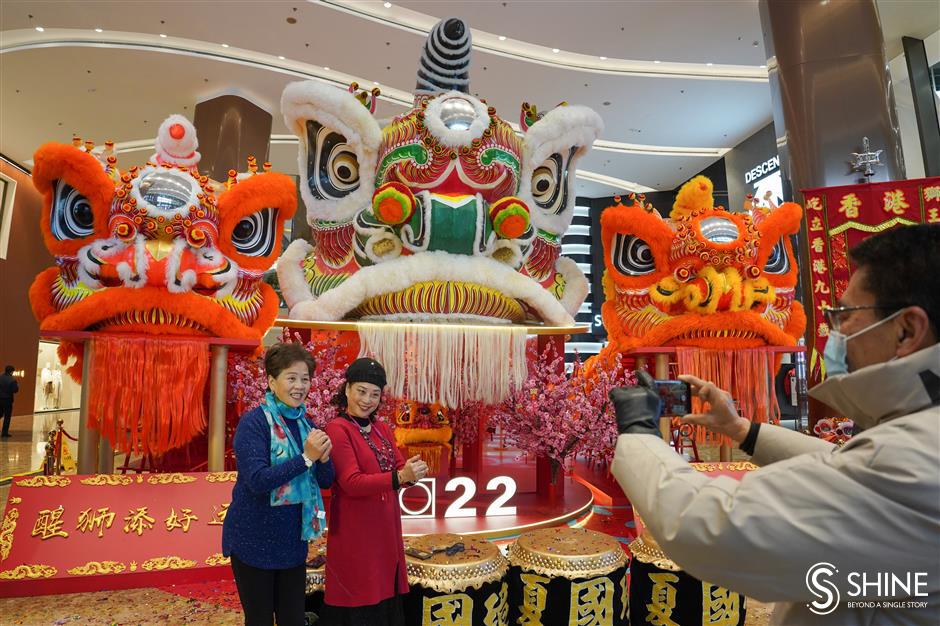 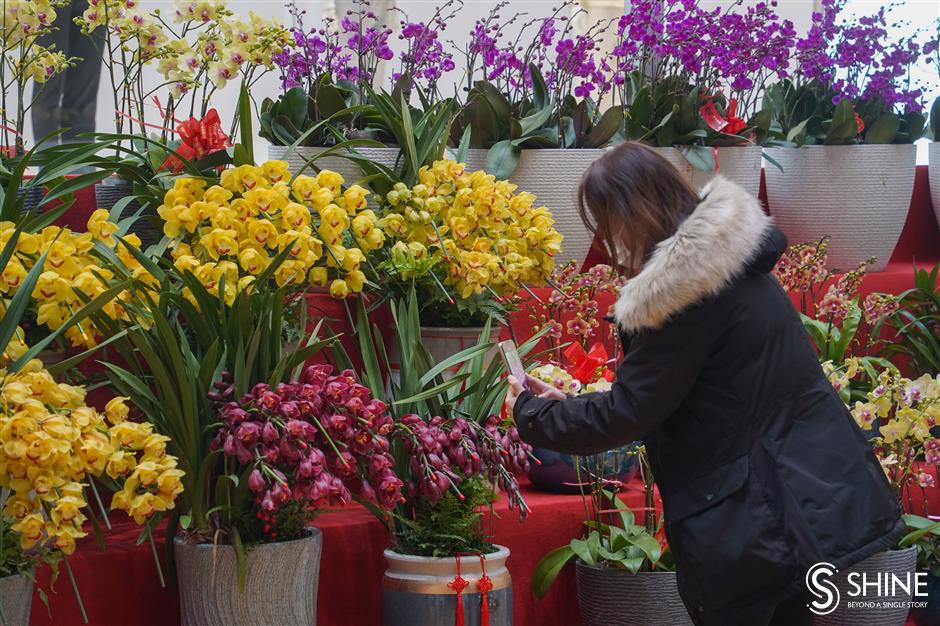 There are also stalls displaying and selling handicrafts of intangible cultural heritage, such as paper-cutting and bamboo weaving.

From January 31 to February 6, live music shows, pi ying xi, or Chinese shadow puppetry, and other activities will be held. 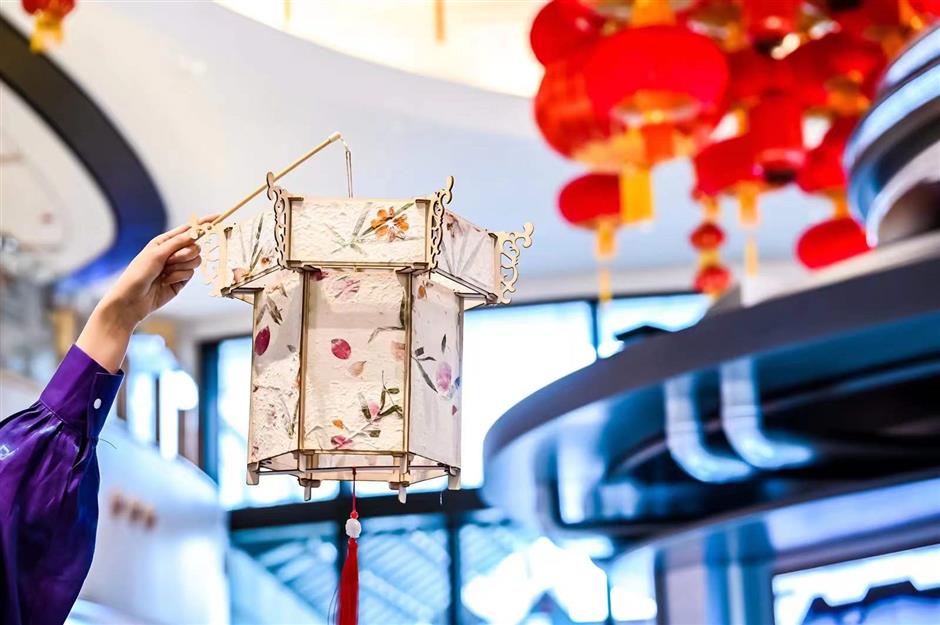 A traditional Chinese lantern at the HKRI Taikoo Hui. 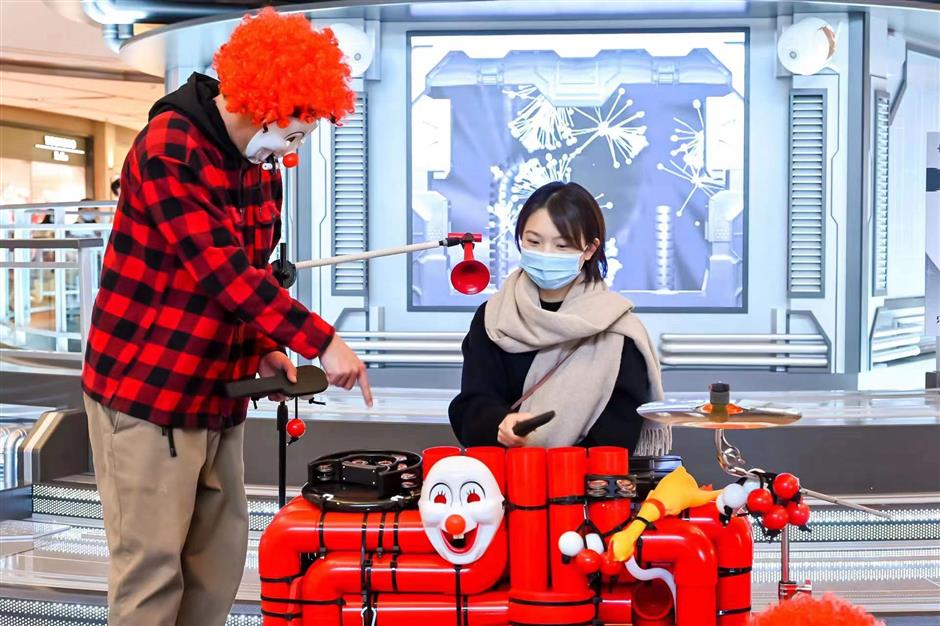 A live music performance at the HKRI Taikoo Hui.

It has created an avant-garde installation on the second floor. Customer can make online reservations on the mall's WeChat application to enjoy magic performances, write chunlian, or Chinese New Year couplets, and take part in other interactive activities.

It has also worked with renowned illustrator Tango to turn its underground passage leading to the Metro Line 13 into an art gallery.