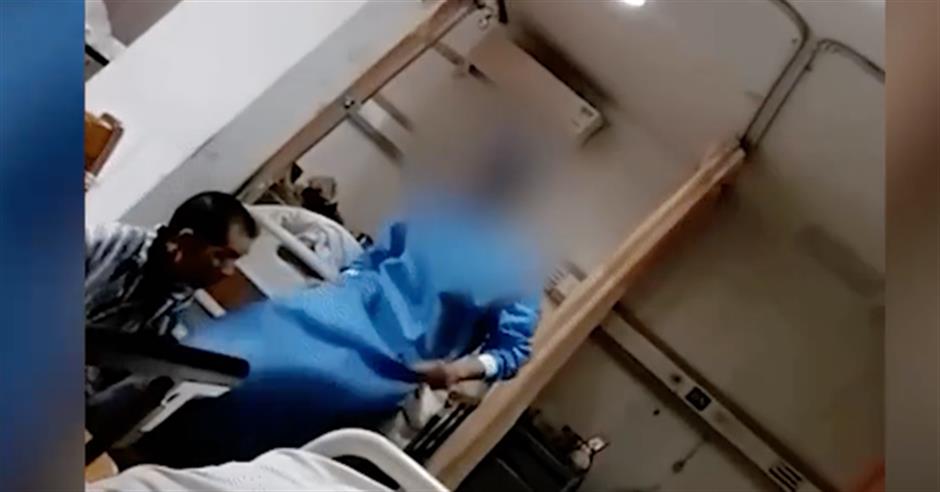 A woman kicks a health service center patient in the vlog.

A nursing worker at Waitan (Bund) Subdistrict community health service center in Huangpu District has been suspended after a vlog showed her continuously beating a senior patient.

Huangpu District's health commission said it has established an investigation team to investigate the incident with police.

In the vlog lasting about 40 seconds, the female staffer is shown to be constantly kicking the elderly patient.

The health service center confirmed the woman featured in the vlog was a nursing employee and the male was a patient hospitalized in the facility.

It alerted police and reported the incident to the district's health commission on Wednesday after an employee saw the vlog on WeChat.

The nursing service provider company the woman worked for is making rectification, according to the health commission.