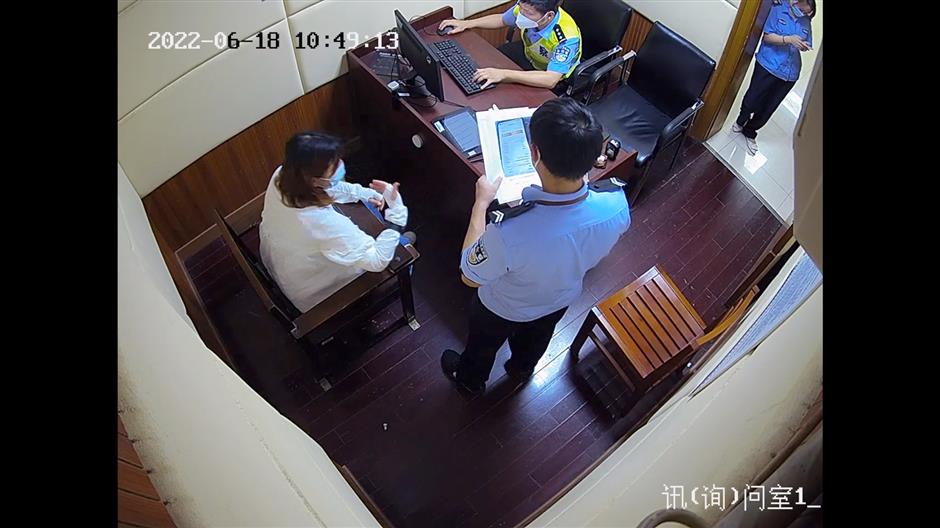 One of the offenders, a woman surnamed Liang (left), being questioned by police

One, a 38-year-old woman surnamed Liang, twice used computer software to modify the dates of her PCR test results to avoid taking tests more frequently as required by her company, police said.

The other, a 31-year-old man surnamed Xia, asked Liang to do the same for him twice after learning what she had done.

Liang and Xia were caught by Pudong and Jiading police respectively and both tested negative.

The two were given an administrative detention for forging official documents. 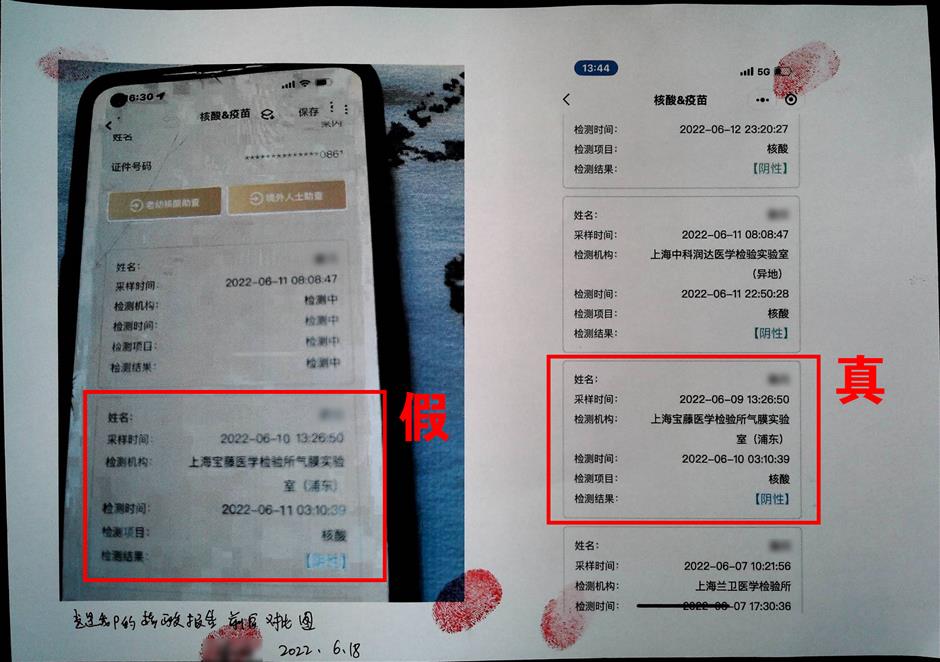 Liang confessed she had modified a PCR test result form June 9 to June 10 with computer software.